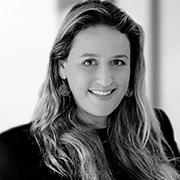 Tania is the Head of CPP Investments’ São Paulo office and is also responsible for leading and overseeing the Direct Equity Investments Latin America group and the Portfolio Strategy & Operations group.

Tania holds a BA in Industrial Engineering from Escola Politécnica da Univerdade de São Paulo. She is currently a board member of Equatorial.