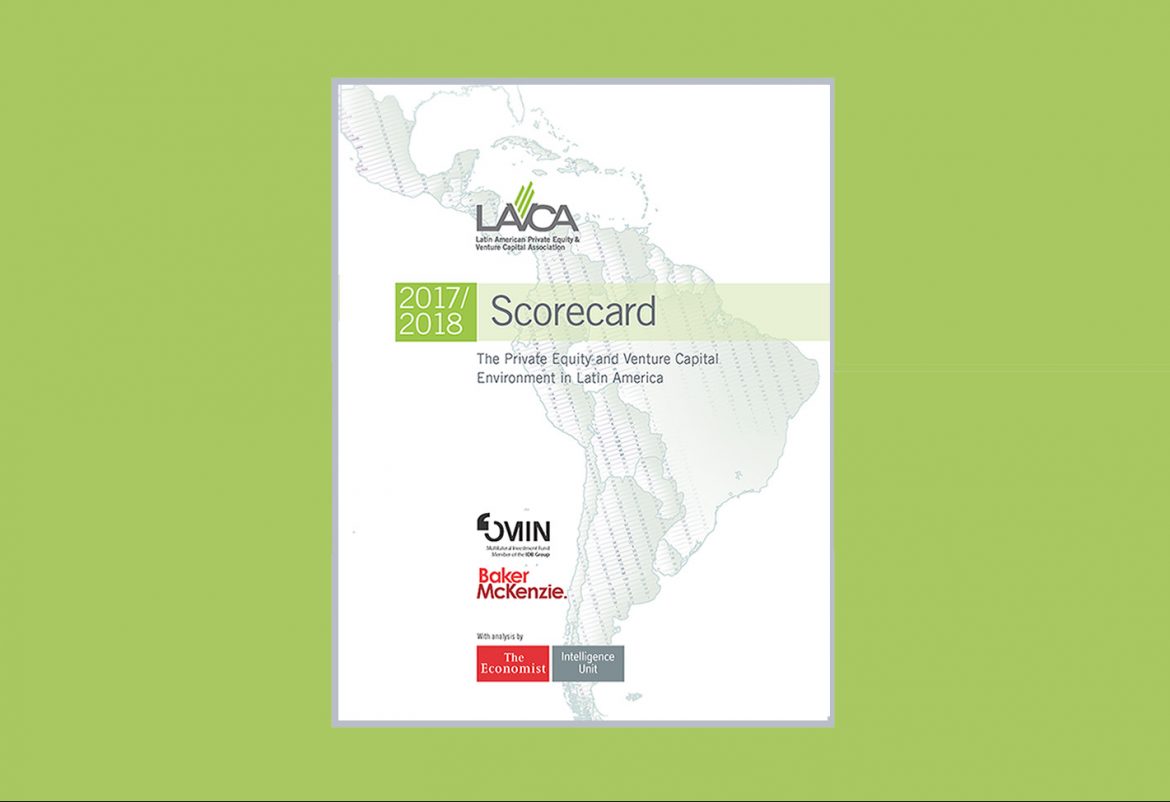 LAVCA first published the Annual Scorecard on the PE/VC Environment in Latin America in 2006, establishing an important benchmark on the region’s markets for investors, fund managers and policymakers.

Produced in collaboration with the Economist Intelligence Unit and with the support of FOMIN and Baker McKenzie, the Scorecard ranks countries based on indicators including taxation, minority shareholder rights, restrictions on institutional investors, and capital markets development.

Since the publication of the last edition of the bi-annual LAVCA Scorecard in mid-2016, Latin America has seen major shifts in political leadership and the macroeconomic environment. Both Argentina and Peru elected pro-business presidents, albeit by narrow margins, who are ushering in ambitious reforms and whose cabinets include officials with private equity resumes. In Brazil, the fallout from a massive corruption investigation led to the impeachment of one president, and her replacement, who was implicated in bribery schemes, is struggling to remain in power in order to pass much needed reforms. Despite progress in the implementation of energy, telecom, and other reforms, Mexico has been buffeted by a political shift in the US which is forcing a  renegotiation of NAFTA. And Colombia signed a long-awaited peace agreement with the country’s largest rebel group.

The environment for private equity and venture capital has also shifted, with decreased fundraising for both country level and regional funds in 2016. At the same time, institutional investors pursuing direct investments such as Canadian pension plans and sovereign wealth funds have significantly increased their investments in Latin America’s major markets.

As in past editions of the Scorecard, both Chile (71) and Brazil (69) lead the regional ranking, despite downgrades on the indicator for restrictions on local institutional investors. In the case of Chile, popular uprisings against the existing pension fund system have led to a broad review of the regime’s viability going forward, further dampening the appetite of Chilean pension funds for participation in local PE/VC funds.

The 2017/2018 Scorecard was produced by LAVCA and the EIU with support from the FOMIN and Baker McKenzie. It ranks 14 countries based on the following indicators:

LAVCA collaborated with law firms, PE funs, association, and individuals in the production of the 2017/2018 Scorecard, including: