Co-authored by Luis Gabriel Morcillo and Lyana Isabella Antonietta De Luca Ruiz of Brigard & Urrutia in Bogotá, Colombia and Philip T. von Mehren and Damien G. Scott of Venable LLP in New York, NY. This Overview does not constitute legal advice, and was prepared and updated as of February 8, 2016.

1. What are the Colombian regulations that affect international private equity firms investing in Colombia?

Colombia does not impose any specifically targeted limitations on foreign private equity funds investing, directly or indirectly, into a Colombian portfolio company. Nonetheless, Colombia does impose on the fund, or any vehicle used by the fund, rules generally applicable to all foreign investors purchasing an entity or making an investment in Colombia.

The Colombian economy is considered relatively open in comparison to other economies in Latin America. Foreign investment is freely permitted in almost every sector of the economy, with the exception of national defense and security and the processing and disposal of toxic, hazardous, or radioactive waste not originated in the country. Nonetheless, foreign investors must register their investments with the Colombian Central Bank. This obligation allows the Colombian Central Bank to supervise, for statistical purposes, investment flows and, in addition, allows foreign investors to (i) transfer abroad the dividends generated from their Colombian investment; (ii) reinvest dividends and income derived from such investment; and (iii) transfer abroad any income from the sale of the investment, the liquidation of the investment, or the reduction of the company’s capital.1

2. What are the Colombian regulations that affect international private equity firms raising funds in Colombia?

Colombia does regulate local and foreign PE firms that raise capital in Colombia. Decree 2555 of 2010 regulates the offering of foreign financial products to Colombian residents, including those offered by private equity funds and other collective investment vehicles (UCITS, SICAVs). This Decree provides that foreign securities can be marketed or promoted to Colombian residents only if the foreign financial institution (i.e. a private equity firm) promoting these securities has either (i) entered into a referral agreement with a local brokerage firm or an investment bank or (ii) incorporated a representative office in Colombia. A third way that a fund can raise capital in Colombia is if the Colombian resident (not the fund itself) initiated the relationship.

The main difference between these first two requirements is that if a fund enters into a referral agreement with a local brokerage firm or investment bank, then the fund itself will not be promoting the securities directly to the Colombian market. If on the other hand, a fund establishes a representative office, the international fund will directly promote the sale of its securities to the Colombian market.2 However, as mentioned above, the fund will avoid the need for a referral agreement or incorporation of a representative office if the relationship was initiated by the Colombian resident.

In addition to the requirements mentioned in question 2 above, for international funds seeking to raise capital from local pension funds and insurance companies, Decree 2555 establishes the following requirements:

• Either the fund’s manager (be it a sociedad administradora and/or the offshore general partner itself) or its parent company must be located in an investment grade jurisdiction. This grade must be assigned by a globally recognized rating agency (i.e. Standard & Poor’s; Fitch Inc.’s or Moody’s)

• In the case of a fund of funds, the fund in which the fund of funds is investing must meet the 5 years of experience requirement and, although not entirely clear how it would do so, the requirement to hold US$1 billion in assets.

4. What are the Colombian regulations that affect the formation of local PE funds in Colombia?

Local private equity funds are formed as a fondo de capital privado. These vehicles can mimic most of the basic provisions found in international fund documentation (e.g. carried interest, preferred return for LPs, indemnification for the GP and its members, etc.) The regulation was created in 2007 when local pension funds were first allowed to invest in private equity and pooled fund structures.5

The structure of fondos de capital privado is generally consistent with global market practice, having a similar gestor profesional (general partner) and limited partner structure. In addition, however, the fund must also have a sociedad administradora (a locally registered and regulated administrative entity) which acts as the legal representative of the fund and as a liaison between the fund and the local authority (Superintendencia Financiera de Colombia or SFC).

The structure of fondos de capital privado is generally consistent with global market practice, having a similar gestor profesional (general partner) and limited partner structure. In addition, however, the fund must also have a sociedad administradora (a locally registered and regulated administrative entity) which acts as the legal representative of the fund and as a liaison between the fund and the local authority (Superintendencia Financiera de Colombia or SFC).

Gestores Profesionales (general partners) do not have to register with the SFC but must have at least five years of experience in managing local or international private equity investments.

Regarding the formation of a fondo de capital privado, no prior approval of the SFC is required. The fondo de capital privado merely registers by filing all necessary documentation, including the partnership agreement (Reglamento), the resolution of the Sociedad Administradora’s board of directors approving the incorporation of the fund, the contractual agreement between the Sociedad Administradora and the Gestor Profesional (the general partner), etc. Within a span of three weeks, the SFC issues a non-objection or no action letter to the fondo permitting the fund to begin operations.

In practice, if funds are raised from institutional investors only, the fundraising process is completed before filing with the SFC and funds can begin operating once a non-objection letter is issued. However, if funds are raised from among non-institutional investors or via a roadshow, the filing may be completed before negotiations are finalized and reflected in the Reglamento. If this approach is taken, the fund must refile all pertinent documentation with the SFC for a second review6

5. What additional Colombian regulations affect the manaagement of PE funds in Colombia?

A major issue facing fondos de capital privado relates to valuation methodologies. Two issues exist: First, the SFC can currently reject any valuation procedures that do not comply with the General Accounting External Resolution (Circular Externa 100 de 1995). As the SFC still does not officially recognize international practices such as ILPA’s or EVCA’s valuation guidelines, some fund managers find the rules confusing and difficult to adhere to. A second issue is the regulation requiring all fondos de capital privado to hire licensed, third party consultants to provide a valuation of the fund’s assets (proveedores de precios) and to value each of the fondo de capital privado’s portfolio companies. Third party valuations are precarious for two reasons. First, in most jurisdictions the fund itself values its portfolio companies. The gestor profesional (general partner) is highly incentivized to provide accurate valuations as valuations differing significantly from their exit values would diminish limited partner confidence. Such a self-regulatory approach is highly common in developed markets. Second, currently there are only two proveedores de precios (third party valuation consultants) licensed to provide third party valuation services. However, neither of these entities have the industry specific expertise necessary to provide accurate valuations. Nevertheless, private equity industry is conducting ongoing discussions with the SFC concerning the overturning or reconsideration of mandatory third party valuations.

Another issue concerning the domestic private equity market concerns funds of funds. Local funds, including fondos de capital privado, appear to be prohibited from becoming a fund of fund and thereby investing into other local funds or international funds.

1Two links that provide useful overviews of rules governing foreign investments in Colombia are (i) a 184 page introductory legal guide to doing business in Colombia, created by ProColombia, a government web site, with sections summarizing Colombian laws and regulations regarding such topics as foreign investment, intellectual property and dispute settlement, and (ii) a Lex Mundi web publication prepared by Brigard & Urrutia Abogados providing a general summary of Colombian laws, including on M&A in Colombia, capital markets, taxation and other topics: http://www.investincolombia.com.co/publications/legal-guide.html http://www.lexmundi.com/lexmundi/Guides_To_Doing_Business.asp
2For purposes of Decree 2555, “promotion” means any communication or message, made personally or using any other means, whether or not on a mass basis, with the purpose of initiating, directly or indirectly, the purchase of a product or the rendering of a service in the securities market. Therefore, activities such as roadshows, one-on-one visits or cold calls fall within the definition of promotion.
3As a practical matter, since a PE fund creates a new general partner for each new fund, the sociedad administradora normally is the only entity that is in a position to aggregate the AUM over several different funds.
4As general partners are formed on a fund-by-fund basis, the legal representative normally is the entity that can meet this 5-year requirement.
5Decree 2175 of 2007 and amendments made to General External Circular (Circular Básica Jurídica) of the Superintendence of Finance of Colombia.
6ProColombia has also published on the internet a summary of rules regulating private equity funds in Colombia entitled “Basics of Private Equity Funds in Colombia Legislation.” http://www.investincolombia.com.co/publications/basics-of-private-equity-funds-in-colombian-legislation.html 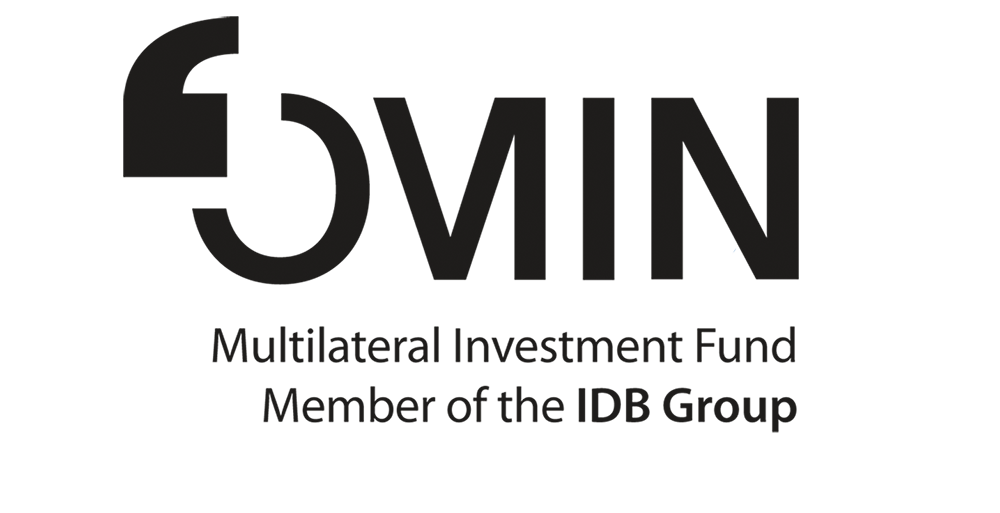 This section provides relevant industry resources for Latin America private equity and venture capital fund managers and investors in areas including valuation, LP-GP relations and corporate governance. Guidelines are gathered from multiple industry associations, many of whom have worked together to develop consistent policies and to promote best practices in the global private equity and venture capital community.

LAVCA endorses the International Private Equity Valuation Guidelines (IPEV Guidelines) and considers them an acceptable method to be used by Latin America private equity and venture capital funds. The Valuation guidelines provide fund managers and investors with a framework to examine the value of existing investments. The guidelines are consistent with International Financial Reporting Standards (IRFS) and US Generally Accepted Accounting Principles (US GAAP).

The Institutional Limited Partners Association (ILPA) has developed a set of Private Equity Principles with the goal of strengthening the relationship and communication between limited partners and general partners. The ILPA Principles are structured around three guiding principles – alignment of interest, governance and transparency.

The Framework was produced in a process involving more than 40 limited partners from 11 countries, 20 Private Equity Associations – including LAVCA- and 10 general partners.