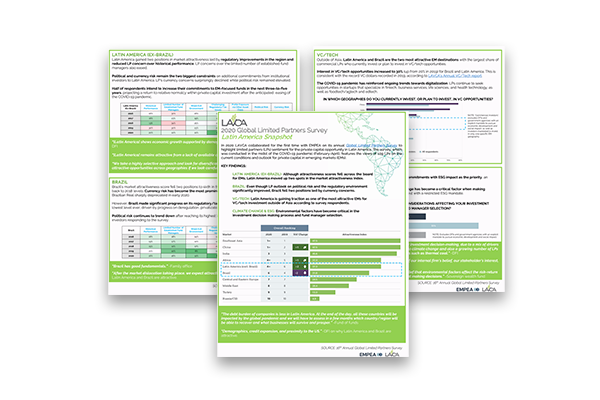 In 2020 LAVCA collaborated for the first time with EMPEA on its annual Global Limited Partners Survey to highlight limited partners (LPs) sentiment for the private capital opportunity in Latin America.

The survey, which was conducted in the midst of the COVID-19 pandemic (February-April), features the views of 109 LPs on the current conditions and outlook for private capital in emerging markets (EMs).

Have data questions or inquiries for LAVCA? Contact our Research Desk, available during business hours at [email protected].