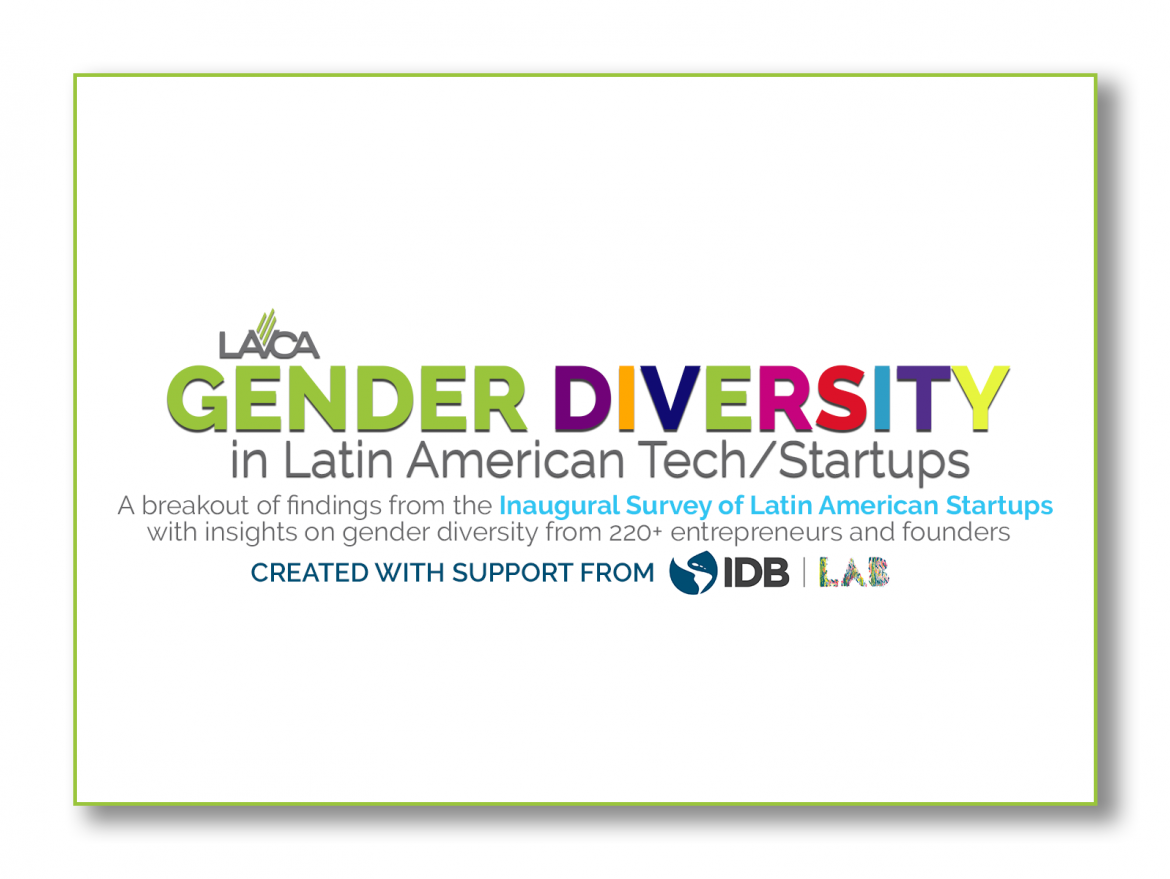 A 6-page breakout of findings from the Inaugural Survey of Latin American Startups with insights on gender diversity from 220+ entrepreneurs and founders. Report highlights include:

The Inaugural Survey of Latin American Startups captures key insights from 227 startups, with 88% of responses coming from Founders and C-level executives. The majority of responding startups have raised US$500k to US$100m+ in funding.

The survey was conducted by LAVCA in Q4 2018 and startups were verified by LAVCA’s research team across a range of primary and secondary sources. Results are reported in aggregate unless otherwise agreed with the startup.

CREATED WITH SUPPORT FROM