Inside Another Record Breaking Year: Review of Tech Investment 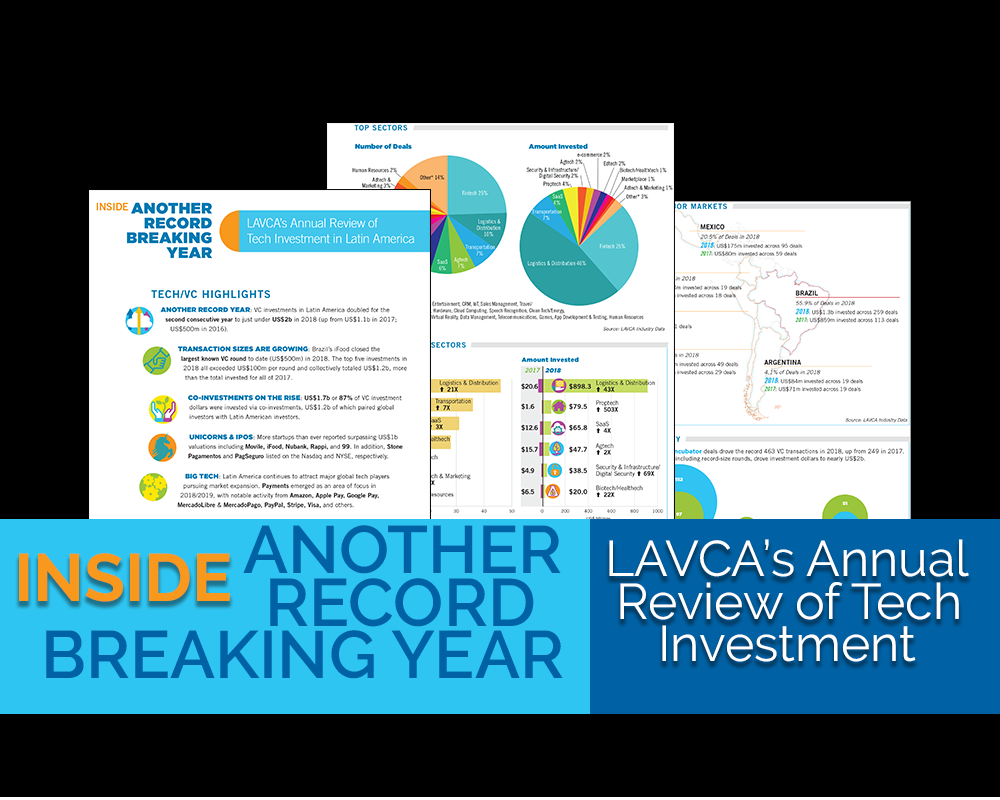 VC investment in Latin American startups has quadrupled since 2016 to a record US$2b in 2018.

Investment by traditional VCs as well as corporates such as Movile, Naspers, SoftBank, Tencent, and Delivery Hero are supporting a new wave of investments in startups in the region, including record US$100m+ rounds in logisitics and distribution companies like iFood, Loggi, and Rappi, as well as fintechs like Nubank.

Access LAVCA’s Annual Review of Tech Investment in Latin America, an 8-page report with insights on the major markets and sectors, top deals by amount, most active investors and new players, co-investments, and more.