A 20-Year Journey: An Interview with Technisys CEO Miguel Santos 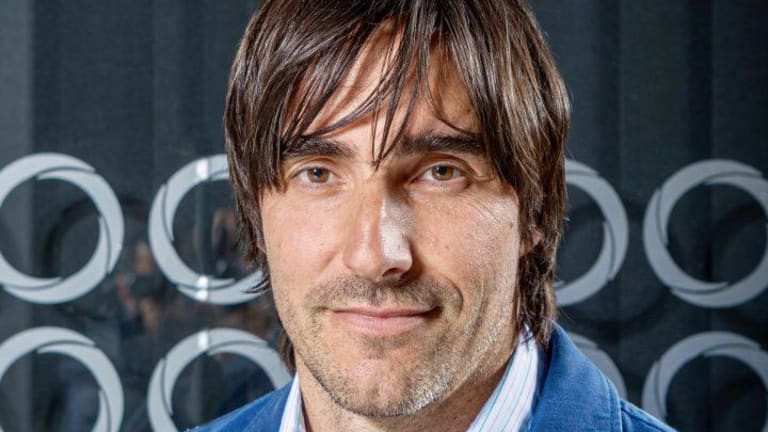 SoFi, a US-based consumer finance management platform, recently acquired Technisys, a digital banking platform with operations in Latin America, the US and Canada in a USD1.1b all-stock transaction.

LAVCA interviewed Technisys CEO Miguel Santos on the acquisition, the evolution of digital banking since the company’s’ launch two decades ago, and the current trends of Banking as a Service and embedded finance in Latin America.

How has Technisys evolved since its launch more than 20 years ago?

A friend of mine refers to Technisys as a “20-year overnight success”. We started the company with the idea of creating an internet banking platform and the idea was powerful – the internet was barely coming into our lives and transforming everything. There is no garage culture in our countries, but we literally started the company from a living room with only three computers on top of a piano.

Back then, even when we had the right vision we didn’t have the proper experience and did not know how to run a business. All in all, we were not really well prepared and we did not know about the tools of venture capital – at that time there was no LAVCA, no Riverwood Capital, no KASZEK, and no Dalus Capital in our region – so it was very difficult to fundraise in Latin America.

We probably started the company ten years earlier than the actual market existed. We were first knocking doors in banks and people weren’t even using the internet, but slowly we realized how big the trend was going to be for the region.

We ended up bootstrapping the company for more than 10 years. Our first round in 2009 was only a million dollars, which was very decent for a round – now a million dollars might only be the size of an angel investment. After facing the Argentine crisis in 2001 combined with the dot-com crash, we got to survive and were selected as Endeavor entrepreneurs. From that point on, we never stopped growing for a single year. Endeavor planted on us the idea of going big and creating scalable businesses.

What is your view on the current trend of Banking as a Service and embedded finance companies in Latin America?

From my vantage point, the current ecosystem can be broken down in two main segments: On one hand, you have traditional banks interested in product digitization, which represents a USD1t market given that 95% of those entities are still running on legacy systems. On the other, you have the first wave of single-product fintechs that pretty soon realized they needed to launch other products to grow their customer base and cross-sell and properly capitalize on their market opportunity. More than 70% of the new fintechs and new entrants that want to disrupt the market are building on top of old legacy systems. It doesn’t make any sense.

From an infrastructure investment perspective, companies can either choose to build their own systems in house – just like Nubank did, which is a very successful case, but took too long and was very expensive to implement – or can approach a Banking as a Service company which can offer them a mix of technology additional to anything they might need from the regulatory side. However, in the middle you have the choice of implementing strategies such as acquiring a banking license and choosing the best technology for your company independently. If you’re envisioning your company to have a 20+ growth trajectory, such as Mercado Libre, or much longer such as HSBC, you most likely will want to choose the best technology that will allow you to gradually differentiate. Banking as a Service on its own will not allow you to do that.  In order to win you need to be different, and to be different you need to build your own infrastructure.

What is the biggest challenge for legacy financial institutions to modernize and adopt your infrastructure?

The most challenging part is not technology but culture. Some organizations are either too slow, too heavy or too used to a way of doing things, so they need to move faster now and adopt technology at a faster pace in order to remain relevant.

Let me be clear: the technology is already there. Forget about Technisys – there are other four or five players globally that could be offering similar services, but the current organizational culture in Latin America is the biggest barrier for adoption.

Walk us through the strategic thinking behind SoFi’s acquisition of Technisys.

We were already on a traditional path to publicly list through an IPO in ~2 years and we were already preparing and suddenly we received the offer and accepted because there are no many chances in life to be able to really create a global winner in class.

The transaction originated based on a traditional supplier-client relationship. After we began our relationship with SoFi, their team realized that our technology was quite unique. Even from the small group of four or five global vendors I mentioned before, Technysiss’ fundamental difference is that our technology is product agnostic. We provide a highly scalable execution machine that banks can leverage to create multiple types of products – from traditional ones such as savings and checking accounts, to newer ones such as BNLP (Buy Now Pay Later) and joint lending accounts.That is very different proposition than just mimicking the old ways of doing banking with new technology. I think that is what SoFi saw in Technisys – they saw the opportunity to really build something really big on top of our infrastructure. That is why SoFi CEO Anthony Noto calls Technisys “the AWS of financial services”.