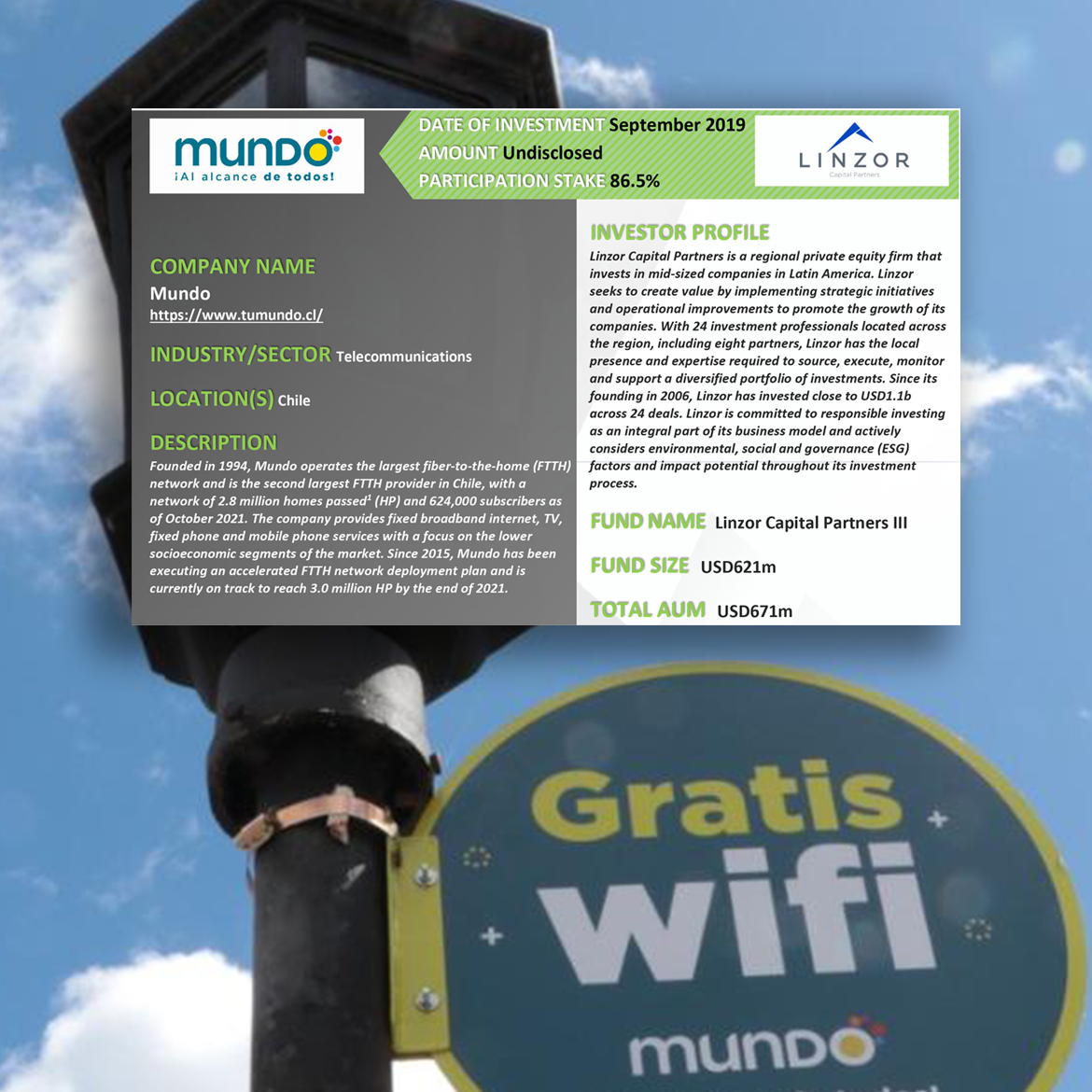 EXECUTION
In October 2019, Linzor Capital Partners led a consortium comprising LP co-investors and Mundo’s management team to acquire 100% of Mundo. At the time, the company already had a network of over one million HP and more than 11,000 km of fiber. Linzor’s investment thesis was centered around supporting the company’s growth plans in fiber infrastructure, expanding its product offerings and implementing a robust commercial plan to attract new subscribers.

ESG IN FOCUS
Mundo’s low-cost fiber broadband services generate a positive social impact by increasing the availability of fast and reliable internet for underserved populations. Mundo has a presence in 170 of the 346 districts in Chile and a third of its clients are in cities with fewer than 50,000 inhabitants. Many of the smaller localities served by Mundo were previously ignored by the incumbents, and their inhabitants did not have access to high-speed internet services. In addition, the company’s FTTH technology and disruptive price positioning have pressured dominant internet providers to upgrade their own technologies and lower their prices, making robust internet more accessible across the board….. download the full case study to read more.