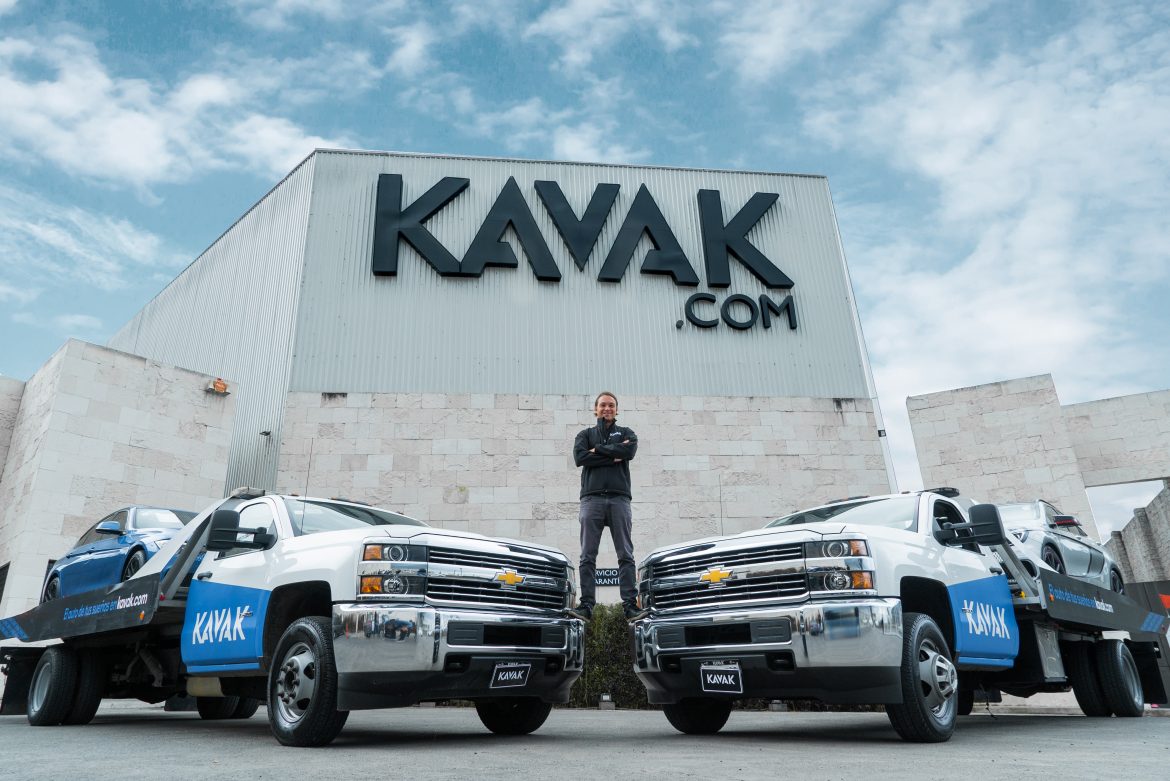 (Press Release) – Kavak, the leading company in the pre-owned car market in Latin America, announced $700 million in a Series E round, placing its new valuation at US $8.7 billion. The announcement takes place only five months after the last investment round (Series D), multiplying the company value for the second time in 2021 – previously at US$4billion. Kavak achieved the unicorn status in October, 2020.

After this $700 million Series E, the company led by Carlos García Ottati, -CEO and co-founder of Kavak-, became the second most valuable private startup in Latin America, even before celebrating its 5th anniversary.

Kavak’s business model has revolutionized the pre-owned car market in Latin America through formalization: ensuring reliable transactions that mitigate fraud, and raising up pre-owned cars standards from a mechanical and safety point of view by using artificial intelligence and data technology. In addition, the company aims to facilitate access to financing to more people, contributing to impact their lives positively.

“A car is one of the few goods that automatically changes people’s lives. We have observed how having a car drives you to improve your educational, professional and personal approaches. If we do our job well, in the next 20 years, the middle class should grow up by 30% in emerging markets just by granting financing products to a huge amount of people that are excluded today, giving them a tool that can definitely enhance their lives”, said García Carlos García Ottati, CEO and Founder of Kavak.

Over the past year, the company has grown from 300 to more than 5,000 employees in Latin America. Kavak’s infrastructure includes 40 logistic and reconditioning hubs in Mexico, Brazil and Argentina. The amount secured in the Series E will allow it to drive and accelerate its growth and expansion plan in emerging markets around the world.

“We are focusing all our efforts into reinforcing our customer experience at a global scale. This investment amount will allow us to move fast in becoming the solution for everything involving customer’s cars, including hiring more than 500 engineers worldwide that are already working on developing the best product ever. We don’t want to buy and sell cars only; our goal is to create long lasting relationships with customers and cars.”, said García Ottati.

Kavak’s Series E has been led by General Catalyst, with the participation of Tiger, Spruce House, D1, SEA, Founders Fund, Ribbit, Softbank, among others.

“Kavak has established itself as the clear leader in Latin America’s pre-owned car market. The company has developed a playbook for providing a transformational customer experience with a compelling and efficient economic model. We are excited for Kavak to expand into other emerging markets where a similar opportunity exists to drive financial inclusion and empower the middle class through access to car ownership, said Adam Valkin, Managing Director at General Catalyst.

Kavak plans to expand its operations to several other markets in the next 12 months; the company sees a clear opportunity in Latin America but also in emerging markets worldwide, where people have similar needs and where Kavak can become a key ally for local economies in the formalization of the automotive industry; also, we will use our new resources to strengthen our vision and focus on creating extensive long-term relationships with our clients, to be there for them in every moment of their experience.

“Our goal is simple: we want to make car ownership an amazing experience and help our customers have fair and easy access to financing solutions for obtaining a vehicle. These resources will be fundamental in accelerating our footprint in Latin America and worldwide. We started in Brazil last July, and we will continue in other potential emerging markets where Kavak can add significant value to people suffering similar issues”, said Carlos García Ottati.

In the upcoming months, the Latin American unicorn will focus its actions on accelerating its expansion in emerging markets, and improving its customer experience, to continue the transformation of the automotive sector, guaranteeing greater access to financial tools that allow people to access the vehicle of their dreams in every corner of the world.