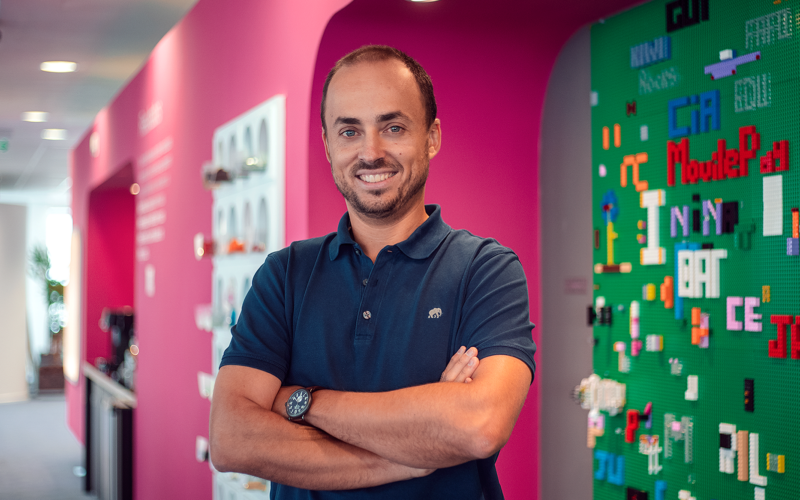 LAVCA interviewed CEO Patrick Hruby on the evolution of Movile since its founding in 1998, and his vision for its future growth in fintech, logistics and gaming in Latin America.

LAVCA: Walk us through Movile’s evolution over the past two decades. How did the business shift its focus from providing solutions for feature phones to operating in fintech and logistics?

Patrick Hruby: The story of Movile is a story of reinvention, transformation and evolution. Movile started as a company focused on feature phones and creating solutions for Brazilian operators at the early stage of the internet. Over time, Movile realized that being active in M&A constituted a good strategy for growth, at a time when inorganic acquisitions weren’t a popular card to play.

The team eventually recognized that its core business – feature phone solutions – was going to die sometime in the future and decided to reinvest in three core areas: In its business model, by shifting the focus to create a messaging-as-a-service platform which eventually became bigger than the legacy business; in allocating capital into other companies like iFood; and in starting new companies like PlayKids.

Over time, we decided to rebrand our core business from Movile to Wavy, and focus on accelerating our other initiatives. In 2021, the Swedish customer engagement platform Sinch acquired a majority stake in Wavy and took control of the day-to-day operations of that business, so while we still account for it in our balance sheet, we are not involved in its daily management anymore.

At the same time, iFood just began growing disproportionately faster compared to all of our other investments, and the company noticed that management started having a strong bias towards focusing on that business instead of focusing equally across all of our initiatives. So we decided that Fabricio Bliosi was going to head iFood, and I would ensure that our other companies also had an opportunity to grow and hopefully reach iFood’s size. Nowadays, we think of iFood as a company with its own thesis that has now graduated and is now operating under its own theme.

Movile today is a collection of theses and a thesis maker in and of itself. We have three core thesis: foodtech, which we covered a bit already; fintech, since we think that every company will eventually become a fintech and will use companies like Zoop to execute that strategy; and logistics, specifically last-mile delivery, since everyone has increased their online spending, and consumers do not want to wait 15 days to receive their orders, which is why we invested in Argentine Moova and Colombian Mensajeros Urbanos. We have a fourth area of focus, which I’d call more a bet than a thesis: gaming. Our gaming company Afterverse started off as a project inside of our other company, PlayKids, and is now an operation with 50m monthly active users.

How does Movile create operating leverage within its companies?

Movile as a holding company can add value through M&A expertise to scale and grow faster, which startups usually do not have on their own bench from the beginning, and through the implementation of recruiting practices to attract senior leaders into the organizations. M&A and talent are the two pillars of strength that we always look to help companies with.

There is also potential for these companies to support themselves and accelerate each other’s growth trajectories. We don’t have a superapp strategy, but we look at things through a lens of mutual collaboration, especially in the fintech space. We already see the results with Zoop’s growth, which has been greatly accelerated by serving as the payment platform for iFood. We also developed a new company called MovilePay. We realized that we had hundreds of restaurants in our database and that we were the best positioned to provide them with financial services. MovilePay now manages over 170k accounts in less than a year since its inception, and has granted more than ~USD40m in credit to our clients.

We see Zoop as the backend payment infrastructure (we started with payments and we launched banking last year), MovilePay as the front-facing client platform, and iFood as the data and lead generator with its restaurant network. Ultimately, we will also be well positioned to provide financial services to the delivery and restaurant workers themselves.

Walk us through Movile’s conviction in the gaming space, and the opportunity you see for tech-enabled community building in a post-C19 world.

Our company Afterverse has three games, out of which PK XD is the most successful, with over 40m users. The game is very social in nature and it is very age appropriate, with our main users ranging from 13 to 15 years of age. When we invited our investors to try the game, they told us they didn’t get it. For us, that was the whole point – them not understanding the game and not wanting to play it was a feature, not a bug.

As we speak, ~80% of the game’s users come completely organically, primarily driven by other players posting their game plays on YouTube.

We have also thought about the monetization component, which is still in the early days. Today you can buy accessories to personalize your avatar, but we could ultimately imagine a full creator economy embedded within the platform.

Tech-enabled community building is a trend that was clearly accelerated by the events of 2020. However, I don’t see us reverting to the mean in a post-C19 world.

How has Movile’s approach to innovation changed over the years?

Movile looked at Silicon Valley for inspiration in its early days. The company went so far as to open an office in the Bay Area. However, Silicon Valley is very insular. When you’re there, you think you’re at the epicenter of everything new that is happening, and while that might be partially true, it’s also true that innovation is happening in other parts of the world.

China, for example, has a different approach and is innovating in a different direction. We recognized this many years ago and began sending delegations of founders and operators to learn and be inspired by their approach to growth and technological leverage. During those trips, we learned about the fintech evolution in Asia, and seeing the development of QR code technology served as inspiration for us when we launched MovilePay.

We’ve also learned that if you’re able to go and see innovation in different centers, you can go back and innovate in your core market faster.

This is Silicon Valley’s holy grail. Companies are expected to achieve scale much sooner than anywhere else, so if you have 20b users, it really doesn’t matter if you have revenue or not.

China sees itself as its own world. You don’t see many Chinese companies that are successful beyond China. What I see differently is that the Chinese don’t see technology as the only tool to achieve scale; they also see people as another level to pull, which enables them to reach other types of operational leverage that Silicon Valley does not think about.

Brazil has a similar mindset to China and thinks of itself as a continental country – a region that is so big that most Brazilian companies decide to just focus on operating within its borders. Just like Chinese companies, there are few Brazilian companies that are doing well outside of Brazil. Compare that to Argentine founders who see their home market as too small to be solely dependent on it. Most of the successful Argentine companies are born in Argentina but think about conquering Latin America from the get-go.

The current availability of capital is definitely changing things. Ten years ago, if you wanted to launch a startup, you were either rich or had rich friends. Now we have companies that are more focused on investing rather than trying to reach short-term profitability, and founders that are more ambitious and think about the opportunity to go big in the entire region.