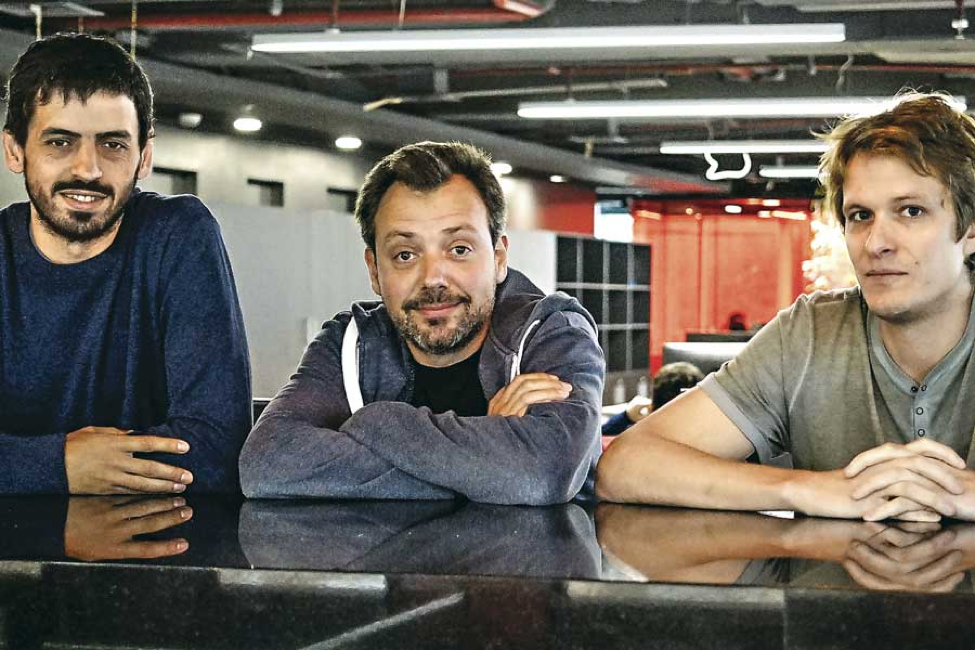 Uber Technologies acquired 100% of Cornershop to make the Chilean startup part of its e-commerce long term bet at a reported ~USD3b+ valuation. The deal comes two years after a  successful strategic partnership that included a USD250m investment from the ride-hailing giant. ALLVP invested the first institutional check at a $8M valuation cap just as the company was launching in Mexico City and Santiago de Chile in the summer of 2015. Other investors include Jackson Square Ventures, Creandum, Capital Mazapil and Endeavor Catalyst.

(Press Release) – Uber Technologies ($UBER) announced Monday June 21st that it will acquire 100% of Cornershop to make the Chilean startup part of its e-commerce long term bet. The deal comes two years after a  successful strategic partnership that included a $250 M investment from the ride-hailing giant.

ALLVP invested the first institutional check at a $8M valuation cap just as the company was launching in Mexico City and Santiago de Chile in the summer of 2015. The Mexico City based VC firm led three rounds and participated in the two Accel-led rounds before the Uber partnership. Other investors include Jackson Square Ventures, Creandum, Capital Mazapil and Endeavor Catalyst. 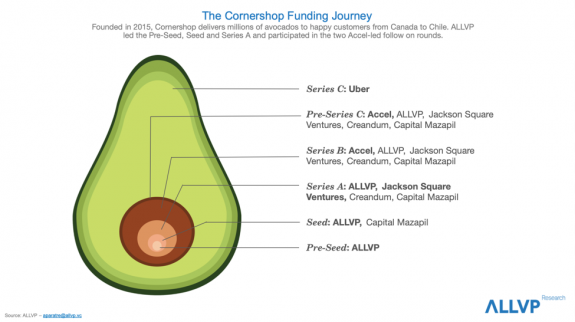 ‘When we met Oskar, Dani and Chaq, it was obvious that they were destined for big things. The Cornershop journey called not only for all their experience, talent, speed and ambition but grit and perseverance in the face of adversity. I will be forever grateful to the team for the ride of a lifetime.’ mentions Federico Antoni, former Cornershop board member and co-founder of ALLVP.

Since its founding Cornershop dominated the online grocery market in Mexico and Chile with unparalleled capital efficiency. In the past three years, the team launched operations in 7 new markets including the US, Canada and Brazil and expanded to new retail categories.

‘ALLVP was the first VC to believe in Cornershop. Their involvement was key not only for much needed financing, but also for developing our first major retailer partnerships. They offered unwavering support through ups and downs. They’re also funny, which matters because life’s too short to work with a boring VC.’ says Oskar Hjertonsson, Founder and CEO of Cornershop.

This exit, one of the largest VC exits via M&A in Latin America’s history, will allow ALLVP to return 5x its fund 2 with more than 7x expected after realizing the rest of its investments.  The coming capital distribution will validate the regional VC model by providing unprecedented returns to Mexican pension funds, DFIs, international family offices and entrepreneurs. The implied $200M total distribution to LPs equates to 1.6x the sum all committed capital across three funds since its inception in 2012. 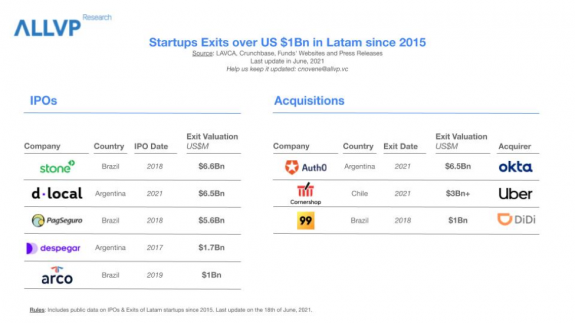 ‘When we founded ALLVP ten years ago we set out for a long term commitment to founders and LPs. This transaction represents a huge milestone for our firm as we set out to support a new generation of Latin American founders. Our region is not only capable of minting unicorns but delivering strong VC performance.’ concludes Fernando Lelo de Larrea, co-founder of ALLVP.

ALLVP is on a mission to back formidable founders that solve the hardest problems in Latin America. Founded in 2012, the firm manages more than $350 million in 3 funds. ALLVP invests in teams that are looking to transform the daily lives of people in Latin America, impacting the way they buy, move, learn, bank and take care of their minds and bodies. The team has invested in 38 companies, including Robinfood, the region’s largest cloud-restaurant company in the region, Flink, a Mexican financial services platform with nearly two million users, Nuvocargo, a technology startup that is transforming the logistics sector and Yana, the world’s fastest-growing mental health app with over 5 million users. For more information, visit allvp.com.