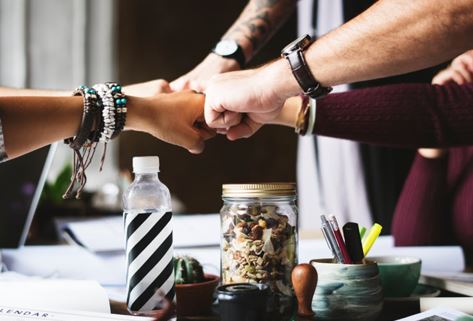 Brazilian VC Positive Ventures raised US$4.8m towards a US$12m target. Investments from the new fund include Labi and Letrus.

Its self-described mission is to “invest in startups where every dollar of revenue is also delivering environmental or social impact.”

I spoke with co-founder and co-CEO Fabio Kestenbaum who emphasized the importance of such an investment strategy in a country like Brazil that has had its share of corruption over the years. (Kestenbaum co-founded the firm with Andrea Oliveira and Bruna Constantino.)

“In Brazil, you have the perfect storm for impact investing,” he said. “For example, the Amazon [rainforest] is at risk and there’s an urgent need to address that problem. The new generation here especially recognizes that money can have a massive transformative power for good, and that when you decide to consume or invest in something it is also a political decision.”

Positive Ventures prides itself on being guided by the United Nations as part of its Global Compact initiative. It also has a top tier B Impact Score, meaning as a B Corp. that makes impact part of its core strategy, it’s doing pretty darn good.

As part of its effort to grow, Positive Ventures has tapped Murilo Johas Menezes to lead its investment team and head up a new office in Palo Alto, California. Menezes was the chief impact officer at Brazil’s Maraé Investimentos, a multi-billion impact-oriented single-family office.

Marcelo Noll Barboza co-founded Labi Exames with the mission of providing affordable and tech-oriented health exams for an estimated 160 million Brazilians who do not have access to proper healthcare. Barboza is a Harvard Business School alum and former CEO of DASA, Latin America’s largest healthcare group. In less than a year, Labi Exames has launched 12 clinics and delivered over 100,000 exams. Positive Ventures co-invested with e.Bricks, a serial and reputable VC operating in Brazil.

“If you want to bring private capital to the game to help address social and environmental challenges, we have to reward this capital,” Kestenbaum said. “As such, we recognize that we have to invest in good businesses that can provide financial returns as well.”

Impact investing is a topic I hold close to my heart and have previously reported on here and here. Also, earlier this week our own Natasha Mascarenhas covered Obvious Ventures’ new fund.