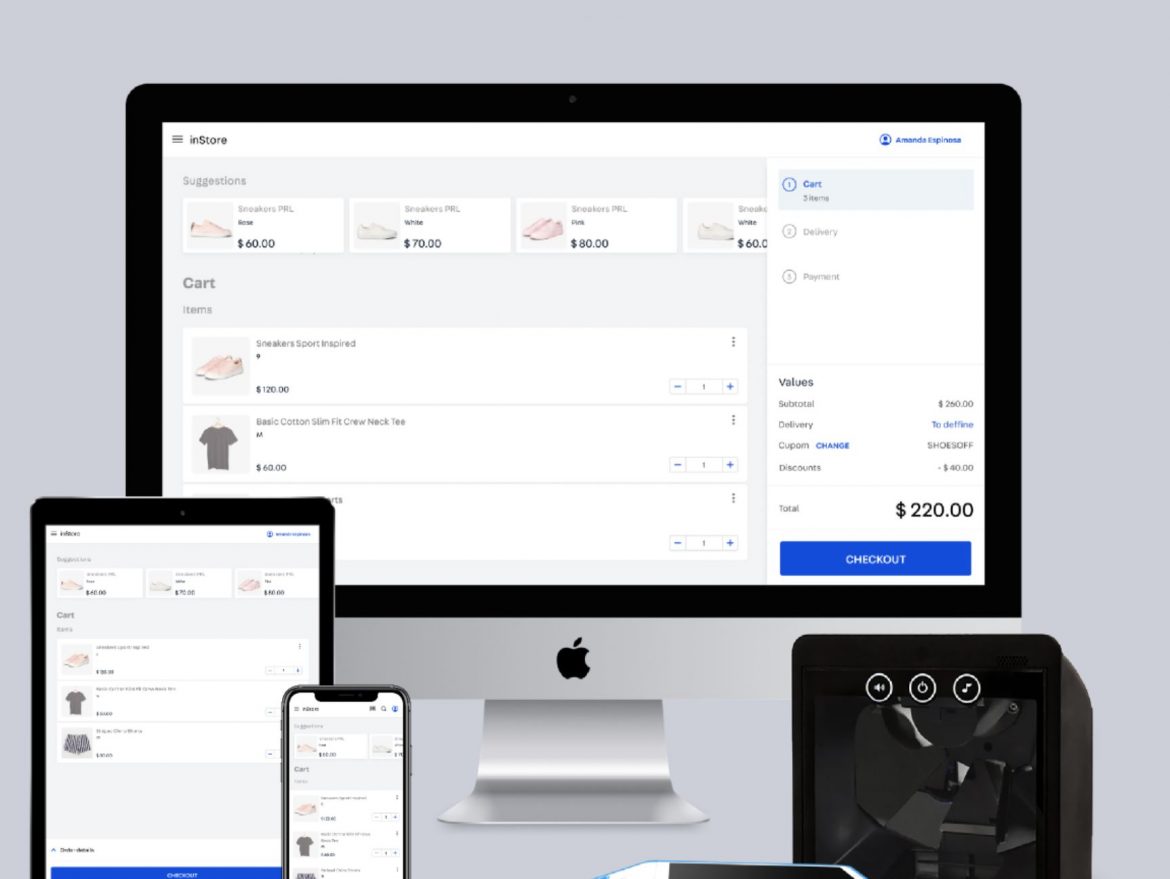 (TechCrunch) E-commerce now accounts for 14% of all retail sales, and its growth has led to a rise in the fortunes of startups that build tools to enable businesses to sell online. In the latest development, a company called VTEX — which originally got its start in Latin America helping companies like Walmart expand their business to new markets with an end-to-end e-commerce service covering things like order and inventory management, front-end customer experience and customer service — has raised $140 million in funding, money it will be using to continue taking its business deeper into more international markets.

The investment is being led by SoftBank, specifically via its Latin American fund, with participation also from Gávea Investimentos and Constellation Asset Management. Previous investors include Riverwood and Naspers; Riverwood continues to be a backer, the company said.

Mariano Gomide, the CEO who co-founded VTEX with Geraldo Thomaz, said the valuation is not being disclosed, but he confirmed that the founders and founding team continue to hold more than 50% of the company. In addition to Walmart, VTEX customers include Levi’s, Sony, L’Oréal and Motorola . Annually, it processes some $2.4 billion in gross merchandise value across some 2,500 stores, growing 43% per year in the last five years.

VTEX is in that category of tech businesses that has been around for some time — it was founded in 1999 — but has largely been able to operate and grow off its own balance sheet. Before now, it had raised less than $13 million, according to PitchBook data.

This is one of the big rounds to come out of the relatively new SoftBank Innovation Fund, an effort dedicated to investing in tech companies focused on Latin America. The fund was announced earlier this year at $2 billion and has since expanded to $5 billion, and while that figure is a far cry from the $100 billion Vision Fund, one hopes that the Innovation Fund will function in inverse variation in terms of controversy.

In any case, relatively speaking, it’s a huge injection of money for startups serving this region and has already led to a string of sizeable investments. Other Latin American companies that SoftBank has backed include online delivery business Rappi, lending platform Creditas and property tech startup QuintoAndar.

The common theme among many SoftBank investments is a focus on e-commerce in its many forms (whether that’s transactions for loans or to get a pizza delivered), and VTEX is positioned as a platform player that enables a lot of that to happen in the wider marketplace, providing not just the tools to build a front end, but to manage the inventory, ordering and customer relations at the back end.

“VTEX has three attributes that we believe will fuel the company’s success: a strong team culture, a best-in-class product and entrepreneurs with profitability mindset,” said Paulo Passoni, managing investment partner at SoftBank’s Latin America fund, in a statement. “Brands and retailers want reliability and the ability to test their own innovations. VTEX offers both, filling a gap in the market. With VTEX, companies get access to a proven, cloud-native platform with the flexibility to test add-ons in the same data layer.”

Although VTEX has been expanding into markets like the U.S. (where it acquired UniteU earlier this year), the company still makes some 80% of its revenues annually in Latin America, Gomide said in an interview.

There, it has been a key partner to retailers and brands interested in expanding into the region, providing integrations to localise storefronts, a platform to help brands manage customer and marketplace relations, and analytics, competing against the likes of SAP, Oracle, Adobe and Salesforce (but not, he said in answer to my question, Commercetools, which builds Shopify -style API tools for mid and large-sized enterprises and itself raised $145 million last month).

It’s been pointed out before that e-commerce is a business of economies of scale, and VTEX is a precise case in point. While the company processes some $2.5 billion in transactions annually, it makes a relatively small return on that — $69 million, to be exact. This, plus the benefit of analytics on a wider set of big data (another economy of scale play), are two of the big reasons VTEX is now doubling down on growth in newer markets like Europe and North America: scale will give it better returns, and better data.

“At the end of the day, e-commerce software is a combination of knowledge. If you don’t have access to thousands of global cases you can’t imbue the software with knowledge,” Gomide said. “Companies that have been focused on one specific region are now realising that trade is a global thing. China has proven that, so a lot of companies are now coming to us because their existing providers of e-commerce tools can’t ‘do international.’ ” There are very few companies that can serve that global approach and that is why we are betting on being a global commerce platform, not just one focused on Latin America.” The company now has 122 integrations with localised payment methods, and that is set to grow, he added.