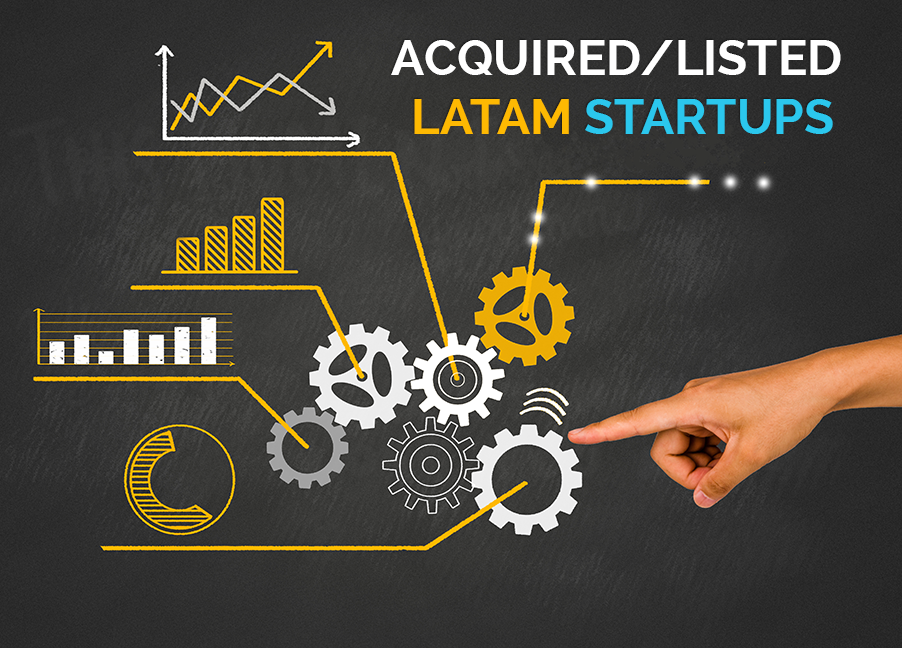 Across sectors and geographies, venture-backed Latin American startups have been targets of notable IPOs and increasing M&A activity since 2014. Below are highlighted transactions from this period*.

Included companies may have historically been a part of the Latin American Startup Directory, but because of a specific event (including an IPO or significant acquisition) have graduated to this list.

For a list of Latin American startups valued over US$1b (based on publicly disclosed valuations), access the Latin America Unicorn Leaderboard. Access updates about Latin American VC/tech on lavca.org/vc.

*This list is not comprehensive and represents highlighted examples across the major markets and sectors, 2014-1H2021.

HIGHLIGHTED STARTUPS THAT WERE ACQUIRED/MERGED (2014-1H2021)