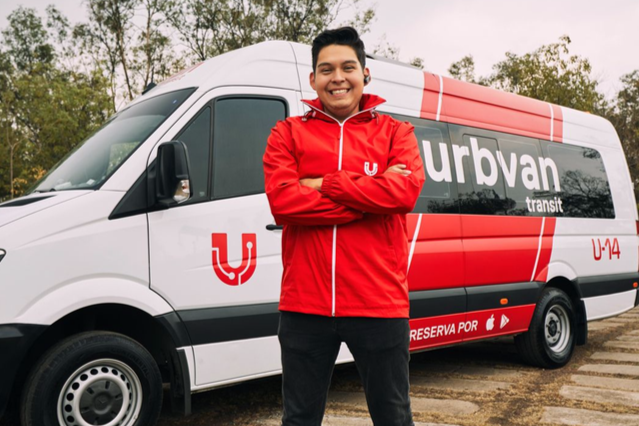 Urbvan, a transport app providing van-sharing rides along pre-established routes in Mexico City and Monterrey, raised a US$9m round from KaszeK Ventures and Angel Ventures Mexico, with participation from Liil Ventures and follow-on from DILA Capital. Founded in 2017 by co-CEOs Joao Albino and Renato Picard, Urbvan raised MXN$16m from DILA Capital and Mountain Nazca, and also received a grant from MassChallenge Mexico in 2017.

Urbvan is a Mexican mobility app that offers its users comfortable and efficient transportation in shared vans. Its model allows for travel on pre-established routes that cover areas in very congested cities that experience heavy traffic flows. By providing shared transportation at affordable prices, and with an increased focus on security, the company has prompted its users to stop driving their cars.

Renato Picard and Joao Albino, Urbvan’s Co-founders, have not only managed to improve their users’ quality of life but they have also reduced traffic congestion in Mexico City, one of the largest cities in the world. Since its creation in 2016, Urbvan has grown at an accelerated pace, accumulating millions of trips by thousands of users who now travel daily with Wi-Fi, security cameras and real-time GPS tracking.

The financing round was led by the largest investment fund in Latin America, Kaszek Ventures, as well as one of the largest funds in Mexico, Angel Ventures. Likewise, DILA Capital and Liil Ventures took part in this round that will allow Urbvan’s service to positively impact even more people’s lives.

Hernán Kazah, Managing Partner of Kaszek Ventures and Co-founder of the Argentinian e-commerce, Mercado Libre, comments: “We are fascinated with how Urbvan meets their users’ need to travel safely and comfortably to get to their jobs. It is no longer necessary to travel by car since there is an affordably priced solution. Urbvan also promotes productivity by making wireless internet and electrical outlets accessible during the trip.”

In addition, Camilo Kejner, Angel Ventures Managing Partner, adds “we are big believers in proposals for emerging global markets, and Urbvan fits that definition perfectly: a great team solving a real problem in an enormous market.”
At the same time, Joao Albino says this investment will contribute to expanding the company’s fleet of trucks together with the thousands of associated fleet owners waiting to convert their vans into Urbvans. This growth will result in an increasingly extensive catalog of routes and schedules. They also plan to grow their team, generating opportunities for many young Latin Americans.

Picard and Albino’s main goal is to improve the day-to-day life of its users and find a solution to local problems that densely populated cities face, such as air pollution. “In our impact report, we saw a reduction in the number of vehicles on the streets in Mexico City. 51% of our users have stopped using their cars to instead travel with Urbvan. In Q2 of 2019 alone, this meant a reduction of 556 tons of CO2,” Picard added.