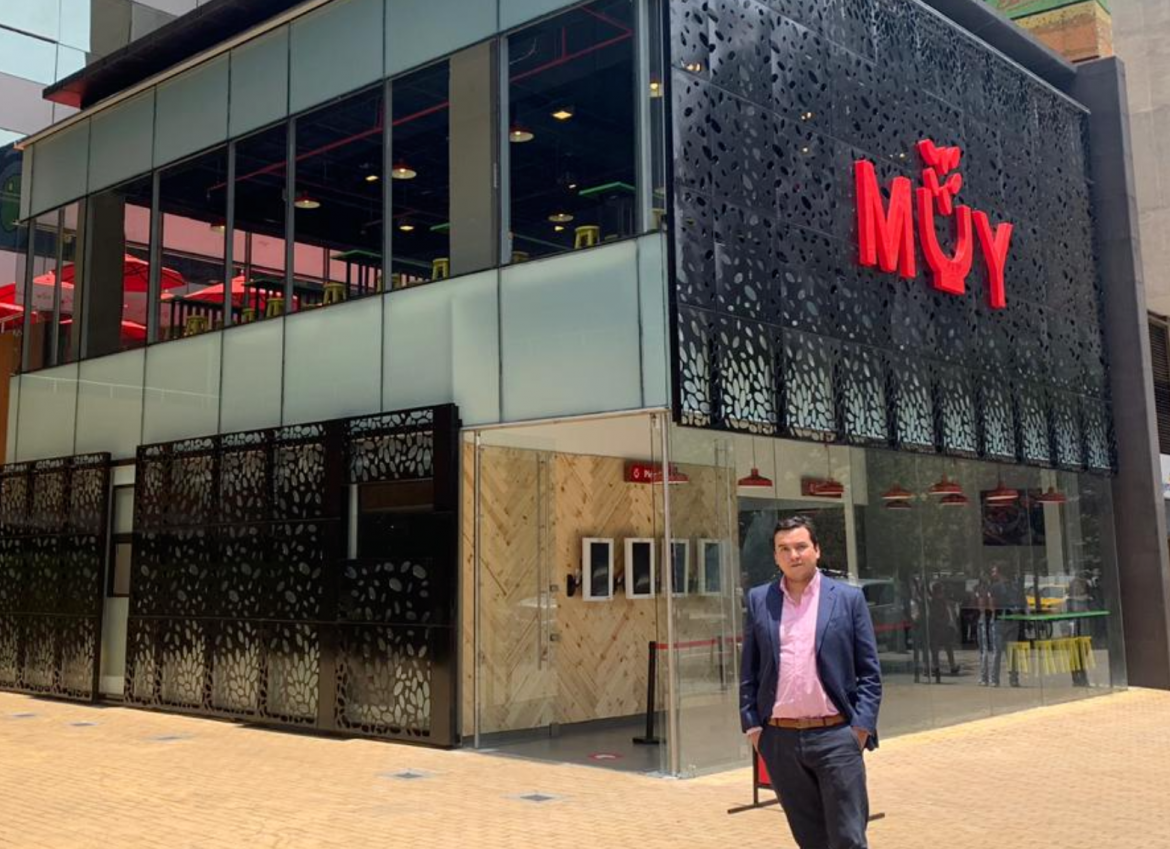 ● The company will use the new financing to develop its technological platform, strengthen its presence in Colombia and expand into Mexico and other Latin American markets
● Seaya Ventures, a relevant shareholder in Cabify, Glovo and Coru, strengthens its commitment to Latin America and the Foodtech sector with this deal

MUY Tech, the restaurant technology platform that has already launched 5 of its own restaurants in Colombia, announced today that it has closed a $4 million financing round led by Seaya Ventures.
MUY Tech wants to use these proceeds to reinforce the development of its technology in the restaurant industry, which will allow it to achieve a high level of growth in an efficient and scalable way. In addition, the objective of the round is to consolidate the business in Colombia by opening more restaurants and expanding into Mexico and other Latin American countries.
MUY Tech is founded by Colombian serial entrepreneurs José Calderón (CEO) and Miguel McAllister, who previously founded Domicilios.com, a company that was acquired by Delivery Hero and ultimately formed part of the latter’s IPO.
‘There is a great opportunity in Latin America to create a brand that enhances local cuisine with the help of technology. We are focused on building the technology that optimises the internal processes of restaurants and connects all of our users with our MUY experience. Our goal is for all Latin Americans to have access to good, affordable food,’ said José Calderón.
‘The company’s goal is to become the biggest player in the Food Service industry in Latin America in the next decade,’ he added.
Seaya Ventures is one of the leading Venture Capital investors in Spain and Latin America, with 160 million euros under management and a portfolio of 20 companies, including Cabify, Glovo and Coru.
‘MUY Tech and José Calderón’s team strongly believe that Colombian and other Latin American consumers deserve access to a complete and healthy diet. MUY Tech is creating the technological platform as well as its own restaurants to make that vision a reality,’ said Pablo Pedrejón, Principal of Seaya Ventures in Latin America.
With this investment, Seaya Ventures strengthens its commitment to startups in Latin America, where it already has a strong presence. ‘The opportunities for technology companies in the region are enormous and Seaya Ventures wants to support their growth through our experience and investment,’ added Pablo Pedrejón.
The investment in MUY Tech also reflects the focus of Seaya Ventures on the Foodtech sector: ‘Seaya Ventures has invested heavily in the food sector with investments in Sin Delantal Mexico and Glovo. We continue to believe that it is a sector with a long way to go and great disruption potential,’ he explained.
About Seaya Ventures
Based in Madrid, Seaya Ventures has supported the best entrepreneurs and teams in Spain and Latin America since 2013. Through its focus on long-term investment and an active management philosophy to help companies grow on
both continents, Seaya has become the leading investor for early-stage and growing technology companies, as well as top-level investors in the United States and Asia.
About MUY Tech
MUY Tech is a technological platform that seeks to build the tools that restaurants need to optimise their internal processes and their interactions with users. MUY Tech operates a network of its own restaurants where it uses its technology to give users access to quality and affordable food with a MUY experience. The company currently operates in Colombia and will open operations in Mexico in the second half of 2019, in the coming years is expected to have presence in major Latin American capitals. The company received a first round of angel investor financing for $1,000,000.