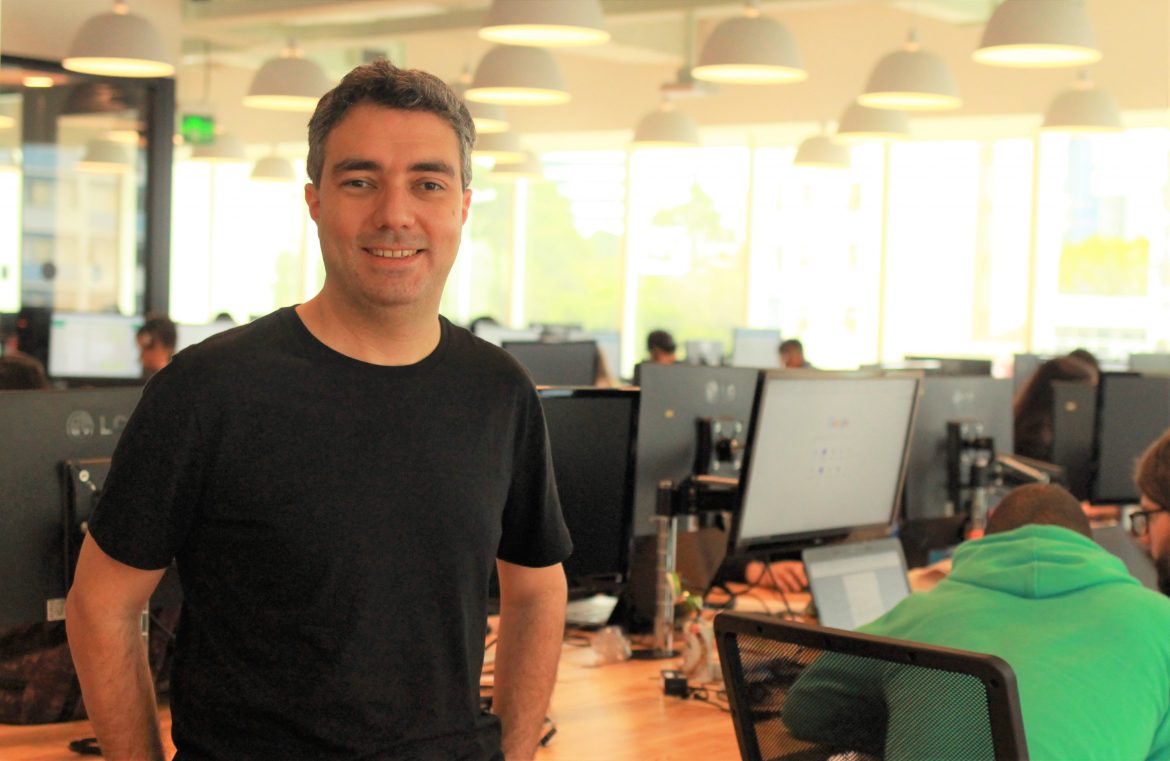 QuintoAndar is a breakout Brazilian real estate startup that CBInsights and the NYTimes flagged as a future unicorn in 2019. Co-founded by Andre Penha (CTO, pictured) and Gabriel Braga (CEO) in 2013, the company bootstrapped for the first few years, before raising a Series A led by KaszeK Ventures in 2015, and in 2018, a R$250m Series C led by General Atlantic.

QuintoAndar’s core product is an app for apartment rentals. Unlike real estate listing platforms, QuintoAndar’s model is end-to-end, handling responsibility from the lease through to payment — or “housing as a service,” as Andre Penha explains in an interview with LAVCA about the company’s origin story, growth trajectory and ambitions.

The Origin Story: Why apartment rentals?

Co-founders Andre Penha and Gabriel Braga started QuintoAndar when they finished their Stanford MBA in early 2013. Of all the problems in the world, why tackle the Brazilian real estate rentals market?  “We wanted to tackle a problem that no one on the planet had really resolved, something serious that affects a lot of people,” Penha says:

Renting apartments sucks, for the renter and the landlord. Not just in Brazil, but especially in Brazil, but anywhere that is particularly bureaucratic. Even in more advanced countries, it’s not a good experience to rent an apartment; it’s difficult.

Case in point: Guarantors, or fiadores in Brazil. “It’s horrible. If you move to a new city, you have to ask someone, your boss or someone you don’t know well, to guarantee your credit. É um negócio constrangedor.

Core Product
QuintoAndar’s core product is an app for renting apartments in Brazil. It guarantees payment to the landlord, and removes the renter’s need to have a financial guarantor.

Unlike real estate listing platforms, QuintoAndar operates as an end-to-end digital brokerage, handling the monthly payments for the landlord and eventual separation when the tenant leaves. It’s a long-term relationship Penha calls “housing as a service.”  “If we think about the offline world, players like VivaReal/ZAP and Trulia are substituting the role of the newspaper classifieds,” Penha says. “QuintoAndar is substituting the broker or rental agency.”

Penha says the tech-enabled service rents apartments about 10x faster than the offline competition, averaging four days from start to finish, versus about 30 days with a typical rental agency. Their record? 90 minutes.

QuintoAndar bootstrapped for the first two years, with seed money from friends and Stanford GSB.

We were frugal at the beginning, We didn’t want to be a company that burned cash, out of necessity. But it was good because we were able to build a product that was economically viable.

Then they raised a US$7m Series A in 2015 with KaszeK. “KaszeK believed in us because of the size of the market and the potential of the product,” says Penha, “but after the Series A, we had the heat on.”

QuintoAndar took a while to start growing, because the business model is operationally complex.  “We’re dealing with agents, photographers, landlords, inspectors…” says Penha. In this case, the rental agents are contractors, “similar to Uber or Lyft drivers — they use our app to attend to potential tenants who want to view the apartments.”

“Silicon Valley has a saying: Do it lean, do it narrow,” says Penha. “Everyone we talked to looked at us like we had too many moving parts. Nobody wanted to believe that we could handle such a complex operation.” Then, the company grew 7x in 2016 and almost 5x in 2017. Revenue so far for 2019 (April) is up over 4x compared to 2018.

In 2016, Acacia Partners led a US$12.6m round, and in 2018, General Atlantic led a R$250m Series C, with participation from existing investors KaszeK Ventures, Qualcomm Ventures and QED Investors.

Applied tech: What do QuintoAndar and Netflix have in common?

A growing data science team of 30 parses through a data set that Penha says is unique in Brazil, and perhaps globally, including the renter’s profile (Family? Dog? Location? Job? Income?), average rental discount and duration of the lease.

The data science team is looking for ways to leverage the data to improve the product offering and even predict demand:

We can see where demand is concentrated, what areas, and what apartment features, and we can either work with landlords to renovate and offer those features, or eventually, we can create a REIT or similar fund structure to rent apartments ourselves and renovate or sublet them according to demand.

Penha makes an unexpected comparison to Netflix Originals, which also uses big data to predict what specific groups of clients want to view, and then designs content accordingly. “It’s a fascinating model, and one that really inspires us at QuintoAndar to improve the quality of our offering.”

We have much to do, and technology is our strongest tool to achieve more efficiency. We doubled our engineering team in the last 12 months and we’re constantly investing to get good machine learning working in credit analysis, price optimization and – of course – our demand prediction.

What’s the global opportunity for a Brazilian startup?

Renting an apartment has not much changed in the past decade, in the US at least, where Craigslist.org remains a low-tech staple for prospective renters. “This is an issue across the world, in my opinion, especially in more bureaucratic markets,” says Penha.

So QuintoAndar doesn’t just make sense in Brazil; it would also make sense in Mexico City, Buenos Aires, Jakarta, Manila. I think we have a lot of space to disrupt how this market functions.

For the moment, QuintoAndar remains focused on rapid growth within existing markets. But Penha is always looking ahead to next steps: “International expansion may show up very soon.”