Update on VC/Tech in Mexico 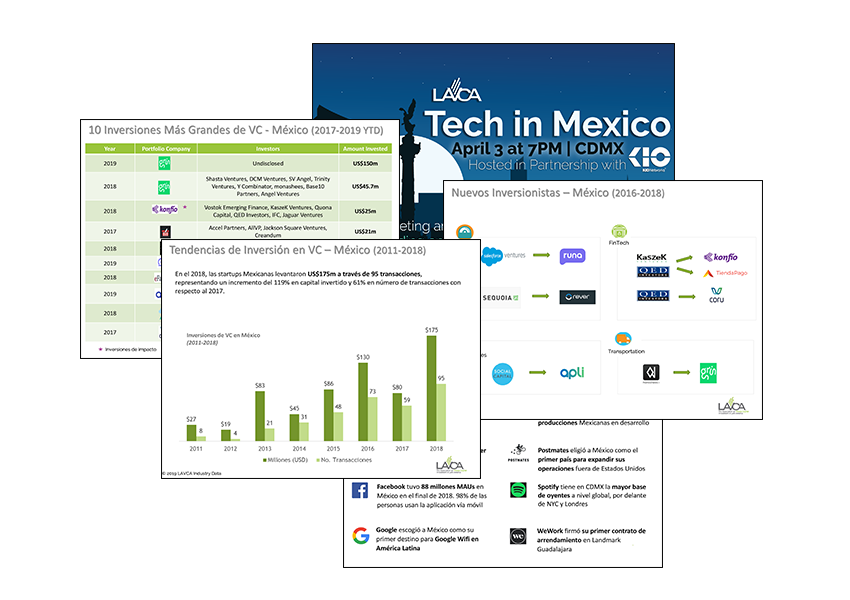 LAVCA, in partnership with Latin American Tech Growth Coalition member KIO Networks and with support from Endeavor and AMEXCAP, hosted a cocktail on April 3, 2019 in Mexico City with 100+ leading entrepreneurs and investors.

According to LAVCA Industry Data, Mexican startups raised US$175m from venture capital fund managers across 95 transactions in 2018, representing an increase of 119% of capital invested and 61% in number of deals compared to 2017.

VC investment trends for Mexico during this period include:

Access LAVCA’s presentation on VC/tech activity in Mexico including:

Thank you again to KIO Networks for hosting and a special thanks to Alejandro Solis, the head of Rappi Mexico, and Mariana Castillo, Co-Founder of Mexican startup Ben and Frank, for sharing their insights on the local ecosystem.