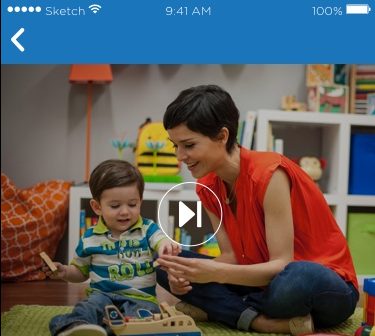 (Press Release) Kinedu (https://www.kinedu.com), an early childhood development (ECD) application for parents and caretakers headquartered in Monterrey, Mexico, received new investment through a Series A round led by IGNIA, a major VC fund in Mexico, along with BeCurious Partners, an international fund focused on parenting, the Stanford-StartX Fund, Dila Capital, Promotora Social México, and Stella Maris.
The Kinedu platform, available on web, iOS, and Android, encourages and facilitates the early development of children during their first years through daily activities that are personalized by age and development stage. Parents can easily monitor the progress of their kids, thanks to insightful and data-driven reports generated by the app. All content and material is supported by academic research through partnerships with ECD experts such as Frontiers of Innovation Community hosted by Harvard’s Center on the Developing Child, and prof. Michael Frank from Stanford University, thereby creating a trustworthy solution for parents. The application is available for users in either free or paid (premium) subscription formats.
Kinedu’s competitive advantage lies in the centralization of all the necessary tools that parents need to optimize the development of their kids from ages 0 to 2. Current resources available for parents, such as those found on the web or through professionals are complex, spread out, and difficult to process. Kinedu solves these problems by supporting parents with original and personalized content, so that they can become effective guides for their children during this critical stage of development.
The capital raised will allow Kinedu to develop new content to attend ages 2-4, consolidate its presence in the United States and Spanish-speaking countries in Latin America, and expand into new markets such as Brazil.

Kinedu was launched in November of 2013 and since then the app has been downloaded by almost 2 million users in over 180 countries. Growee, Kinedu’s most recent offering that provides management tools for daycare centers and kindergartens, has more than 6,000 active users on the platform and has grown more than 10x in the last 12 months.

Since Kinedu began, leading accelerators and universities have recognized the company for its disruptive innovation in Early Childhood Technology. The company is part of the Endeavor, Promise Venture Studios, and Stanford-StartX entrepreneur networks, won the Harvard Business School New Venture competition for LATAM in 2013, was one of the prize winners for the Gary Community – Open IDEO Early Childhood Innovation global competition, and was selected by the Apple Store in 2015 and 2016 as the app that is most “worth downloading” in Latin America.
“Education technology is a very attractive sector, with a global market over US$20 billion. Millennials, who represent 90% of new parents, are willing to invest more in the education of their children, and demand personalized, high quality content. Kinedu’s extremely qualified team, led by Luis Garza, is creating a world class product that will impact the development of future generations”, commented Christine Kenna, Partner at IGNIA.

“Since we began Kinedu, we´ve seen a trend in parents across the world who want to learn more about their babies’ development, and want to understand how they can help their babies grow. Kinedu hopes to scale all over the world and empower parents in every corner of the world to give their children the best start to life possible” commented Luis Garza, Kinedu´s founder and CEO