Then & Now: Revisiting the 2008 Financial Crisis & Impact on Latin America

I joined LAVCA and opened the office in New York in summer 2007, at a time when private equity investment in emerging markets was taking off.  During my first month on the job, the credit crisis started unfolding in the US and I published a commentary on the risks for Latin America:

“In late July, as the panic in US credit markets spread to equities, veteran Latin American fund managers initially braced for the worse. Accustomed to sticking out unpredictable cycles of volatility and investor confidence in the past, they could only hope that strong macroeconomic fundamentals – high foreign reserves, low debt, booming exports, solid internal demand and stable inflation and interest rates in Brazil, Chile, Peru and Mexico – would make a difference this time around. In August, as the region’s stock markets tumbled from historic highs and then largely recovered, the broad consensus among analysts and the financial press was that Latin America was better positioned than in the past to weather an international financial crisis.” (Source: LAVCA 2007 Executive Briefing) 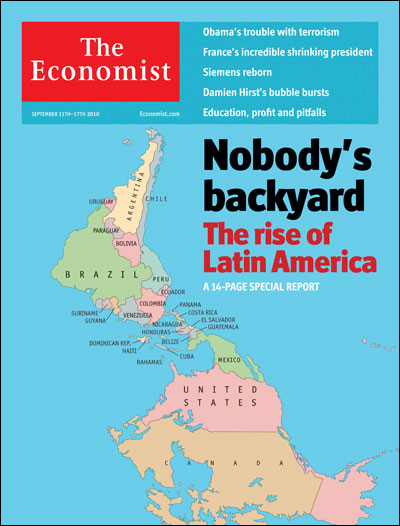 In the subsequent two years, international commitments to PE funds in the region slowed dramatically as institutional investors lacked liquidity and certainty to put capital to work through the crisis.  But Latin American financial and credit markets avoided contagion, and in 2010 economies rebounded, with Brazilian GDP growth exceeding 7% .

By September of that year the cover of The Economist magazine was declaring “The Rise of Latin America”, and PE/VC fund closings in the region hit new records in 2010 and 2011.

In September 2018 it is clear that Latin American economies are still vulnerable to crises, although with the exception of Argentina the current turmoil is largely driven by domestic politics and threats to global trade, not weaknesses in financial markets or banking regulation. (Venezuela, which is in a humanitarian, political and economic crisis, has not been an investable market for private capital).

Today both the universe of investors and the deal opportunity in Latin America look different from a decade ago in important ways. While PE managers with 10-year fund terms are tasked with navigating currency volatility, Canadian pension plans, sovereign wealth funds and Chinese corporates have doubled down on the region in the midst of volatility. Today some of LAVCA’s most active members include CPPIB, CDPQ and OTPP from Canada, GIC and Temasek from Singapore, with China’s Fosun and Abu Dhabi’s Mubadala joining in 2018.

PE/VC fund managers active in the region today are making targeted bets on specific sectors rather than wagering on a macroeconomic growth story.  Investments in clean tech and renewable energy are exploding, alongside real estate and infrastructure.  Latin America is finally producing a wave of venture-backed unicorns across fintech, ecommerce, transportation and last mile delivery, and LAVCA’s dedicated Tech/VC platform has become one our most dynamic areas for growth.

This article is part of LinkedIn’s series reflecting on the 10-year anniversary of the financial crisis.