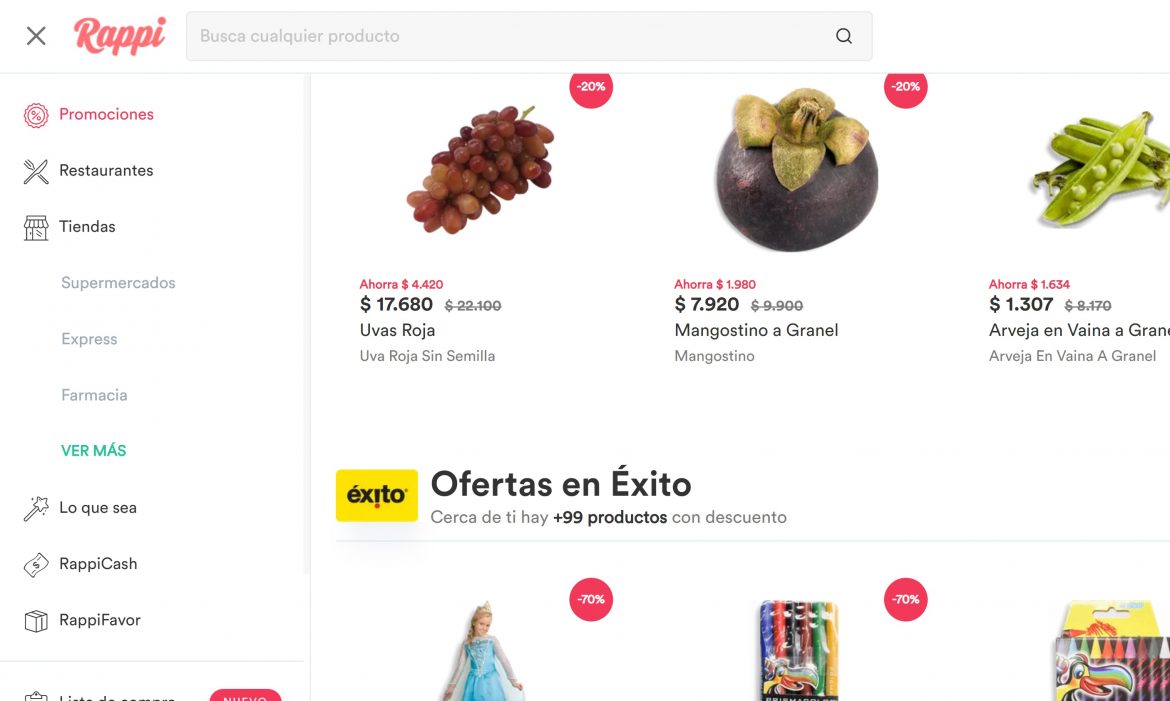 DST Global led a US$200m investment round in Colombian on-demand delivery startup, Rappi, which is now valued north of US$1b, as first reported by Axios.

(TechCrunch) Rappi, the Colombian on-demand delivery startup, has brought in a new round of funding at a valuation north of $1 billion, as first reported by Axios and confirmed to TechCrunch by a source close to the company. DST Global has led the more than $200 million financing, with participation from Andreessen Horowitz and Sequoia — all of which were existing investors in the company.

Rappi kicked off its business delivering beverages and has since expanded into meals, groceries and even tech and medicine. You can, for example, have a pair of AirPods delivered to you using Rappi’s app. The company also has a popular cash withdrawal feature that allows users to pay with credit cards and then receive cash from one of Rappi’s delivery agents.

Rappi charges $1 per delivery. To help keep costs efficient, the company’s fleet of couriers use only motorcycles and bikes.

The new capital will likely be used to help Rappi compete with Uber Eats, which is active across Latin America.

The round for Rappi is notable for a Latin American company, as is its new unicorn status. Only one other Latin American startup, Nubank, has surpassed a billion-dollar valuation with new venture capital funding so far in 2018. São Paulo-based Nubank makes a no-fee credit card and is also backed by DST.

Investment in Latin American tech continues to reach new highs. In the first quarter of 2018, more than $600 million was invested. That followed a record 2017, which was the first time VCs funneled more than $1 billion into the continent’s tech ecosystem during a 12-month period.

The rise in investment is mostly due to sizable fundings for companies like Rappi and Nubank, as well as Brazil-based 99, which sold to fellow ride-hailing business Didi Chuxing in a deal worth $1 billion earlier this year.