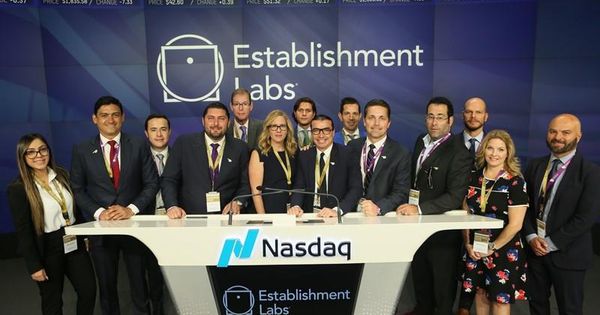 Establishment Labs’ common shares began trading on the Nasdaq Capital Market under the ticker symbol “ESTA” on July 19th, 2018. Today the company announced the closing of its initial public offering of about 4.3 million common shares at a price of $18 per share. The gross proceeds from the offering were approximately $76.9 million and as of today’s price of $25 per share the total market cap of ESTA is estimated in $485 million (Enterprise Value of approximately $540 million).

Invermaster, a venture capital boutique in Central America, participated in the early financing of ESTA and supported the initial efforts of its global expansion. Invermaster partners with entrepreneurs helping them achieve their most ambitious business plans and working shoulder-to-shoulder with determination and purpose. Invermaster supports early stage companies with ties to Latin America focusing in FinTech, MedTech, BioTech, Crypto Assets and Blockchain.