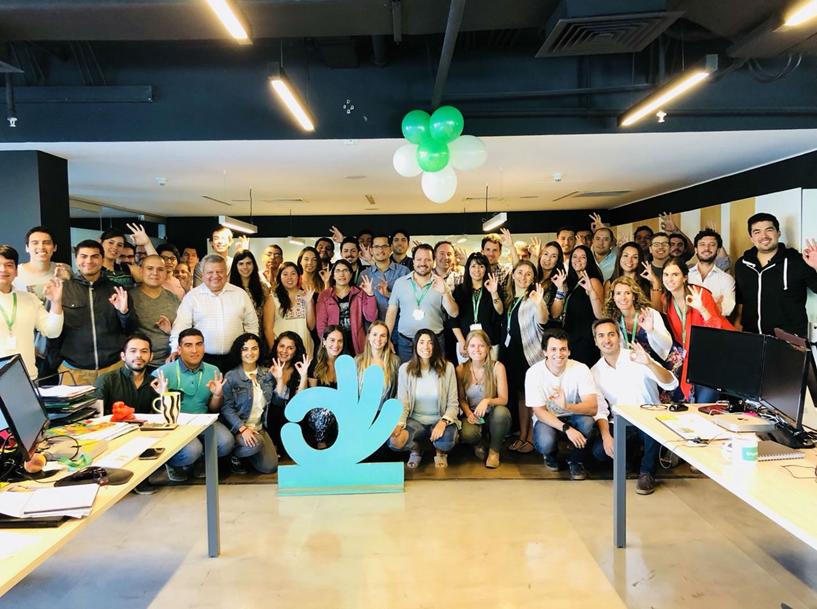 ALLVP has made an undisclosed investment in Chilean crowdlending platform Cumplo. The fintech startup will use the capital to expand to Mexico.

(Press Release) Cumplo, the Chilean emblematic Fintech company, to launch its unique technology in Mexico. Other investor in the round was Chris Larsen, founder of Prosper and Ripple Labs, whose ripple currency is world’s third-largest digital coin by market cap.

Cumplo’s marketplace seeks to provide fair and simple access to credit to more than four million SMEs across Latin America by connecting them with individual investors. Since its launch in 2011, Cumplo has federated over 5,000 investors and more than 1,200 SMEs and has facilitated loans for more than $300 million, making it Latin America’s largest crowdlending platform.

In addition to access to credit, Cumplo provides transparency to the collections market thereby decreasing average payments. Cumplo’s mission is to accelerate social and economic development on Latam.

Led by founder & Chairman, Nicolas Shea and seasoned operator, Gonzalo Kirberg, Cumplo has been growing its innovative lending model while bringing down the cost of capital to its SMEs by 33% and doubling IRR to investors with an impressive default rate under 1%. Cumplo will enable SMEs to better contribute to Mexico’s economic growth. “We conducted an exhaustive analysis alongside the MIT to design our international expansion.

When weighting regulatory landscape, market potential and competitive dynamics, Mexico emerged as the most attractive market in Latin America for Cumplo. We are delighted to partner with ALLVP, Mexican pioneer Fintech investor.”, commented Nicolas Shea.

Due to structural reasons and industry dynamics, the SME credit sector in Latin America lags far behind that of developed countries. High origination and underwriting costs, informality and collection challenges have prevented SMEs to access adequate working capital and long-term financing. According to the IFC, the region represents a vast market opportunity for SME lending: over US $200bn in outstanding loans held by formal SMEs, paired with an estimated financing gap of almost US$ 300bn.

On the other side of the marketplace, Cumplo’s platform offers individual investors a short-term investment option with a unique risk return profile. Gonzalo Kirberg explained “Individual investors are not risk experts, but once you gather enough critical mass in the marketplace and you eliminate the asymmetries of information within the network, you have a better assessment body than any bank´s risk bureau or risk assessment agency.”

With this investment, ALLVP further expands its portfolio on the promising Fintech sector. Federico Antoni, Managing Partner commented “Timing is perfect. The approval of the first Fintech Law in the region coupled with Mexico’s advanced banking and digital infrastructure provide a fertile ground for financial innovation. We found in Nicolas, Gonzalo, Josefa and Guillermo a team that seems to have cracked the code of SME financing in Latin America. We want to help them seize the regional opportunity.”

How it all started – From Harvard Business School case

In 2011, while Nicolas Shea, Cumplo’s founder, served as an advisor to Chile’s Minister of Economy, he met Chris Larsen, founder of US- based crowdlending platform Prosper. He told his wife, “I found what Chile needs.” Days later, he quit his job to focus on replicating the Prosper approach in Chile. In August, Shea and Monge launched Cumplo, which funded the first loan in April 2012 as a peer-to-peer lending platform. As a corporate lawyer with a degree in Strategic Communications, Monge provided local counsel and strategic support for Cumplo from its inception.