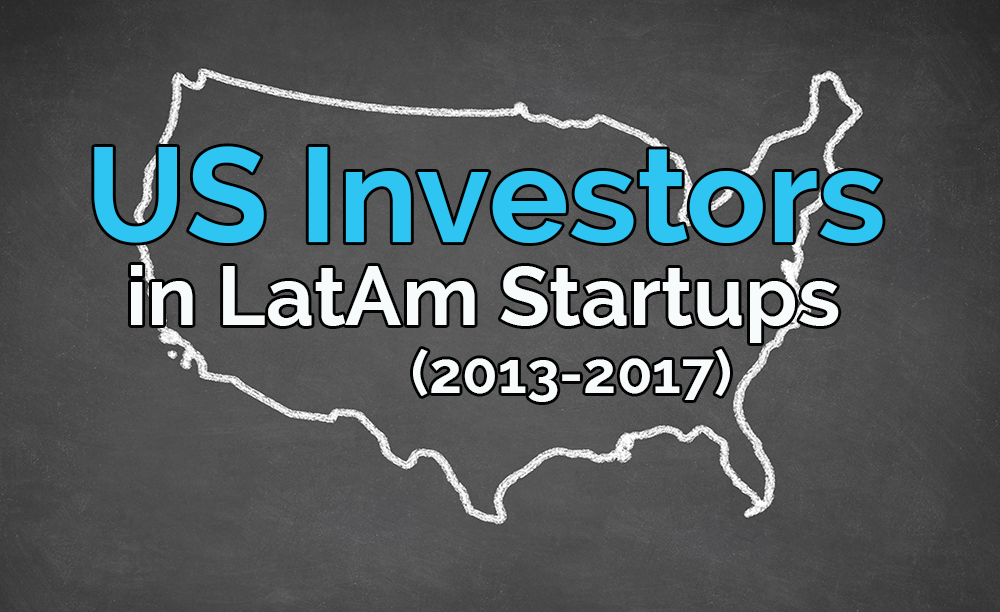 When it comes to international players investing in Latin American startups, US investors dominate the list, representing 67% of all global investors into LatAm startups since 2013.

The list of US funds investing in Latin American startups includes some of Silicon Valley’s biggest names: Andreessen Horowitz, Accel Partners, Founders Fund, Sequoia Capital, Social Capital, Y Combinator, and others. These players are investing opportunistically across financing stages and sectors, with a preference for deals in Brazil, Mexico, and Colombia.

Andreessen Horowitz made its inaugural investment in Latin America in Rappi, a last-mile delivery service operating in Colombia, Mexico and Brazil, alongside Sequoia Capital, DST Global and others in 2016; Sequoia Capital invested in Rappi the following year. Rappi is in the process of raising a US$130m+ round from existing and new investors.

Also notable is Accel Partners’ inaugural Mexican investment in delivery startup Cornershop in 2016; Accel returned to lead a US$21m Series B in 2017. Accel also has investments in Brazilian startups EduK and Neoway.

By deal count, these are the most active US-based investors in LatAm startups (2013-2017):