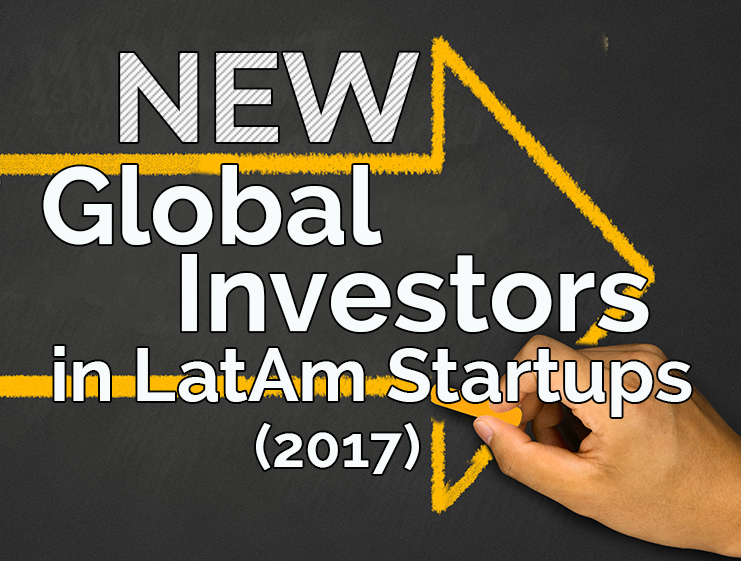 There were 25 global investors making debut investments in Latin America in 2017, including notable deals by Softbank and Didi Chuxing, as well as new funds TheVentureCity and ONEVC.

New investors demonstrated an appetite for deals across sectors, stages (from seed to growth capital), and geographies, including Mexico, Brazil, Argentina, Peru, and Colombia.

💸 Softbank, Didi Chuxing, and Riverwood Capital invested US$200m in Brazilian rideshare app 99 in 2017. Didi then acquired 99 in 2018. Other investors in 99 include monashees+, Qualcomm Ventures, and Tiger Global.

💸 TPG’s The Rise Fund made its inaugural investment in Latin America in Digital House, an Argentina-based coding school, with participation from Endeavor Catalyst, Omidyar Network, and previous investor KaszeK Ventures. U2’s Bono also participated through his involvement in The Rise Fund.

💸 Accel-KKR made an undisclosed investment in Siigo, a Colombian enterprise software startup for SMEs.

💸 TheVentureCity launched a US$100m global VC fund, and invested in a number of startups in Brazil and Colombia, including 1DOC3, Hogaru, Levee, and RecargaPay.

💸 Rethink Education and existing investors made a US$900k investment in Crehana, an edtech platform for creative professionals that was accelerated at Wayra Perú.

Investments took place during the period 2017 and include verified LAVCA Industry Data on fund manager transactions, as well as other investor types from public sources.