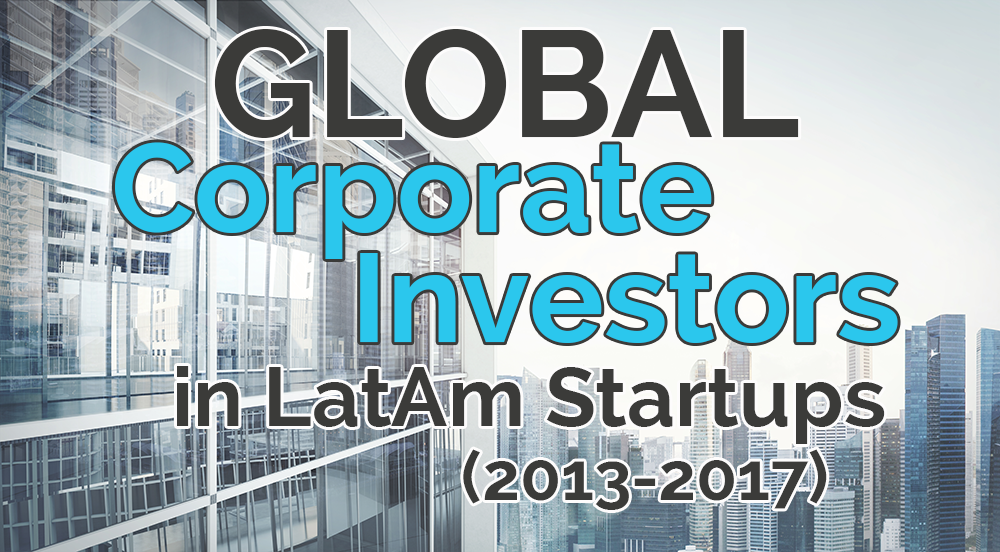 Global corporate investors are front and center in some of the largest investments into LatAm startups, but have also demonstrated appetite for deals across a range of stages and sectors.

Qualcomm Ventures is the most active global corporate investor in LatAm, with 13 disclosed investments since 2013 (twelve in Brazil), from transport (99, CargoX) and logistics (Loggi, Mandaê) to agtech (Strider) and real estate (QuintoAndar).

Naspers’ activity in LatAm is concentrated in multiple, significant investment rounds in Movile, providing capital to fund the expansion of food delivery platform iFood as well as Movile’s significant appetite for acquiring startups in the region. Naspers has also made recent investments in Avenida! in Argentina, and Brazilian fintech Creditas (through Naspers Fintech).

Also notable are investments from global corporates into Mexican fintechs, including American Express Ventures in Clip, and FEMSA Comercio in Conekta.

Australian job company Seek has made early-stage investments in Revelo (formerly Contratado.me) in Brazil and Workana in Argentina, and acquired the Mexican operation of EmpleoListo / Assured Labor in 2016.

A number of corporate investors have also launched or partnered with accelerators and company builders supporting LatAm startups, including Telefonica, which has Wayra accelerators across LatAm; chemical giant BASF’s AgroStart program, in partnership with Brazilian accelerator ACE; and Google Launchpad (not for equity).  View the LAVCA Accelerator & Company Builder Directory for more information.