1Doc3: “The Digital Revolution in the Health Industry has not even Started” 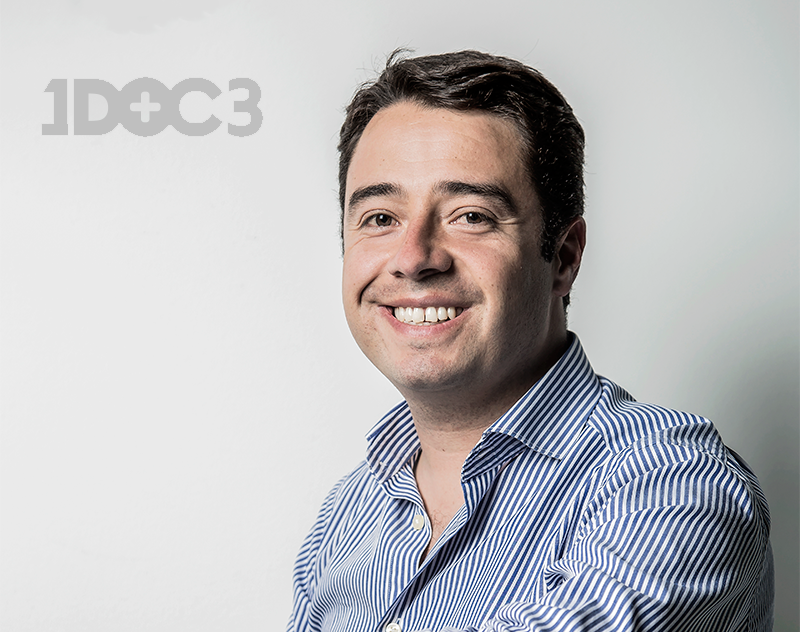 1Doc3 is a digital health platform providing individualized medical information to over 1.5 million Spanish-speaking users per month. In this interview with founder Javier Cardona, we learn how 1Doc3 is innovating around access to medical information and care:

The digital revolution in the health industry has not even started, and we are playing the leading role.

Javier Cardona: 1Doc3 is a digital health platform. The objective is to guide the millions of people who make health-related online searches in Spanish every day. Another aim is to turn the collection and organization of all those interactions into information, or insights, that can be used by the healthcare industry, health insurers, the pharmaceutical industry, and even governments.

We have a website, and we have mobile apps for smartphones. It’s also available on Free Basics, which is an initiative of Internet.org. And we have a chatbot on Facebook as well. Anyone can ask a health-related question, read a reply in real time, or send a question to a doctor and receive a reply within an hour. And it can all be done anonymously and for free.

And on the other side, health insurers and the pharmaceutical industry can obtain digital insights into the things people search for, according to different segmentation levels, illnesses, etc. They can also obtain highly precise segmentation reports, compared to the traditional method of gathering information via focus groups.

To give you an example, we delivered a study on a condition called ankylosing spondylitis to a client from the pharmaceutical industry. It’s very difficult to find patients with this illness, but we’ve received more than 120,000 searches regarding the subject and that’s allowed us to extract a lot of information.

Insurance companies are already using our platform to offer virtual medical guidance to their policyholders.

LAVCA: So, it’s not just an information platform — it also provides a data analysis service.

Javier Cardona: Exactly. We’re building artificial intelligence (AI), a machine learning system, which in real time can determine that you’re searching for information on lower back pain. Lower back pain is the main symptom of ankylosing spondylitis, and taking 3 or four other things into consideration, the platform is able to identify the relevant information to give you. 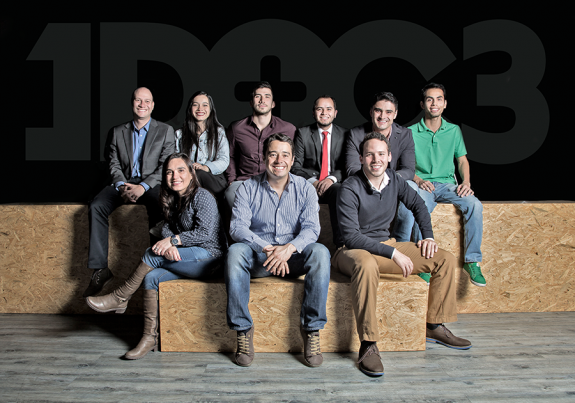 At the same time, the AI allows us to generate real-time information for our clients, and from a base that numbers hundreds of thousands of people, as opposed to a focus group of four hundred people, with the corresponding statistical bias.

LAVCA: What is the problem you are attempting to resolve? How does the health-insurance system work in Colombia?

Javier Cardona: We’re trying to resolve the issues of difficult access and a lack of access to health information and medical guidance. It’s difficult for people to get medical help. In Latin America, there are only two doctors for every thousand people.

The problem of a lack of access to information in Latin America has led to us currently getting around one and half million active users every month.

And there is a great deal of commercial interest too. We presently have eight insurance companies using our platform, as they look to improve their administration systems and gain an understanding of their customers. 40% of cases in emergency departments are non-essential. These are complaints such as headaches, which can be resolved using virtual methods. So, the platform works as an efficiency tool for both insurance companies and health centers. If the platform realizes that a case is an emergency, it tells the person in question to make their way to an emergency department. It also tells them which one to go to (the least busy).

It’s completely revolutionary. There are startups that offer telemedicine services and video consultations, but we see a huge opportunity to manage the whole process, especially with a system that’s based on the power of extremely well–classified real-time information. We’ve created a digital triage service, for example, where a triage is performed in all emergency cases and you’re told: “well, this will be classified from one to five”, with a one indicating that you should immediately go to an emergency department. We do that digitally, and we even send ambulances.

LAVCA: Could you share some figures with us regarding the growth you’ve experienced?

Javier Cardona: In March 2017, we had 500,000 monthly users. By October, we had 1.5 million. To a large extent, the reason for this increase is our return users. They find us via Google the first time, but then, on their second visit, they’ll go straight to 1Doc3 because they know a doctor will reply and provide them with a good answer. 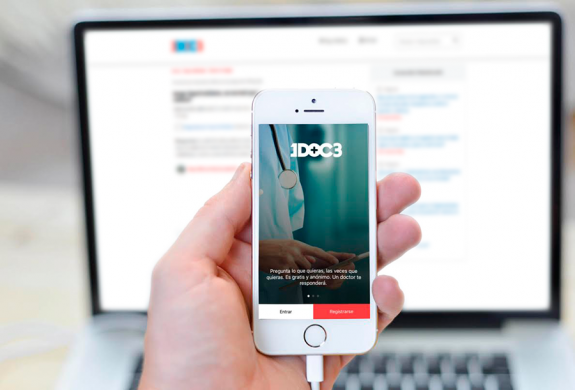 This has allowed us to train our machine learning and natural language processing engines so that the content can be classified and presented in a better way. For example, if you say “my back hurts”, the platform understands this and asks you where the pain is, “above or below”, or whether it’s “a stabbing pain”. The platform then uses this information to generate better medical guidance for the user.

LAVCA: Who are your investors?

Javier Cardona: In 2014, we were accelerated by Wayra, which provided us with significant support. We then validated our business model in 2015. And in 2017 we raised a US$2m seed round with TheVentureCity. This was focused on strengthening our products. Laura Gonzalez and her team have a lot of experience in growth and product development, and they have a good amount of technological experience as well. They’ve made us think about everything on a much bigger scale and in much more global terms.

LAVCA: Tell us a bit more about Wayra. What was it that made you want to take part in their program?

Javier Cardona: I got to know Wayra when it first started because I worked at Telefónica for a few years. With Wayra, I knew we would get mentoring and knowledge. We really made the most of it because we didn’t know anything about digital marketing, SEO, etc. And it was thanks to our mentors from Wayra that we learned all those things. We also had access to PR, which has been essential as a tool for achieving growth and gaining credibility. As regards our mentors, Alan Colmenares has accompanied us from the outset. He’s been an advisor to the company for three years now and he helps us enormously.

LAVCA: You are in partnership with Internet.org, offering free access to 1Doc3 in nine countries. What can you tell us about it? 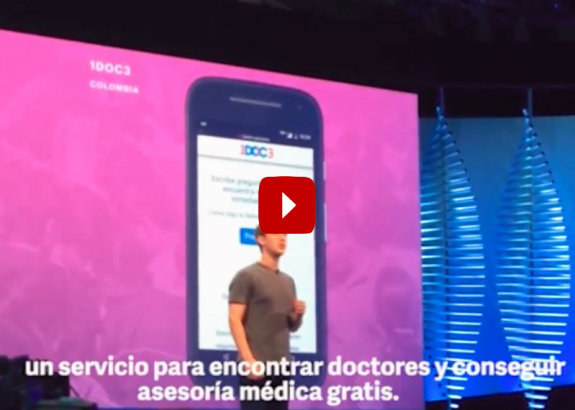 Javier Cardona: The Internet.org initiative was launched in Colombia in January 2015. Facebook were looking for local content in Spanish, and our service was a perfect fit, since anyone who hadn’t had access to the Internet until 2015 probably hadn’t enjoyed good access to healthcare either.

In the last two years it’s been launched in nine countries, where Internet.org has been launched in Spanish. It’s working well, and is being used by thousands of people every day. And for us, it’s meant the chance to grow and to form a relationship with Facebook.

Javier Cardona: To strengthen the platform. We’re working extremely hard. We’ve recruited a first-class team of data scientists and people with experience in machine learning, AI, etc. Our priority is to really strengthen the platform so that we can — very quickly — reach 21 million users by the end of 2018. And we’re convinced we’ll be able to achieve that target.

We’ve managed to get users in something like 120 countries, with a new product and in a very short space of time, by using the funding we’ve obtained. Well, we can do something much bigger.

LAVCA: You’re doing something unique, sophisticated and innovative, categorizing health information in order to understand what it is that people are searching for.

Javier Cardona: I believe it is innovative, undoubtedly so. If you search online, you’ll see there are other places where you can find a doctor who’ll reply to your query. And if you look at the health industry, there are other companies that offer data analysis, but what is innovative is having a comprehensive and fully integrated site.