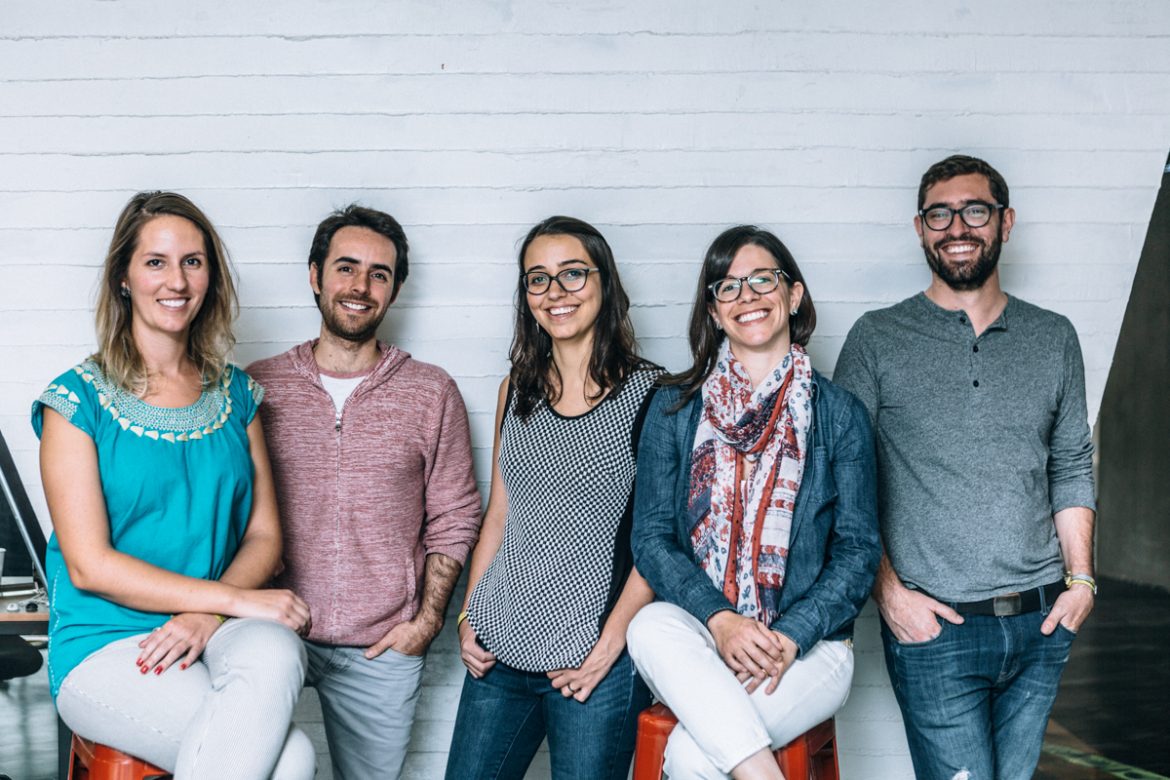 Mariana Costa, Herman Marin, and Rodulfo Prieto founded Laboratoria, an organization to teach low-income women in Latin America programming and web development skills. More than 400 female developers from Lima and Arequipa in Peru, Santiago de Chile, and Mexico DF have passed through Laboratoria’s program since 2014; 75% have found jobs, with a 3X average increase in their starting salary.  In this interview with Laboratoria co-founder and CEO Mariana Costa—one of the most innovative people in Peru under 35, according to MIT Technology Review—we learn about Laboratoria’s mission to close the coding gender gap and graduate the best tech talent in Latin America.

LAVCA: What is the history of Laboratoria?

Mariana Costa: I started a software development agency in Lima with two partners, one from Venezuela and one from Ecuador. I am Peruvian, but I lived many years abroad. During our experience running the agency, we lived through the difficulty of having to put together our own team of developers.

We built the developer team with a lot of time and effort. They were all male, 13 of the 15 people in the company, and they had not necessarily gone to university. Many of them had studied on their own or had studied something else, or had gone to a little-known university, and that was not an impediment for them to do well in this role. In many other careers, you often need a good diploma and a good school to excel, and here it seemed that it was not a requirement.

This led us to create a social enterprise to focus on training women in this high-demand skill set, since there were so few in the industry.

LAVCA: And why the focus on women?

Mariana Costa: Women are less than 6% of the developers in Peru, and it’s the same in Latin America, and there is an imminent need to change that. Technology is used by men and women. It makes no sense to have only men creating it. If we do not put more women in this industry today, we will be more displaced from the jobs of the future.

Women are less than 6% of the developers in Peru, and it’s the same in Latin America, and there is an imminent need to change that.

LAVCA: What is your approach in terms of training?

Mariana Costa: The program tries to be accessible by building an accountable education system. We do not charge the students for the first part, because they study full-time, but as soon as they get a job, they pay the full amount of the program.

We have a selection process where we invite young women to apply. We try to identify young people with great potential and an interest in technology who have not been able to access good education. Then they pass a series of cognitive tests, other soft skills tests, and an interview.

The program happens in two parts: the first one has a duration of six months and is full-time. We focus on Web Development Front-End, particularly in JavaScript, and also in personal and professional development.

Then we do professional intermediation. We have a series of events where we bring companies of all sectors and sizes that are looking for this kind of talent, and we do a Hackathon so that companies can identify talent. We support our students to negotiate their hiring.

After this, they enter a continuing education program, which lasts a year and a half, and we charge for it on a monthly basis. It is a specialization program: They can become full-stack, UI designers, etc. It’s only four hours per week, online and live.

In addition, we offer other services to employers. They hire Laboratoria talent, but they also hire us to do some training programs with them, set up of technical teams and how to go through this process of digital transformation.

LAVCA: What is the profile of women who are part of Laboratoria?

Mariana Costa: We look for talent where there is a lot of talent, but nobody else has looked for it. In countries such as Peru and Latin America in general, the lack of access to opportunities for young people is enormous. So we look for women who are looking to change their future and have not had the means to do so.

The typical case is a 22-year-old girl who finished high school in a public school, spent a year figuring out what to do, then entered a university or college, but after a few years she had to leave because her mother lost her job, dad got sick…. Then she went to work on whatever she could find without a degree, without a good education, as a cashier in a bank, in a supermarket, in sales or in a call center. The average salary of students of Laboratoria before the program is around $180 per month.

Mariana Costa: We have a lot. We have already graduated more than 400 developers. Right now we are about to graduate almost 200 more, and we have students who work in companies like IBM and Accenture, where they not only have a job, but have started a career and have increased their income five-fold.

LAVCA: How do you fund Laboratoria?

Mariana Costa: At the beginning, it was bootstrap, low-budget. We had the other company, so one developer from the other company was the teacher. We got a classroom. It was very inexpensive, really. And once the pilot finished, and we validated the concept, we placed some of the graduates of that pilot.

After that, we won a Social Enterprise prize, and then we got a grant from the Peruvian Government, from CONCYTEC, the National Council of Science and Technology. Now we have a grant from the IDB (Inter-American Development Bank), and another from Google. One of our investors is Omidyar Network.

LAVCA: Is the fee the same for all of your students?

Mariana Costa: No, it is variable. There is a fixed minimum, but it is set in accordance with their salary when they enter the program.

LAVCA: I know that you’ve had students dropping the program due to particular circumstances – such as relative becoming ill. How have you overcome that challenge?

Mariana Costa: We have increased the level of competence of our students. Moreover, the salary of our students, since we started so far, it has increased by 85% because their technical level is much better. We start with HTML, CSA, very basic JavaScript. Right now, they are front-end developers. They already have a pretty advanced technical level.

LAVCA: So, the process of admission is much more competitive?

Mariana Costa: It’s very competitive right now, yes. It depends on the headquarters, but in Peru, for example, only 10% get accepted. Applicants do not necessarily have to have experience in front-end web development. Rather, we are trying to measure their ability to learn.

LAVCA: What are your expansion plans?

Mariana Costa: Right now, we are in Peru, Chile, and Mexico. We want to open Laboratoria in Brazil.

An important piece of our model is that we really try and aspire to be the best tech talent, regardless of the audience we have. Our value to companies is that this is the best place to find front-end developers, and soon, software developers, UI designers, and back-end developers as well.

LAVCA: You said that Omidyar, the IDB, and Google have been key partners; in what sense?

Mariana Costa: I have always looked for people who not only finance us but who open doors, advise and challenge us…. In this sense, our main funders are IDB, Google, and Omidyar. We have a very close relationship with all of them.

LAVCA: In your opinion, what is the biggest challenge that Peru is facing with respect to venture capital?

It has to be a disciplined process, because we want to generate an ecosystem that is fair to both parties. And when financing is scarce, it can generate terms and conditions that are not favorable for the development of the enterprises, and therefore the ecosystem.

Mariana Costa: It’s an ecosystem, and you need several pieces in place for things to work. The entrepreneur and the investor must complement each other as more financing comes into place. And in this case, I believe that the government is beginning to play an interesting role, because it is financing risk that investors still dare not touch, and it is demonstrating the potential of the sector.

I believe that there is a bigger critical mass of very competent and good people who decide to take the risk and build a company and that manage to get the capital. And that makes investors say, “Well, there is something to look at here.”

It has to be a disciplined process, because we want to generate an ecosystem that is fair to both parties. And when financing is scarce, it can generate terms and conditions that are not favorable for the development of the enterprises, and therefore the ecosystem.