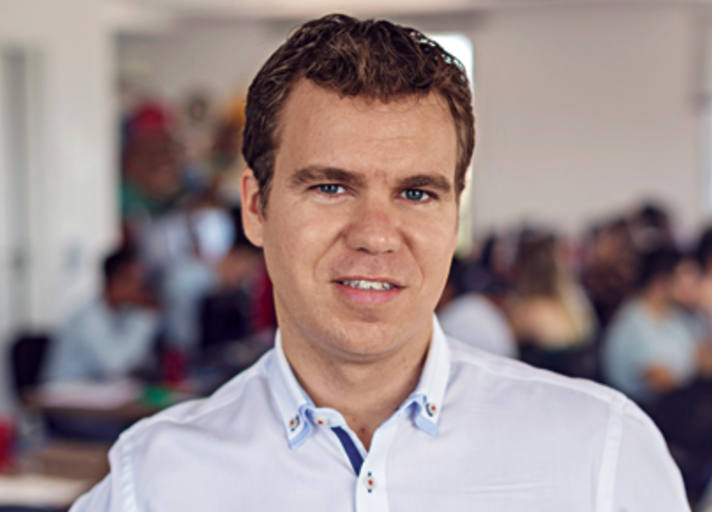 (Press Release) CargoX, a leading technology company that offers trucking services for corporations, today announced it has secured a $20M Series C Round Funding to accelerate its technology development. Goldman Sachs is the lead investor for this round with participation from Soros, Qualcomm Ventures, the investment arm of Qualcomm Incorporated, and follow-on investment support from Agility Logistics, Valor Capital Group and Oscar Salazar (Co-Founder of Uber). This Series C funding round follows CargoX’s Series A and B rounds in which the company raised a combined $14M, bringing its total funding to date to $34M.

“We were impressed with the CargoX team and the logistics platform they’ve created, which is transforming the way people think about the trucking industry. The company’s solution helps improve business efficiencies and reduce trucking costs for the overall economy.”

CargoX launched in March 2016, during the worst economic and political crisis in Brazil’s history. In just over one year, through a combination of cutting-edge technology and excellence in data science, CargoX has leveraged existing excess trucking capacity to reduce trucking costs and improve freight visibility. The company has become one of the largest trucking service providers (by revenue) in an addressable market of more than $100BN, and is growing by more than 500% year over year in its second year of operation.

“Freight is one of the biggest drivers for any economy and particularly for Brazil, which hosts the world’s third largest trucking market after the US and China. CargoX has experienced impressive growth and we are excited to provide further funding to support continued growth,” said Hillel Moerman, co-Head of the Goldman Sachs Private Capital Investing Group.

“CargoX has leveraged world class technology and design to operate as a transportation company with no assets. We have developed a platform with a network of thousands of truck drivers, collecting data in real time and helping improve efficiencies, by stopping trucks that are travelling empty and building trust with the business community,” said Federico Vega, CEO of CargoX. “The new funding will enable us to scale our business in Brazil and globally and revolutionize the transport of cargo. It also shows trust in the innovation that has helped us disrupt one of the largest and most traditional sectors of the economy.”

“We were impressed with the CargoX team and the logistics platform they’ve created, which is transforming the way people think about the trucking industry. The company’s solution helps improve business efficiencies and reduce trucking costs for the overall economy,” said Carlos Kokron, Vice President of Latin America, Qualcomm Ventures. “We are proud to invest in CargoX and look forward to supporting them in accelerating the transition to connected trucks which will drive further efficiencies for their platform and partners.”

Due to a significant lack of railroad options and reduced air and maritime transportation, the Brazilian economy is heavily dependent on trucks, with 75% of all Brazilian freight being moved by trucks that typically travel with excess capacity 40% of the time. If CargoX can reduce trucking costs by eliminating excess capacity in the market, the overall economic impact will be significant.