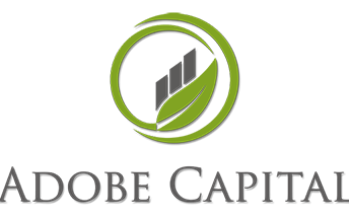 Adobe Capital has announced the first closing of its second impact fund, Adobe Mezzanine Fund II, after raising US$21m. The second fund aims to raise a total of US$40m.

(Impact Alpha) Adobe Capital, the venture capital arm of impact investing firm New Ventures, is out to prove that the path to growth, and competitive venture returns, in Mexico runs through social ventures.

Adobe has raised $21 million in the first close of its second fund aimed at filling the “missing middle” financing gap for small and mid-sized social ventures in Mexico and Latin America. The fund aims to raise a total of $40 million.

“We wanted to prove that this kind of mechanism in developing countries is a good strategy for investors,” Rodrigo Villar, the founder and managing director of New Ventures, told ImpactAlpha. That is, that a fund targeting ventures delivering basic services to Mexico’s low- and emerging-middle classes “could provide equal or better returns than other funds.”

Base hits
Rather than try to hit a home run by seeking out the next tech unicorn, Adobe is “trying to have 10 hits,” by backing cash-flow positive firms delivering healthcare, education, affordable housing and alternative energy to Mexico’s new middle class.
Adobe’s thesis is yet unproven; its first fund has only exited one company. Villar says its portfolio is stronger and more stable than other Mexico venture funds of similar vintage and “we’ve had no write-offs.”

Adobe’s first fund has backed a half dozen firms. In May Adobe exited NatGas, a fast-growing startup that converts taxis and buses to natural gas, helping to cut carbon emissions by 30 percent and fuel costs in half. Adobe estimates its 2014 investment in NatGas helped convert 2,500 vehicles and eliminate 150 tons of CO2.

The fund structures its investments as quasi-equity convertible loans with pre-defined exits. A $1 million loan, for example, may be given a 2.5 multiple, requiring the company to pay back $2.5 million as a percentage of revenues until the loan is repaid. In the case of a liquidity event the loan may be converted to equity. In the case of better-than-expected performance, the loan may be repaid quickly, boosting Adobe’s internal rate of return.

Repeat investors
Adobe’s thesis sold Marcelo de la Garza, a partner at Auria Capital, a Monterrey-based family office. In addition to Adobe’s new fund, Auria backed Adobe’s $20 million first fund and a half dozen others in 2013 and 2014 as part of a foray into Mexico’s emerging private equity fund market. Of the eight funds Auria invested in at the time, the family only reinvested in two. Adobe was one, Monterrey-based Dalus Capital was the other.

Adobe’s “impact” signature was a positive, de la Garza told ImpactAlpha, but what he and Auria really wanted was access to a new crop of companies that were serious about serving Mexico’s emerging middle market. “In Mexico, that’s very profitable,” he said.

In 2014 and 2015, impact investors placed $1.3 billion into Latin America. Most of the investment went into early-stage companies, microfinance institutions and agricultural cooperatives. Mexico has attracted $400 million in impact investment. Altogether, the region attracted $14.3 billion in private equity and venture capital in that period, second only to emerging Asia among emerging-market regions.
As a first-time venture capital investor, Auria appreciated the access that came with investing in a smaller fund. The family co-invested alongside Adobe in the NatGas deal, where de la Garza witnessed Adobe partner Eric Wallsten balance impact and return. “Eric wasn’t only doing investment for impact,” de la Garza said. “He made sure the unit economics made sense, the size of the market was growing and that the model of the business was viable.”

Investment ecosystem
New Ventures is helping to build the impact investing market in Mexico, and increasingly, Latin America. In addition to Adobe, New Ventures runs an accelerator that has worked with more than 800 social ventures since 2004. Those ventures have raised more than $200 million and created roughly 3600 while retaining 9000 more.

In 2010, New Ventures hosted its first Latin American Impact Investing Forum (Foro Latinoamericano de Inversión de Impacto). Now in its seventh year, “the FLII” has become the largest impact investing event in Latin America. Alterna Impact, which is building the impact market in Central America, will host the Central American and Caribbean version of FLII for the third time next month in Antigua, Guatemala.

Last year, led by Villar and New Ventures, Mexico (and Brazil) became a member of the Global Impact Investing Steering Committee, an umbrella for the national-level advisory boards originally convened by the (then) G-8 in 2013. The global body is charged with promoting impact investing around the world and pushing for policy support in national markets.

“The market is moving fast,” says Villar. “The are a lot of new accelerators. Universities are taking action. Some parts of the government are getting involved.” With Adobe’s second fund, New Ventures has its own proof point for the potential for impact investing in Mexico.