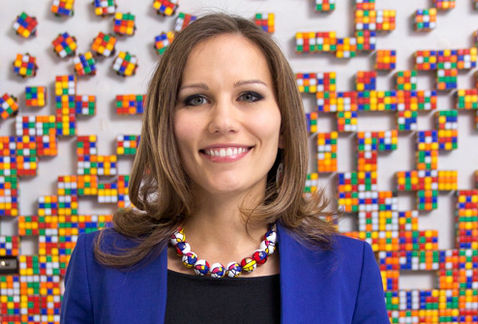 Apli is a Mexican startup connecting workers to flexible job opportunities that just raised US$1.5m from ALLVP, IGNIA, Soldiers Fields Angels, and Social Capital. In this interview with Co-founder and Co-CEO Vera Makarov, we learn how Apli is innovating the traditional recruiting process for service and retail jobs in Mexico, and why she thinks improving turnover and absenteeism in small businesses is a US$100b opportunity in Latin America.

LAVCA: Why did you start Apli?

Vera Makarov: Apli was founded in April 2016 to solve the problems of turnover and absenteeism of operational staff faced by its co-founders in their previous startups.

LAVCA: Who are the founders? What were you doing before Apli?

I previously led the commercial, financial, and operations strategies as CEO of 3 double-sided platforms (online marketplaces): Lamudi, Carmudi (a LatAm classified site for real estate and cars), and Hellofood. I have prior experience in VC/PE at Bamboo Finance, Bain, and others.

LAVCA: What problem is Apli solving? What is the size of the opportunity in Mexico?

Vera Makarov: Most companies suffer from very high rotation and absenteeism of operational staff. Every year, 1 billion work days are missed in Mexico in the services and retail industries.

On the other hand, there are 20 million under-employed Mexicans. Temporary workers, students, stay-at-home mothers, and the unemployed lack flexible temporary sources of additional income.

At the root of the problem, there is a vicious cycle of small and medium sized enterprises (SMEs) that cannot afford to pay higher wages or professionalize their HR and operational workers for whom rotation and absenteeism has become the norm.

Since SMEs and operational workers represent the majority of the economic activity in emerging countries, even an incremental improvement to the status quo produces a huge social impact.

Since SMEs and operational workers represent the majority of the economic activity in emerging countries, even an incremental improvement to the status quo produces a huge social impact.

LAVCA: Who are your investors? Have any of them been particularly helpful?

ALLVP helped us get into NUMA’s acceleration program in May 2016 when we were just starting. They subsequently invested in Apli and helped us with sales, PR, and fundraising.

Vera Makarov: Turnover and absenteeism are huge problems worldwide and there is a US$100b opportunity for on-demand jobs in Latin America, with 250 million Latin Americans connected to the internet through their smartphones.

There is a US$100b opportunity for on-demand jobs in Latin America, with 250 million Latin Americans connected to the internet through their smartphones.

LAVCA: Apli is focused on job opportunities for waiters, cooks, call center agent. How do companies in Mexico traditionally hire these workers and how is Apli changing that?

Vera Makarov: Apli replaces traditional recruiting, which takes 52 days of average to fill a position and depends on thousands of subjective recruiters who spend hours interviewing candidates and who, on average, change jobs every 6 months.

Studies have proven that recruiters make up their minds in 15 seconds using the rest of the interview to confirm their biases, making the labor intensive recruiting process ineffective for operational hires. In contrast, Apli fills vacancies in 24 hours because its unbiased matching algorithm uses hundreds of data points to match candidates to jobs and automates their offer confirmation and attendance.

Even traditional staffing agencies like Manpower or Adecco need at least a week to provide a list of candidates that the company still needs to interview and hire, resulting in two weeks of lost productivity. They also require a minimum contract of one month.

In contrast, Apli offers businesses maximum flexibility allowing them to contract candidates for projects as short as one day, or to try out candidates on a temporary basis for 1-2 weeks before extending them a permanent contract.

LAVCA: Any numbers you can share on Apli’s traction to date?

Vera Makarov: We have had 30,000 candidates registered with 8,000 worked assignments in 400 companies within the first year of operations.

Additionally, 70% of our traffic is on mobile versus desktop.

LAVCA: How does Apli make money?

1) Commissions on temporary workers, where Apli charges businesses US$5-10/person/day on top of what the business pays the candidate.

2) Headhunting fees on permanently placed workers, where Apli charges the business one month of the candidate’s base salary.

LAVCA: What are the next markets you are planning to expand to after Mexico City?

Vera Makarov: Next we are expanding to Monterrey, Guadalajara, Chile, and Peru.