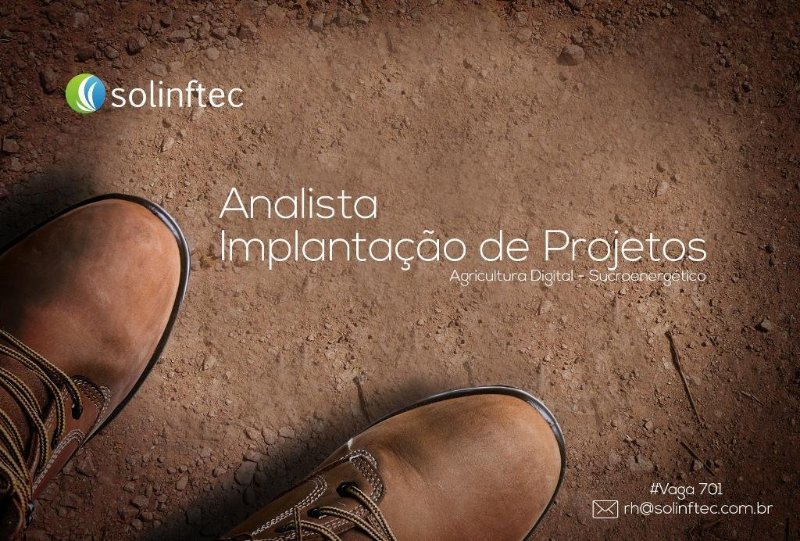 TPG has made an undisclosed investment in Brazilian agtech startup Solinftec through TPG ART, the firm’s Alternative and Renewable Technologies growth equity platform.

The capital will fund the expansion of Solinftec’s platform into new crops and geographies.

Until now Solinftec has focused on improving efficiencies for sugar cane farm operators, particularly around the harvesting process, by collecting data off the farm at various stages.

To do this, Solinftec has a suite of technologies including proprietary hardware, a telemetry communications network, and a software-as-a-service platform.

The hardware, which includes a proprietary onboard computer for tractors and can integrate with any machine brand, gives operations information about the status of their machines and their progress based on their positioning and what activity they’re undertaking.

Combining this with harvest data, Solinftec gives clients a verifiable record of their harvest and traceability from the farm to the truck to mill, without any human input.

“Previously you had manual note-keepers recording that this sugar cane came out of this plot into this harvester and into that truck and so on, but now we collect data in real time from the machines and it’s online; this makes it much more accurate, means it needs fewer people, and avoids fraud,” says Renato Hersz, a shareholder and board member in Solinftec.

Fraud is rife in parts of Brazil’s agriculture industry, particularly as many of the sugar mills do not own their own farming operations, so some growers exaggerate the size of their harvest by bribing the notekeepers.

“Knowing what is happening on the go, we help farmers do more with less and act before issues happen,” said Hersz, who first invested in Solinftec three years ago and heads corporate development for the company.

Solinftec is also tracking how full the trucks are that collect the harvested cane, and when they’re 80% -90% full it automatically dispatches an empty one to take over. With harvesting being the most expensive process for most operators, this means there’s no waiting time while trucks are swapped. This saves on fuel and labor costs and Hersz says that Solinftec has been able to save operators between 10% and 15% in costs.

“Our biggest sign of success is that over the 10 years we’ve been opeating, we’ve had zero client churn; every client is still a client.”

Solinftec is able to transmit data from even the most remote parts of Brazil via its mesh network of devices — Solinfnet — which can also integrate with other hardware such as sensors and weather stations. Mesh networks are often similar to a radio network enabling devices to communicate with one another and ultimately a central hub, which does have an internet connection that can upload the data into a software platform or the cloud if needed, although Solinftec’s onboard computer does a large amount of processing in the field with its embedded software.

While all of the hardware used by Solinftec has been built in-house, the company is open to integrate with other providers; it built the whole stack out of need rather than anything else, according to Hersz.

“The hardware always had a supporting function as a means to achieve optimization in decision making than a goal in itself. It’s been the path of least resistance for expansion, but equally we’re perfectly willing to integrate with OEMs.”

Solinftec’s software-as-a-service enables farm operators to present their information to partners and track the performance of their operations over the years.
It’s not an overly complicated platform, using relatively simple and commoditizable technology, but that’s almost been its secret sauce, according to Roel Collier, director and investor at TPG ART, responsible for South America.

“Everyone knows the farmer is conservative and has 40 decisions in his life that he can’t get wrong,” he says. “If we come out tools that are too complex with too many affectations and different logins and so on, it becomes very hard for farmers to see the forest through the trees. Some mistakes that agtech companies are making are by starting with the tech and then going to the client, and then they’re surprised adoption is low. The right approach doesn’t need to be rocket science but needs to solve something that helps the farmer today. That’s why we’re happy with our investment and why the company has grown.”

While Solinftec has focused on harvesting until now, it is starting to look at other processes on the farm such as spraying and planting and how it can create new efficiencies through technology.
It’s also applying the same technology suite to new crops, including soybean and corn, which are much larger markets than sugar cane in Brazil.

“It’s the same platform, telemetry network and same initial software but on top were creating other software that’s focused on the processes for row crops specifically where the focus is different; for example, harvesting is the main cost in sugar cane, but the main bottleneck in row crops is pesticide spraying, where there’s a short window of opportunity to do it right. Weather has a big impact on the quality of that process and efficacy; if it’s too humid, the chemicals will burn the crop, and if it’s too windy they will fall in the wrong place,” says Hersz.

As part of this new row crop effort, Solinftec now has eight members of staff in the Matto Grosso. The new funding will go towards hiring new talent across the company too and Collier boasts that Brazil has some top programmer talent and lots of agriculture expertise and understanding.

“Ag is a big and relatively glamorous part of the Brazilian economy so we haven’t had a hard time finding the right talent pools,” says Collier. “TPG ART can bring further expertise from our ecosystem into Brazil and we think we can connect both worlds; people in the field getting their boots dirty with farmers and top notch tech professionals from SiliconValley – to promote cross learning that could be useful on both ends.”

International expansion is likely to focus first on Colombia, Guatemala, Peru, the US, Australia and South Africa.

For Collier, Solinftec was the perfect match to TPG ART’s mandate.

“We truly believe that the eventual winners will be those companies that are able to deploy on the fielding understand the farmer’s perspective,” he says. “We always look at companies that could become a base for a platform build-out and Solinftec is a unique example of a company that has great positioning with 10 million acres under management already.”