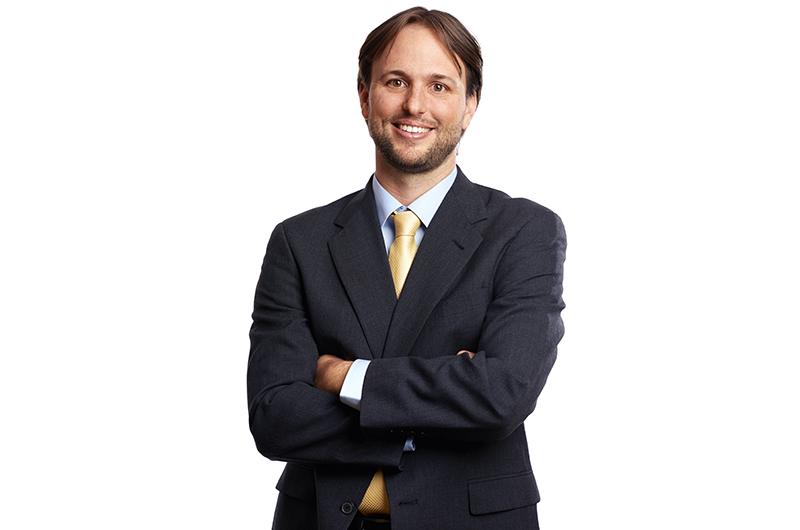 Suyo, a startup making it easier and more affordable for low-income families in Colombia to formalize their houses and land, recently received follow-on financing from Omidyar Network. In this interview with Suyo CEO Matt Alexander, we learn of the overwhelming size of the problem and opportunity:

Approximately 60% of families in Latin America have not formerly registered their property or have given up trying due to the costs and time and overly complicated processes.

LAVCA: Suyo is not a typical startup. Where has your capital come from to date?

LAVCA: What inspired you to tackle the informal housing problem in Colombia?

Matt Alexander: The inspiration for Suyo stems from my experiences working with low-income families in Latin America over the previous decade. At Amsa, an organization I co-founded in 2004, we created economic opportunities for people forcibly displaced by the Colombian armed conflict. During my time there, I heard countless stories of corruption and inequities in the property rights system. As illegal armed actors exploited the system’s flaws to amass wealth and power, displaced families suffered from property rights insecurity on both ends; they lacked formal ownership of the homes from which they fled and the new homes where they resided after displacement. Despite investing resources in two different assets, they were not receiving any of the social and economic benefits associated with ownership.

With these stories in mind, in 2009 I took a new position as Mercy Corps’ Regional Program Manager for Latin America to spearhead a regional strategy focused on land conflict resolution and property formalization. At Mercy Corps, our team discovered important limitations in the traditional property formalization approach that led us to experiment with a business model for scaling the service.

LAVCA: Can you share insights into the problem Suyo is tackling that could help investors outside of Colombia understand the opportunity?

Matt Alexander: Before Suyo, low-income families in Colombia had two options for formalizing their property: either they waited for a subsidized government or non-profit organization project to come along, or they hired independent professionals and informal middlemen.

Property rights formalization services have been severely insufficient and unsustainable under public and social sector-led programs. The Omidyar Network estimates more than US$100b has been spent on these programs globally over the past 40 years. Yet, improvements in the overall incidence of informal property over the same time period have been negligible, and in some regions informal property has even grown. If US$100b in public and social sector spending produces inconsequential results, then a new model for property formalization is clearly needed.

If US$100b in public and social sector spending produces inconsequential results, then a new model for property formalization is clearly needed.

Families who never receive subsidized support are left with the only option of attempting formalization with the help of independent professionals and informal middlemen. Low-income families typically choose not to formalize their property with these providers for three main reasons: the process is too costly, too complicated, and/or they do not trust existing providers.

The all-in costs of the process can exceed US$2,500, which is prohibitive for a low-income family. Provider costs are inflated because of inefficient, manual systems for property data collection, the involvement of excessive intermediaries, and limited scale in customer acquisition. In addition, many providers have used the complexity of the property system to deceive customers, and either take much longer to follow through than promised or fail to deliver services altogether.

As an alternative to these traditional approaches, Suyo’s model uses modern technology and innovative distribution partnerships to provide low-income families with an affordable and reliable solution to property formalization.

LAVCA: What proportion of families in Latin America don’t actually have a formal title to their homes?

Matt Alexander: Using a combination of data sources and our own market analysis, we estimate that approximately 60% of families in Latin America have not formerly registered their property or have given up trying due to the cost, time, and overly complicated processes.

You can also refer to information from Land Tenure, Housing Rights And Gender Review: Latin America, a 2005 publication of the UN Human Settlements Program, that estimates 70% of land plots in Latin America are undocumented.

LAVCA: Given this is such a universal problem in the region, how customized does Suyo’s solution need to be, to be useful on a local level?

Matt Alexander: Although the specifics of the formalization processes can vary from one municipality or country to the next, the type of data we collect, analyze, and prepare is similar across Latin America. With an unrelenting focus on scale, we have designed a model with minimal infrastructure and personnel requirements, and a flexible technology solution for addressing the variation between different geographies. In turn, we can provide our services across a diverse range of municipalities with the same core solution. For example, we have already processed property services in 20 different municipalities in Colombia.

LAVCA: Do you do any work alongside the technology to discourage real estate speculation or to educate those families on their land rights and fair value if they chose to sell?

Matt Alexander: We currently offer property appraisal services through which families can learn the approximate value of their homes. We also help families conduct title studies and property transactions, ensuring transparency and fraudulent-free activity when a customer wants to sell or purchase a property. In the future, we aim to develop a tool that gives customers a snapshot comparison of their property’s value before and after formalization. With it, they will be able to see how the increased property value and other formalization benefits are more than enough to compensate for any incremental increases in property taxes associated with the process.