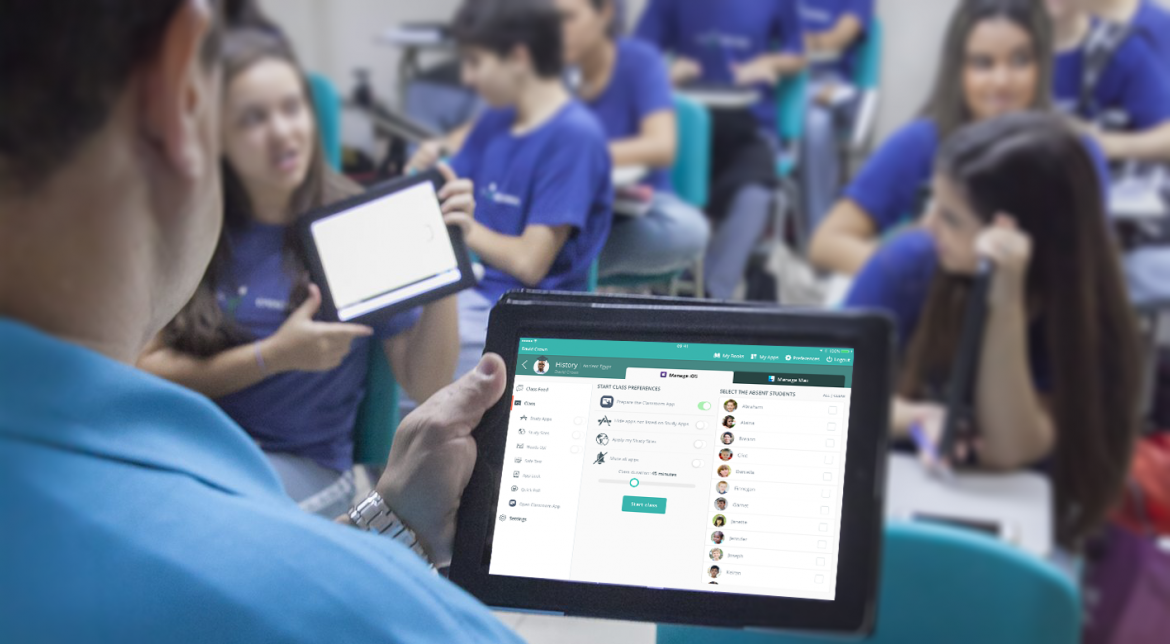 Mosyle is a Brazilian edtech startup with global ambitions to improve the classroom experience by using mobile devices that just raised an undisclosed round from DGF Investimentos to fund its expansion into the US market.

In this interview with Mosyle Founder & CEO, Alcyr Araujo we learn:

LAVCA: Why did you start Mosyle, and what were you doing before?

Alcyr Araujo: I started my career as an M&A lawyer and worked on some VC deals by helping the invested companies. After some time, I realized I would love to be on the other side of the table as an entrepreneur.

I started to plan Mosyle, and the idea was clear to me: I was a bad student in middle and high school because I found school to be very monotonous, and I was inspired to find ways to help students become more engaged in the learning process. By bringing mobile devices to the classroom, we could create a dynamic educational flow and increase the engagement of students.

LAVCA: When you started, what problem were you trying to solve in the Brazilian education system?

Alcyr Araujo: Our goal was, and still is, to address a general education problem: How to take advantage of mobile devices to improve the classroom experience for teachers and students, saving time, optimizing flows, and engaging students. At the time, we were focused on the Brazilian market, but we knew our biggest market would be the US, where access to technology in schools is much higher than in Brazil.

LAVCA: Why did you decide to focus on the US market and what is the opportunity? What do you think your competitive advantage is, vis-a-vis US-based edtech startups?

Alcyr Araujo: After some time working on our mobile-first LMS (learning management system), Scules, we saw that by bringing mobile devices to the classroom (as many other startups were doing at that time), we were also creating a new problem critical to our growth: IT departments and teachers now had to find a way to manage thousands of devices.

…bringing mobile devices to the classroom created a new problem critical to our growth: IT departments and teachers now had to find a way to manage thousands of devices.

For this reason, we tried to onboard existing MDM (mobile device management) providers as partners, but all attempts failed. Their products were made for companies managing adult devices, and not teachers managing children’s devices.

The only option we had was to create our own MDM, designed for education. After the initial development and launch, we saw how effective the product was, and considering the MDM providers we first tried to partner with were the main providers for the American market, we realized schools in the US, and in other countries, were potentially facing big issues with managing their devices as well.

By visiting numerous American schools, we were able to validate this hypothesis and decided to focus on the US market as an education-only MDM provider. For this reason, our competitors are not edtech companies, but rather enterprise MDM providers, and our specialization in education is definitely our biggest advantage.

LAVCA: Why did you decide to sell your LMS product and only focus on MDM?

Alcyr Araujo: Through Scules, we bring all common educational flows to the iPad, including wide assessment options, calendars, content, and more. The product is amazing and we love it, but could see a better opportunity to impact more schools with our education-only MDM. Considering focus is critical for a startup, we just decided to sell the Scules product to someone with the knowledge and resources to keep it running and improving.

LAVCA: What is your MDM software, and who are your clients?

Alcyr Araujo: Mosyle Manager is our education-only MDM, aimed to help teachers and IT staff have full management of devices, like iPads and Macs, in use by their students.

More than 2,000 schools are using Mosyle Manager, and that number is quickly increasing. 85% of our clients are American K-12 schools, including public schools, charter schools, and private schools from all 50 states. The other 15% is split between 50 countries including Australia, Canada, England, Mexico, and of course Brazil.

LAVCA: How does it work — How are mobile devices being used in the classroom in 2017?

Alcyr Araujo: Almost all the schools are using mobile devices with students in different models, such as 1:1 (each student and teacher have their dedicated device) or Shared (a higher number of students share common devices organized normally in carts or labs during some classes). Mosyle Manager operates in both models, first by allowing the IT staff to set the basic policies, install apps, set restrictions, and more. On the other side, Mosyle Manager gives teachers control over the devices during class time, with a intuitive interface, so they can always be sure the devices are helping and not distracting.

LAVCA: Mosyle Manager is one of the most recommended solutions worldwide to manage Apple devices running iOS and MacOS. How did that happen?

Alcyr Araujo: We launched Mosyle Manager in April 2016 and a number of our customers just engaged during the last 14 months, unexpectedly through word-of-mouth. Our investment in acquiring customers was practically zero, with no paid campaigns in Google, Facebook, or Twitter. All customers came through a recommendation from other schools, which has resulted in Mosyle Manager being used in all 50 states in the US and more than 50 countries.

We were really surprised with the potential of word-of-mouth. It’s a great lesson with two different applications: First, if you are making something really good, sooner or later the growth will come and our numbers prove it. And if you are not proving a good service and treating your customers as they expect, it doesn’t matter how much money you invest in customer acquisition, their frustration will always speak louder.

LAVCA: You just announced an investment from DGF Investimentos to fund your expansion into the US market. This is your first venture funding for Mosyle. How did you fund the business up until now?

Alcyr Araujo: We launched Mosyle in parallel with a business developing mobile apps for third parties. Part of the team worked on client projects, which brought us immediate revenue, while the other part of the team worked on Mosyle. The challenge was balancing this so we could make the money we needed to pay our costs each month, while maintaining an accelerated pace of development for Mosyle.

After we launched Mosyle, we still kept the other part of the business going until Mosyle started generating enough revenue to cover our costs. Then we shut down the other part and focused exclusively on building Mosyle.

LAVCA: Why did you decide to take funding from DGF?

Alcyr Araujo: I knew about DGF because they invested in a company when I was  working as an M&A lawyer.  I worked with them directly after the investment, going through the entire growth strategy, which involved acquiring some competitors, to exit through a sale to Thomson Reuters.

At Mosyle, when we decided that expanding to the US would require outside capital, I learned about the fund Patrick Arippol is running at DGF. We have a good sincronia, and since I had already worked with DGF, it was an easy decision for us.

LAVCA: Has DGF been helpful so far? How?

Alcyr Araujo: Mosyle operates in a very specific market (MDM) and it’s not so easy to find advisors with background in this area, but DGF is always working to bring ideas and suggestions to the table and share contacts who can help us on our way.

The move from Brazil to the US is out of our comfort zone, but we are all working to learn together and use the tools we have in a coordinated way to accelerate our growth. So far it’s working really well.