Cornershop CEO Oskar Hjertonsson: Showing Significant Progress to our Investors was Critical to Landing our Series B 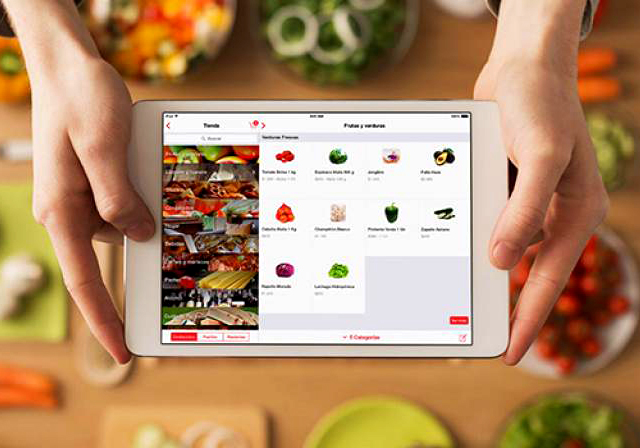 Cornershop is a startup founded by Oskar Hjertonsson, Daniel Undurraga and Juan Pablo Cuevas that is bringing the on-demand grocery delivery model to major cities in Mexico, with over 1,000 orders a day, and over 90% of their order traffic via mobile. Cornershop is the first startup in Mexico to receive venture funding from Accel Partners including participation in a US$6.7m Series A in 2016 and a recently closed US$21m Series B. Cornershop was first funded by ALLVP in 2015. Other investors include US-based Jackson Square Ventures, European investor Creandum, Grupo Bimbo Family Office, and Endeavor Catalyst.

In this interview with Cornershop CEO Oskar Hjertonsson, we talk about how they explained the opportunity to their investors, and their traction to date.

LAVCA: What cities are you currently operating in?

Oskar Hjertonsson: We’re operating in Mexico City, Monterrey, Guadalajara, and Querétaro in Mexico, and we’re about to launch in one more city in Mexico. We have also been operating for almost two years in Santiago, Chile, as a part of our initial launch back in June 2015.

Oskar Hjertonsson: We’re delivering more than 1,000 orders a day, and we’re seeing great customer retention. Almost 90% of orders are placed using one of our mobile app. iOS is more important than Android for us.

The average delivery distance varies by city and is also based on which specific supermarket we pick from, but it’s several kilometers per order, on average. Most deliveries are made using a car.

LAVCA: Who are your clients?

Oskar Hjertonsson: We have customers in different socioeconomic demographics representing all age groups, with tendencies towards women, 30-50 years old, professionals, and families with kids. Customers can pay with credit card, debit card, PayPal, or a Si Vale card.

LAVCA: You are also working with thousands of Personal Shoppers. Who are they?

Oskar Hjertonsson: We recruit Personal Shoppers through various channels, including Facebook ads and referrals from other shoppers.

To tell you the truth, there is no one specific “shopper profile.” There are women and men, young and old….  what they all tell us is that they like the idea of working without fixed hours.

Oskar Hjertonsson: We work together with our partners to improve the catalog and to increase efficiency. In exchange for a commission on all the groceries we pick in their stores, we also offer their stores at more competitive prices.

LAVCA: How did you explain the market opportunity to your American investors (Jackson Square, Accel) and European investor (Creandum) for the Series A last year? Are there parts of the model that work better in Mexico versus the US?

Oskar Hjertonsson: We didn’t talk much about the US market in our fundraising, but we did mention that our cost of labor is lower versus similar companies in the US. We focused on presenting our unique opportunity: Our markets and our team. The failure or success of past and current companies in the US might obviously be important for how some investors will understand and evaluate our business, but it’s not something we spend time thinking about internally.

LAVCA: What changed from the Series A to the Series B, either in the conversation with your investors, or in Cornershop’s progress?

Oskar Hjertonsson: If I had to guess how investors looked at the round differently, I would guess that the Series A was perceived to be riskier—Will they continue growing? Will they become economically more efficient in their operation? Will they maintain quality KPIs as they grow past low order volume?

I think by late last year, seven or eight months after our Series A, we had shown significant progress on many of the key issues for our Series A investors.

If I had to guess how investors looked at the round differently, I would guess that the Series A was perceived to be riskier—Will they continue growing? Will they become economically more efficient in their operation? Will they maintain quality KPIs as they grow past low order volume?

LAVCA: ALLVP was your first investor in 2015. How did you connect with them, and what can you share about why they invested?

Oskar Hjertonsson: ALLVP was our first venture investor and critical to the company at several moments. If I’d have to guess why they invested, I think it’s a combination of a market they like, a model they buy for that market, and a team that has previous relevant experience for building that kind of company—my co-founder Daniel Undurraga and I worked for a number of ecommerce startups in Latin America, including Groupon, before we started Cornershop.

LAVCA: What is the big vision for Cornershop?

Oskar Hjertonsson: We want to be the best grocery delivery service for the cities in which we operate.