Special Contribution: A Record Year for Agtech in Latin America? 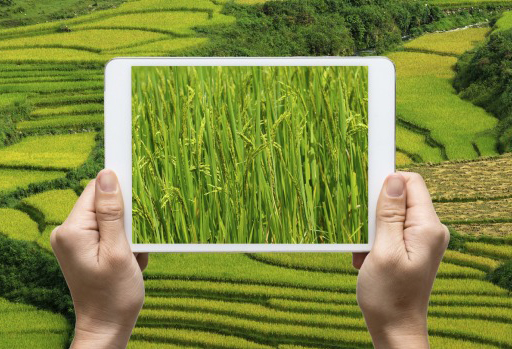 This is a special contribution written by Jackie Hyland of Silicon Valley Bank.

Across the planet, countries and communities are feeling the effects of growing populations, urbanization, and climate change. These environmental and economic forces have pushed governments, scientists, and startups to think about how to adapt for security and survival, while also minimizing environmental damage. New ideas of how to address these challenges are starting to trickle through via the digital economy, the “next green revolution,” and agricultural technology (agtech).1

Brazil trails only US as leading food exporter

In Latin America, the need and opportunities are overwhelmingly clear. Considered one of the world’s breadbaskets, Latin America is an overall net food exporter and represents 13% of all agricultural trade. It holds 23% of arable land (second to Sub-Saharan Africa), 31% of water, and 23% of the globe’s forests. It accounts for 50% of soybean production, 44% of beef exports, and 42% of chicken exports.2 Brazil is Latin America’s leader as the second largest food exporter in the world (just behind the United States) and as the largest producer and exporter of sugar, coffee and orange juice. It is also and the second largest producer and exporter of soybeans, beef, and poultry. Following Brazil is Argentina, with total agricultural exports having averaged US$42 billion per year over the last three years.3

Even with these large representative numbers, agricultural production in Latin America will have to grow 80% by 2050 to meet an expected population increase of more than 35% in the same time period.4 Given challenges such as high production costs and lack of infrastructure, ways to solve logistics will be an issue for countries like Brazil and Colombia. Argentina, with its new government in place, will need to monitor new trade policies that will favor continued growth. Given these massive challenges in a heavy industry sector riddled with inefficiencies but with a huge market opportunity, it’s no surprise that technology companies have begun to think about how to solve these problems in Latin America.

Globally, agtech had been slower to attract venture capital, but has been taking off in recent years. After the acquisition of the first agtech unicorn Climate Corp. by Monsanto in 2013, new investor interest has been sparked,5 and $25 billion went into agtech in 2015. Similarly, there were $31 billion in acquisitions by the largest agriculture companies between 2008 and 2015.6 In Latin America, the bulk of venture capital has gone to fintech, with more than US$142 invested between 2010 and 2015. Agriculture capital doesn’t come close, but is quickly growing. According to the Latin America Venture Capital Association (LAVCA), the amount invested in agtech between 2014 and 2015 tripled from $4M to $12M, and was one of the few industries to grow between these two years. Despite its overall growth, agtech still continues to represent barely 1% of overall VC investment in the region, and is one of the most undercapitalized sectors in all of Latin America.7

While holding a small representation in the VC space in 2016, agtech in 2017 looks promising. In 2016, Microsoft and Monsanto joined together to create a Brazilian investment fund worth R$300M (US$92M). Qualcomm, also part of the new Monsanto/Microsoft agtech fund, mentioned that they are bullish on digital agriculture and are betting that “autonomous data input and connectivity innovations will be one of the catalysts for the adoption of digital tech in large-scale farms in Latin America and globally.”8 They also plan to get a drone on every Brazilian farm. BASF, the German chemical company, and ACE, a local Brazilian accelerator, are supporting a Brazilian agtech accelerator called AgroStart.9 NXTP, a local seed investor and accelerator, is also launching its second agtech accelerator early next year. (See the partial list below of some of the agrotech startup companies from 2016).10

The next leap in ag: IoT, APIs, drones, and robots

According to Eddie Rodriguez Von Der Becke CEO of Tambero, a cloud platform with cattle management software for farmers in Argentina, the biggest challenge for startups in this space will be scalability in a new industry. “Our biggest challenge now is to take the next big leap in the agriculture industry and scale technology — figure out how to accelerate the growth to scale from 100,000 farms that today to reach more than 100 million tomorrow?” He predicts that internet of things (IoT) and the use of APIs to connect very cheap sensors and satellite information that generate intelligent information will be one of the key ways to scale agtech in the next years.11 Other subsectors of agtech that are emerging in Latin America are precision farming, drones and robotics, smart equipment and hardware, decision and data support technologies, as well as food e-commerce. Some examples of agtech startups in Latin America are:

Some of these companies such as S4 and Strider have already begun their international expansion into other markets. As we continue to see more startups and investments in the region, 2017 is on track to be a record year for agtech activity in Latin America.

Jackie Hyland is a director on Silicon Valley Bank’s Global Gateway team, which was established to work with innovation companies and their investors in international and emerging technology-focused markets. Leveraging her years of experience in Latin America, Jackie handles business development and manages SVB client relationships with venture capital investors and entrepreneurs in the region.