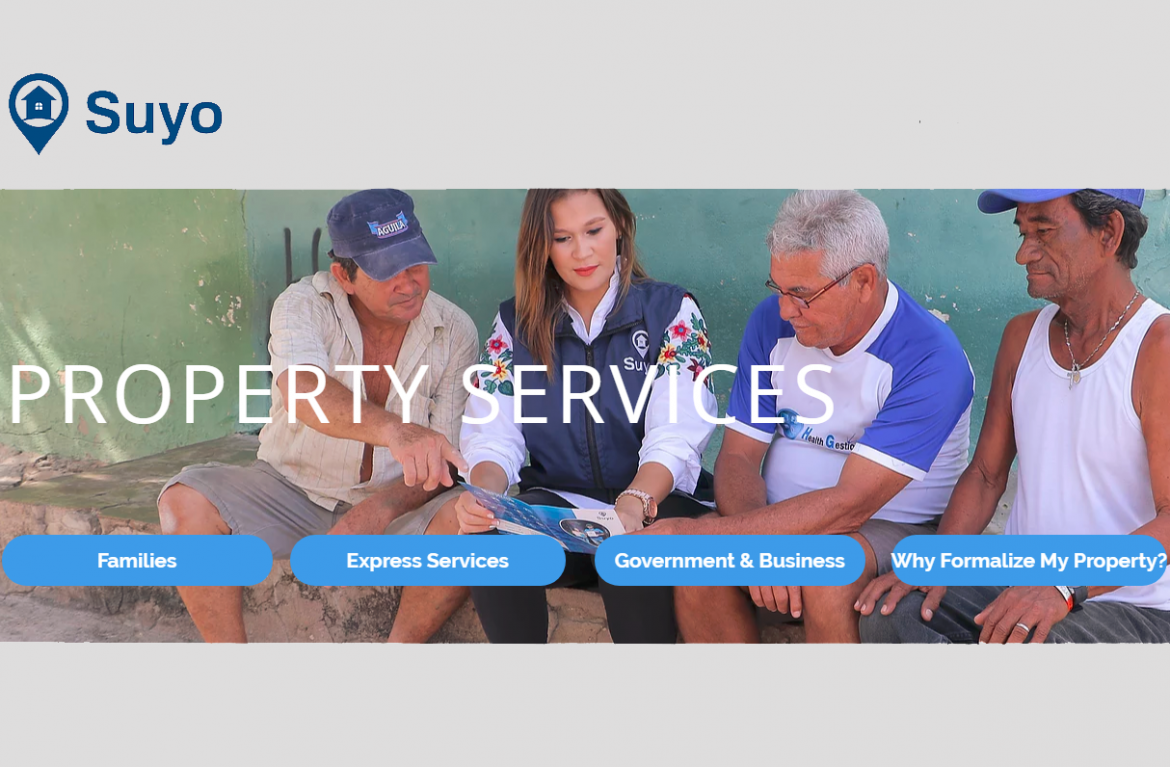 Omidyar Network announced an extended round of funding for Suyo, a Colombia-based startup that helps Colombia’s low-income families secure their homes and land via mobile and geospatial technologies, microfinance, community partnerships along with legal and logistical support.

(Omidyar Network Suyo LAVCA Venture Investors) Omidyar Network announced today an extended round of funding for Suyo, a Colombia-based startup making it easier and more affordable for low-income families in Colombia to formalize their houses and land. The latest round of funding will be used to help expand Suyo’s reach with a goal of benefiting more than 500,000 people by 2021.

Approximately 60 percent of families in Latin America have not formerly registered their property or have given up trying due to the costs and time and overly complicated processes. This blocks them from the social and economic benefits from having legally recognized property documentation. These documents help lift them out of poverty as they are often a pre-requisite for access to financial, educational, and health services, as well as utilities services, such as water and electricity. Studies clearly show these benefits accrue and lead to increased investment in the family home and families themselves with an ability to transfer rights from one generation to another.

Since launching in 2015, Suyo has sold formalization services to approximately 1,100 families across several municipalities in Colombia, including Bogotá, Cali, Medellín, and Barranquilla. Its technology, which automates the otherwise tedious legal and technical analysis for property formalization, has reduced the costs by up to 50% for some services.

The company is making good progress and focused on developing partnerships for more effective delivery. Omidyar Network, along with three other investors in this round, believes Suyo is well positioned to provide property formalization services at scale.

“Suyo is pioneering a more scalable approach to property formalization and creating an entirely new market,” said Peter Rabley, Venture Partner at Omidyar Network. “The company’s growth over the last two years is a promising sign of what’s to come—particularly for the countless families in Latin America that stand to benefit from Suyo’s innovation.”

“It is critical for us to partner with an investor that understands the opportunities and challenges of scaling property formalization in an emerging market economy,” said Matthew Alexander, co-founder and CEO of Suyo. “Omidyar Network’s support will enable Suyo to expand our services across the four biggest metro areas in Colombia, as well as contribute to a successful post-conflict transition in the country.”