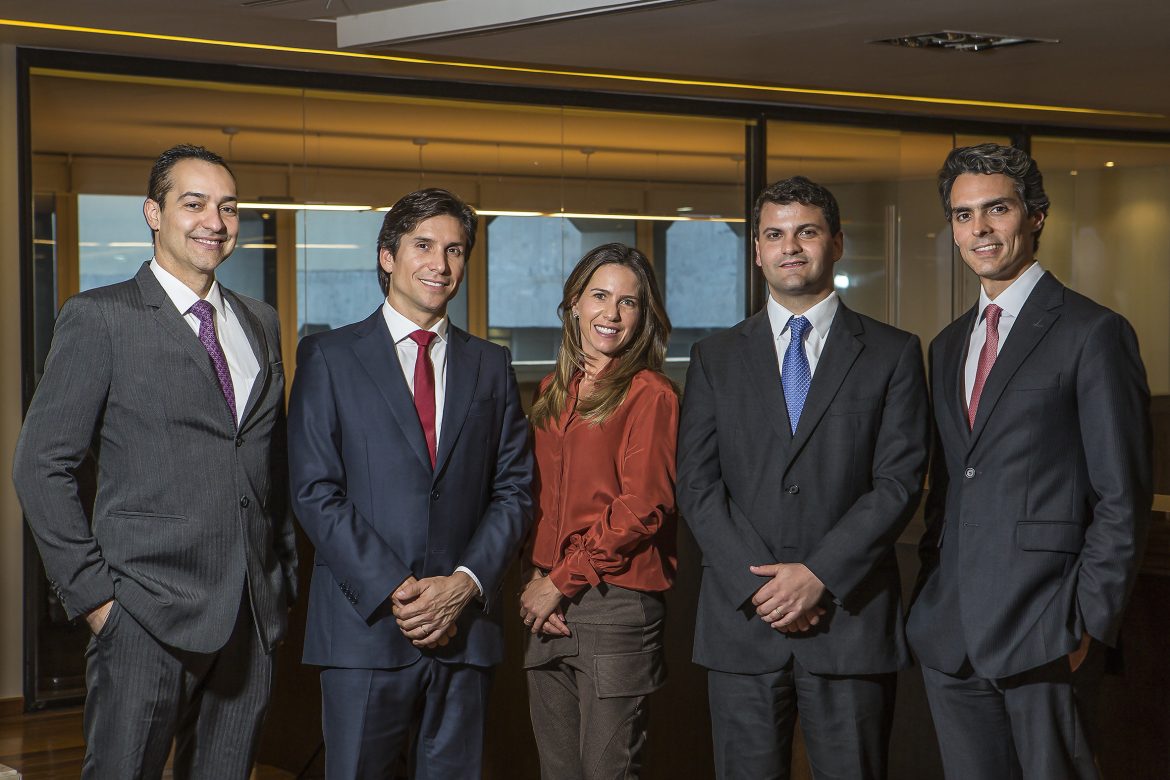 LAVCA spoke with Manuela Larangeira Kayath, Partner, Jive Investments about how improvements to Brazil’s legal system combined with the consequences of the economic crisis the country has been facing has generated a significant opportunity for distressed investing. The number of companies that filed for bankruptcy protection in Brazil in 2016 more than doubled as compared to the previous year, having reached almost 2,000 companies across all different sizes and sectors. This translates to a significant increase in delinquency rates, forcing the banks to restructure many of the loans outstanding.

LAVCA: Please provide some background on Jive Investments. What was the specific opportunity in Brazil in 2010 that allowed you to start acquiring non-performing loan portfolios?

Manuela Larangeira Kayath: Jive Investments was founded in 2010 to present a bid to purchase three loan portfolios in Brazil from Lehman Brothers’ bankrupt estate. The bid was approved by the United States Bankruptcy Court on December 2010, marking the foundation of Jive. Since then, the firm has become a fully dedicated distressed investment company in Brazil, with a primary focus on the sourcing, acquisition, and recovery of non-performing loans and other Special Situation-related assets. Jive currently has R$730mm (~US$233m) under management, having acquired portfolios with over R$7bn (US$2.2b) in face value since its inception.

LAVCA: Talk us through Jive’s fund history. How many funds have you raised since 2010? How has the opportunity and your strategy evolved since the first fund?

Manuela Larangeira Kayath: From its inception until the launch of its first “official” fund in 2015, Jive’s investments were funded predominantly with proprietary capital. The partners reinvested the profits from the Lehman investment to grow the platform and acquire other portfolios in the market, often inviting co-investors to participate on specific transactions. In late 2014, with the deterioration of the macro-economic scenario in Brazil, Jive decided it was the right time to raise a fund with capital from outside investors. Jive therefore structured and distributed its first fund in 2015, having closed in August of that year with R$500mm (US$159m) of committed capital. Since then, Jive has deployed 65% from this vehicle (Jive Distressed Fund I), and also created a second fund to accommodate co-investors in a large transaction closed in the end of 2015, raising an additional R$230mm (US$73m).

LAVCA: As of today, Jive is active in Brazil. Do you see yourself expanding to other markets? Would your strategy translate in other jurisdictions?

Manuela Larangeira Kayath: The Brazilian distressed market, after two years of profound recession, offers a very attractive opportunity set to invest. This includes not only a robust nonperforming loan (NPL) market, but also interesting transactions in the distressed real estate market and claims against Federal entities. For this reason, Jive expects to remain dedicated to Brazil in the next few years. An eventual future expansion to other Latin markets is not unrealistic, but there are no concrete plans at the moment. The change in jurisdiction, given the differences in the legal systems, could present a challenge in other markets – so Jive would likely consider partnering up with a local team before deploying capital outside of Brazil.

LAVCA: Describe how you work within the legal system. What are the advantages and disadvantages of interacting with Brazilian courts?

Manuela Larangeira Kayath: Brazil’s legal system has progressed significantly in the last few years, with the digitalization of court records and creation of the National Justice Counsel, which oversees the judiciary system. While the legal system is sometimes criticized for being overly bureaucratic, complicated, and time consuming, overall, the system is effective and decisions of the Supreme Court and high courts are final and respected by all levels of government. The Brazilian legal system’s reliability is essential for the process of servicing and collection of defaulted debts.

The new Bankruptcy Law, which was approved in 2005, was actually mirrored in the US’s Chapter 11, and despite not being as effective for creditors as the American version, it is a drastic improvement from the previous legislation.

The challenge is understanding what are the possible outcomes in a case, assigning probabilities to them and pricing them correctly.  Over the years, Jive has built a large database of decisions that allow us to improve upon our models by backtesting our credit scoring algorithms.

LAVCA: Describe the landscape in Brazil for corporate non-performing loan portfolios. How have recent events, such as Odebrecht, created opportunities for Jive?

Manuela Larangeira Kayath: As a consequence of the economic crisis the country is facing, the number of companies that filed for bankruptcy protection in 2016 more than doubled as compared to the previous year, having reached almost 2,000 companies across all different sizes and sectors. This obviously translated to a significant increase in delinquency rates, forcing the banks to restructure many of the loans outstanding and increasing the level of provisioning on their balance sheets. The rise in the corporate NPL ratio is always an opportunity for Jive, as the banks become more inclined to divest their NPL portfolios to the market.

As a consequence of the economic crisis the country is facing, the number of companies that filed for bankruptcy protection in 2016 more than doubled as compared to the previous year

LAVCA: What other types of opportunities do you see outside of loan portfolios? Are there other sectors or strategies of interest to Jive in Brazil?

Manuela Larangeira Kayath: Since 2013, Jive has become very active in investing in claims against Federal entities, including precatórios. This is an asset class that has become increasingly more liquid as a consequence of the crisis, as owners of these claims seek to monetize on non-core assets held by companies and individuals. We believe the return profile for these assets is quite attractive – despite having sovereign underlying risk. It can be a legal and bureaucratic challenge to actually get paid, so Jive’s legal expertise and ability to estimate the time a case will take in court can be extremely helpful in this process.

Manuela Larangeira Kayath: Several international firms came to Brazil in late 2015 to analyze a servicing platform that was going through a sale process, and naturally the distressed market opportunity has called upon the attention of several global investment firms. As of today, the foreign players have not been very active in the market – but in the last two years, we have noticed a movement of some of these players trying to set up a local platform and partnering up with a local team in Brazil. We believe the competition in the market is quite healthy: these players have ample experience in other distressed markets across the globe, offering sophisticated and new structures and strategies that can be replicated locally. Moreover, the distressed market offers several investment niches in a very broad spectrum, so there are players focused on real estate, others on liquid companies, junk bonds, consumer NPL, etc.

We believe the competition in the market is quite healthy: these players have ample experience in other distressed markets across the globe, offering sophisticated and new structures and strategies that can be replicated locally.

LAVCA: How do you generate exits and liquidity for your investors? What is the timeline?

Manuela Larangeira Kayath: Our existing Fund has a 6-year term, and once the investment period is over (in January 2018), it is actually a self-liquidating structure. As we collect from the debtors in our portfolio, or recover a claim, the proceeds are immediately dispersed to our investors. The timeline could range from 2 to 4 years, depending on the investment profile.

LAVCA: What challenges and opportunities do you expect to see in Brazil in the next 5-10 years? What other markets are you keeping an eye on?

Manuela Larangeira Kayath: In terms of market opportunities, we think the distressed cycle is in an  early inception phase in Brazil. We are yet to see a liquid market for residential-NPLs, which has been an active market already in several other LATAM countries for years – but in Brazil, the banks are still testing the waters in this segment. The large cases of debt reorganization (Oi, Grupo X, OAS, etc.) should also trigger a new wave of structured transaction, DIP financing, and sale of assets, bringing new and sophisticated players to the distressed market. The legal system and the adjustments needed in the Bankruptcy Law are still a challenge,  but we have a positive outlook that they will gradually be improved. Brazil is emerging from its most severe economic crisis, so there will be plenty of opportunities in this market.

LAVCA: Why did you join LAVCA?

Manuela Larangeira Kayath: If you want to be an active investor in Latin America that is accessed by global institutional investors, LAVCA is definitely the right place to be. We joined LAVCA not only to be able to participate actively in all the Roundtables and interesting conferences offered by this Association, but also to have access to the great content that is produced and available to all members. It is definitely the best platform available in the market to connect world-class investors to local GPs in Latin America. It has been a positive experience since we joined.