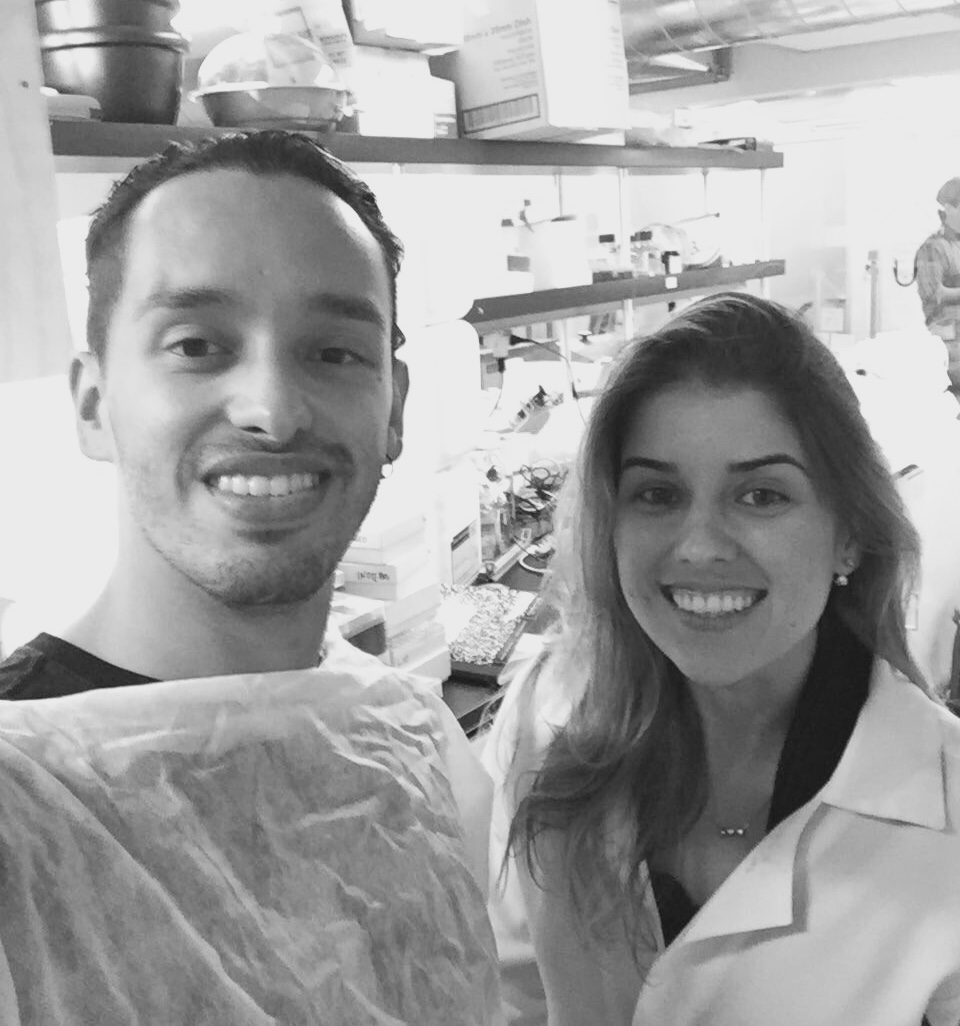 OneSkin is a biotech startup in Silicon Valley with ambitious plans to discover anti-aging molecules. In LAVCA’s interview with Brazilian founder and CEO Carolina Reis, and Colombian CTO Andrés Ochoa, we learn:

LAVCA: What is your scientific background and how did you started working together?

Carolina:  My PhD at the Federal University of Minas Gerais in Brazil was focused on stem cell research. I was working with embryonic stem cells, producing epithelial retina cells and reprogramming them to treat retina degenerative diseases. However, despite advancements in stem cell science in academia, there was not a lot of transference to real life scenarios. I saw opportunities not only to explore more applications, but also to apply this science to tangible needs in the market.

Andrés: I’m from Bogotá. I’ve known I wanted to be a scientist since I was 15. I moved to Brazil to do part of my PhD in genomics at São Paulo University. My love of science is motivated by the need to put it into service to people and to actually change the world. In particular, I started a non-profit called SyntechBio to help take this kind of science out of the labs. It has supported spaces in Peru, Colombia, Argentina, Brazil, Chile, and Mexico.

My first startup was around the automation of genetic engineering. We raised money from 500 Startups and IndieBio. IndieBio put me in touch with Carolina with the view of a potential collaboration. Carolina grows tissues, and genetic data and analysis is my specialty.

LAVCA: With your backgrounds in biochemistry and genomics, you could have chosen to grow any number of types of human cells. Why the focus on skin cells?

Carolina: We decided to focus on the skin because Brazil is the third largest market globally for the cosmetics industry, behind the US and Japan, in terms of annual sales. There is a mandate to stop animal testing for cosmetics by 2019 in Brazil, and the best technology to replace animal skin is growing human skin. No one in Brazil was doing that, so we decided that’s where we would start.

LAVCA: Why did Brazil decide to phase out cosmetic animal testing?

Carolina: There was an incident in 2013 when people invaded a pre-clinical cosmetics testing facility that was testing on beagles. After that, the population mobilized and the government gave the industry five years to change or replace animal tests. The main cosmetic companies in Brazil have already replaced animal testing with testing on reconstructed human skin, because they know it’s important for their brands, but there are always some companies that are less concerned about ethics and sustainability. 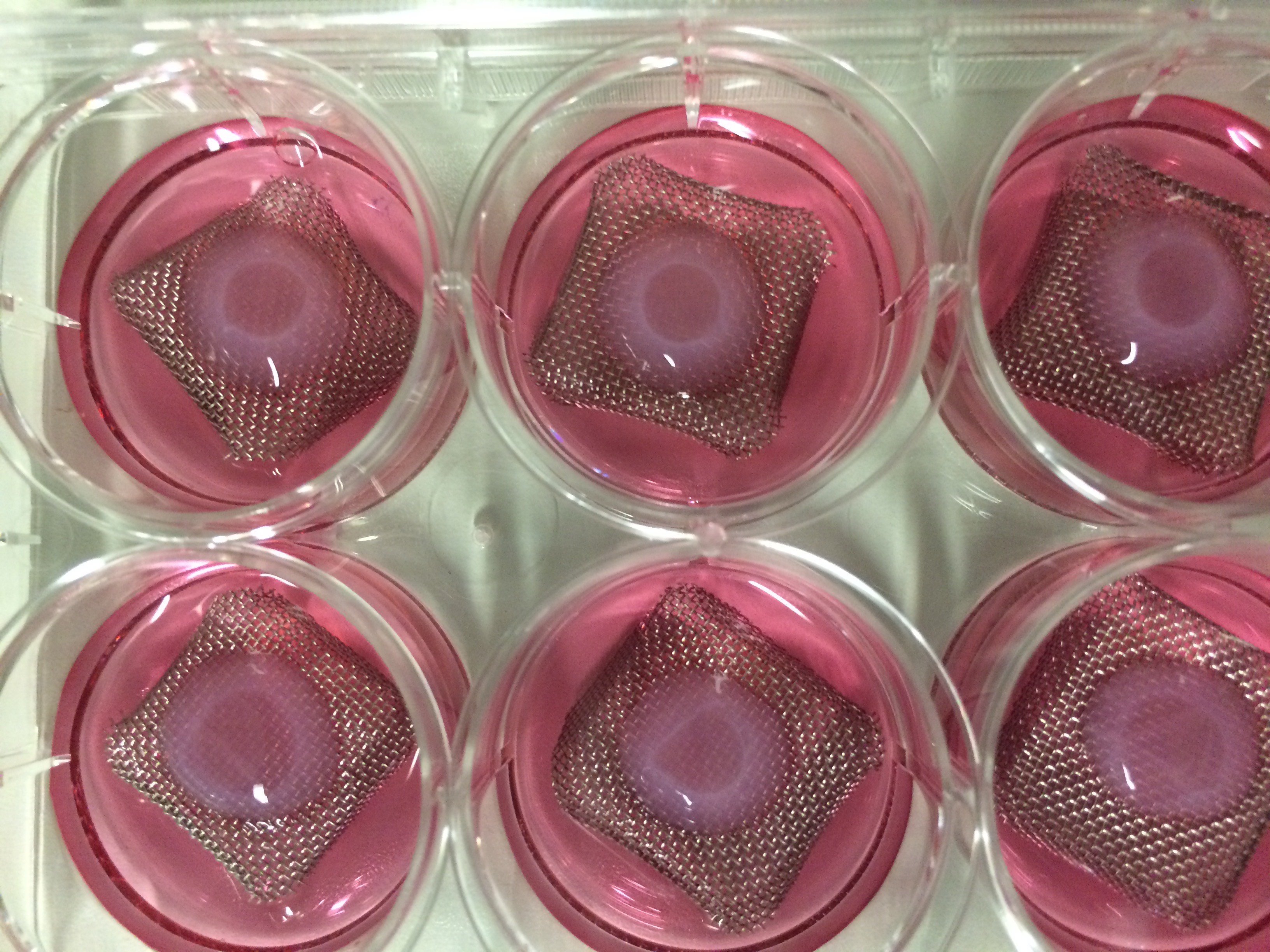 However, we learned that there isn’t that big of a market for testing the safety of new products; even the major companies in Brazil only test a couple dozen new products per year. The bigger focus is on improving how their products work, and demonstrating the efficacy of their products. At that point, we realized that the anti-aging market was growing, but there was no good assay to really show long term effects. We developed a way of aging the skin we’re growing, and now we’re testing how to discover molecules that can actually reverse the aging process.

I already had the idea to work with skin when I came to IndieBio. But, I went into it thinking about how we could solve a particular problem for the market in Brazil. Here in Silicon Valley, we were surrounded by people pushing us to think globally about how we could change millions of people’s lives, and to think about making billions, not millions. It was empowering. You start to believe it and you see that you can really make it.

LAVCA: Is the idea for big cosmetic companies to pay you to test their products on the skin you grow, or do you think you’re actually going to be able to do some scientific experiments and possibly unlock one of the secrets of anti-aging?

Our strategy is to go for the big opportunity, and actually discover and produce anti-aging molecules

Andrés: Our strategy is to go for the big opportunity, and actually discover and produce anti-aging molecules. Silicon Valley is pushing us to do that.

Carolina: When I came here, I thought we could de-risk our business model by providing this testing service for bigger companies that are already in the market. Then, we talked to some VCs who invest in pharma companies, and they said, “Why are you testing their molecules using the testing method that you have? That’s your platform, why don’t you develop your own molecule?” Let’s stop aging, and then let’s reverse aging. We have the tools that will allow us to really develop that.

LAVCA: What progress have you made over the past year, since you finished IndieBio?

Carolina: We’ve already found our product/market fit and have clients interested. We have a lab in California where we are testing our new products on skin tissues we’ve grown. We are incorporated here and filing for patents. The first provisional patent we filed is to measure the skin’s aging. The application of this algorithm for the cosmetic industry is very new and we are continuing to gather more sustained data.

LAVCA: Do you have to go through the FDA for approval?

Andrés: Yes, we do. But the interesting part is that this is a process much less regulated when you compare it to the pharma industry. It allows us to test our products faster and get into the market in two or three years.

Carolina: We’re starting with the cosmetics industry, but later we can move to pharma. When you think about reverse aging, you can also potentially apply the same technology to other tissues and treat or prevent many diseases.

When you think about reverse aging, you can also potentially apply the same technology to other tissues and treat or prevent many diseases

LAVCA: What makes OneSkin’s approach or technology defensible in comparison to other teams looking at anti-aging and stem cells? How have you approached that question from investors?

Carolina: It is a unique experience to pull these things together: Growing different kinds of skin that are more representative of the consumer’s skin we want to treat; aging the skin, developing an algorithm to measure the aging; and then reprogramming the skin cells to not just stop aging, but go backwards a little bit.

Andrés: The science we’re talking about is really recent science and the people working on the science don’t think they can put it in the market.

Carolina:  So we are bridging the gap.

LAVCA: Besides the US$250k in funding you received from IndieBio, have you raised any other capital?

Carolina: Yes. We have raised more than US$200k from angels investors, and we are closing our seed round now.