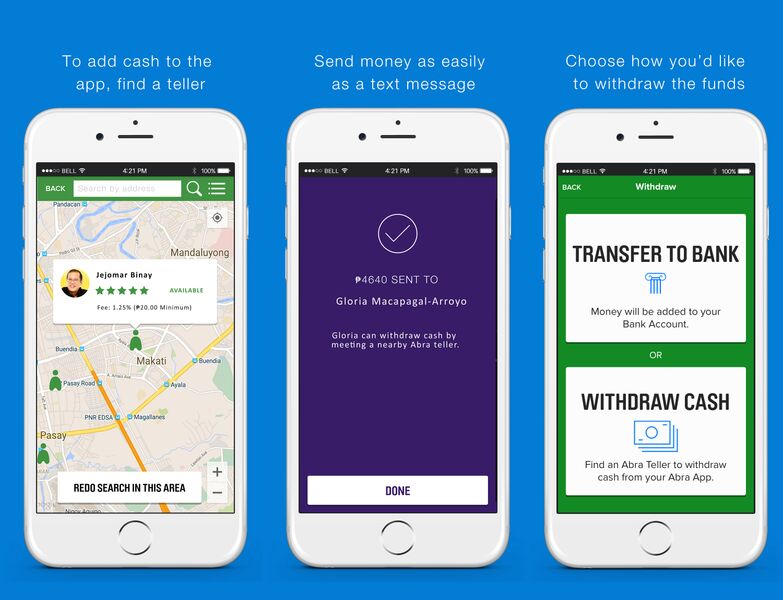 Mexican Venture Capital fund IGNIA made an undisclosed investment in Abra, a blockchain-enabled mobile payments startup based in California. Mexico is a key market in Abra’s international expansion efforts.

(Press Release) Mexico City, January 16, 2017 – The Mexican venture capital firm IGNIA has today announced their investment in Abra (www.goabra.com), a bitcoin-blockchain-enabled mobile wallet and payments company based in Mountain View, California that aims to make sending and receiving payments as easy as sending a text message. Mexico is a key market in Abra’s international expansion efforts; the Company plans to grow rapidly in the country in partnership with IGNIA. Through this investment, IGNIA reasserts its confidence in Mexico’s growing fintech sector and reaffirms its commitment to invest in innovative solutions that foster financial inclusion.

Founded in 2014 by Bill Barhydt, an experienced Silicon Valley entrepreneur, Abra enables its users to store digital cash on their smartphones and send it to other Abra users or merchants anywhere in the world. This is all possible without requiring users to have a bank account or credit card. Additionally, through its network of independent Abra Tellers, Abra will make it easy for its users to add or withdraw funds at thousands of convenient locations across Mexico. The platform leverages Blockchain technology for fast and secure money transfers and payments while protecting the value of users’ holdings in dozens of different currencies. Users can send money instantly to friends and family all over the world in seconds via Abra’s iOS and Android apps. In addition to being more convenient and much quicker, Abra will often cost 50%-85% less than the traditional international money transfer options available today.

“In Mexico, where 60% of the population is unbanked, Abra enables anyone with a smartphone to transfer money locally and cross-border at a lower cost than traditional options,” stated Alvaro Rodriguez, Managing Partner of IGNIA. “We believe in Abra’s extremely experienced management team and the state-of-the-art technology they have developed. We see a huge need for this solution in Mexico and we are excited to work with the team to help them expand.”

In a statement, Bill Barhydt, CEO at Abra, said, “We started Abra to make it possible for the first time, to instantly send money between any two phone numbers in the world. I believe Mexico will be one of the biggest beneficiaries in the world of such a solution. We are grateful for the opportunity to partner with IGNIA to help bring Abra to Mexico.”