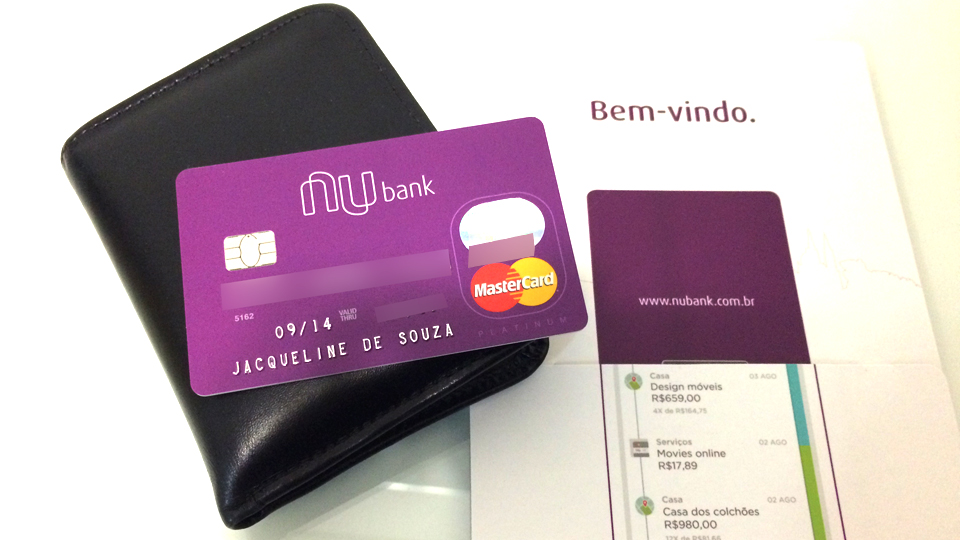 We believe Nubank is well positioned to bring the next generation of financial services to Brazil.

“We believe Nubank is well positioned to bring the next generation of financial services to Brazil,” says Elliot Geidt of Redpoint Ventures. “They’ve developed a modern credit card experience that delights customers, with lower fees, no physical branches to deal with, a great mobile app, and built-from-scratch tech infrastructure.   The explosive growth of their customer base is rare among financial services products, and is indicative of a strong need in the market for a better experience.  We believe the brand they are building is powerful, and that the customer relationships they have built will endure.  David has collected some of the best technology and financial minds in Brazil and globally to build Nubank; I think they are just getting started in their journey of innovation in the Latin American financial services market, which is great news for consumers.”

DST Global, the investment firm started by a Russian venture capitalist, Yuri Milner, has led an $80 million private investment in a Brazilian start-up called Nubank, the company is expected to announce this week. The new financing suggests that despite Brazil’s political and economic upheaval, the financial technology sector remains a bright spot.

Peter Thiel’s Founders Fund, QED Investors, Sequoia Capital and Tiger Global Management, all prior investors in Nubank, also joined the investment round, which closed in late November, David Velez, the company’s founder and chief executive, said in an interview.

New backers Redpoint and Ribbit Capital, which over the last six years have been two of Silicon Valley’s most active investors in Brazil, also participated. Mr. Velez did not disclose the private company’s current valuation.

The investment comes at a time when the broader financial technology sector in Brazil is gaining traction.

Last week, the online trading platform XP Investimentos, backed by the private equity firm General Atlantic, said it had acquired Rico, another online investment platform. It paid approximately 400 million reais, or $116.7 million, according to Isaias Sznifer, a principal at Greenhill & Company in Brazil, the firm that advised Rico’s founding shareholders on the deal.

We think there’s a lot of interest, both from local and international players in the space, and we expect to see a number of transactions in the full spectrum of fintech in the coming 12 to 24 months

“We think there’s a lot of interest, both from local and international players in the space, and we expect to see a number of transactions in the full spectrum of fintech in the coming 12 to 24 months,” said Mr. Sznifer, a former Goldman Sachs vice president.

DST Global has been an active global investor in the segment known as fintech, though this is its first foray into Brazil. Mr. Milner started investing in internet companies in Russia and Eastern Europe more than a decade ago. In 2009, the firm, then known as Digital Sky Technologies, invested in Facebook. It became one of the social network’s largest owners before its initial public offering.

The firm also backed Twitter in 2011, before its initial public offering. Over the last several years, DST has invested heavily in the United States and China. Brazil was off the firm’s radar, until now.

Nubank provides a digital credit card for smartphones. It is looking to take customers away from Brazil’s highly profitable banks.

Brazil has some of the highest interest rates among emerging economies even after the country’s central bank has recently begun to lower its benchmark Selic rate for the first time since 2012.

The average annual interest rate for credit cards as of October was 119.7 percent, up from 97.5 percent in October 2015, according to data from Brazil’s Central Bank.

Nubank’s monthly interest rate ranges from 2.75 percent to 14 percent, depending on a customer’s credit history. Even that upper rate is lower than the average rates offered by Brazil’s largest banks, according to the most recent weekly central bank data.

Mr. Velez, a former Sequoia Capital partner, said the new financing was “a bit more of growth capital to expand our customer base.”

He said the company, which now has 392 employees, has received more than seven million applications for its card and has more than half a million people on a wait list.

“To sustain our growth, we need to put the capital into systems, infrastructure, in people, and make sure we maintain really good customer service and great technology and infrastructure,” he added.

Nubank also faces growing competition from Brazil’s traditional banks. Santander Brasil recently introduced a competing product, as did Banco CBSS, which is a joint venture between Banco Bradesco and Banco do Brasil. Bradesco has other digital initiatives as well, and Banco Itau is growing in that space.

The president of Itau, Roberto Setubal, said at an event this year that fintech companies “represent a challenge and an opportunity” for his and the other large banks. Last year, Itau together with Redpoint started Cubo, a co-working space for start-ups in São Paulo.

Still, Nubank has momentum. One sign of its appeal is that it has lured multiple prominent foreign investors to make their debut investments in Brazil. The company was Sequoia Capital’s first investment here.

Similarly, Founders Fund’s first investment in Brazil was in Nubank one year ago, even though Mr. Thiel had invested in the country through his other investment funds.