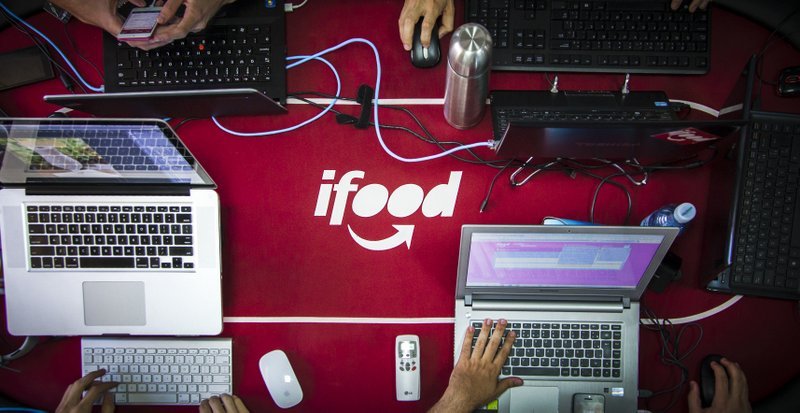 Movile and Just Eat injected another US$30m into iFood, the leading online food ordering platform in Latin America, just a year after a $50m Series E. The funds will be used to expand its operations and establish a presence in Mexico by acquiring a portion of SinDelantal. Movile, in turn, raised a $40M Series F last month from Naspers and Innova Capital.

The news follows a strong year of growth for iFood, which has increased its leadership position in the Brazilian market and now has a partner network of over 10,000 restaurants

SAO PAULO, Brazil (July 15, 2016) – iFood, the largest online food ordering platform in Latin America, today announces that it has raised $30 million in funding from JUST EAT, the world’s leading digital marketplace for takeaway food delivery, and Movile, a leader in mobile commerce. The funds will be used to expand its operations and establish a presence in Mexico by acquiring a portion of SinDelantal.

SinDelantal is Mexico’s largest food delivery service and was acquired by JUST EAT in February 2015. It subsequently grew following the purchase by JUST EAT of hellofood Mexico in February 2016. Following the acquisition by iFood of a 49% stake in SinDelantal, the joint venture will be managed by local IF-JE management, leveraging Latin American know-how and scale to establish the business as the market-leader across the two most important markets for online takeaway in the region. Terms of the deal were not disclosed.

“At iFood we are constantly thinking about our mobile experience. We want to be the best and easiest way to order food from your phone”, explained Felipe Fioravante, CEO and cofounder of iFood. “Movile’s mobile expertise has been essential in creating our world-class experience which we are always improving, as demonstrated by the acquisition of SpoonRocket’s technology to improve our logistics backend.”

Since launching five years ago, iFood has brought aboard over 10,000 partner restaurants to its platform, facilitating more than 1,7 million deliveries monthly today. Last year, it’s growth reached 143%. By deliveries facilitated, the company is the leading food delivery service in Brazil and Mexico, which together represent 70% percent of Latin America’s GDP. Furthermore, restaurants report a 20% boost in revenue after joining the iFood platform, a testament to the company’s consumer appeal.

“It was a natural decision to work with iFood in Mexico after seeing the success in Brazil”, commented David Buttress, CEO of JUST EAT. “iFood has an intimate understanding of the local markets as well as expertise in executing on mobile. It’s a winning combination that we’re looking forward to expanding on.”

“With the growth and engagement we’re seeing in Latin America, iFood is well on its way to becoming a global player, like Movile and other products and services we offer”, said Fabricio Bloisi, CEO and founder of Movile.

Recent research from Business Insider Intelligence confirms Mexico’s importance in the Latin American e-commerce market. Second only to Brazil in overall size, the country is expected to reach $11 billion in total sales by 2019, with a multi-billion dollar food delivery industry according to research from Euromonitor. Across the world, Latin American e-commerce is one of the fastest growing markets and is estimated to reach $47 billion by 2019.

iFood, Brazil’s leading online food delivery platform, allows clients to place orders both online and via apps for mobile devices, available in the iOS, Android and Windows Phone operating systems. Among the company’s investors are groups such as Movile – one of the top groups of the mobile app market worldwide – and Just EAT – largest global online ordering group, with estimated market value of USD $4 billion. iFood currently operates in more than 100 of Brazil’s main economically active cities. The company intends to expand its services into other Brazilian cities and states, to include over 25,000 establishments and food chains by late 2016. For more information, go to www.ifood.com.br.

Movile is a global leader in mobile commerce. With more than 70 million customers each month, Movile powers leading companies within the on-demand entertainment, food delivery, ticket and logistics sectors and has Naspers as its main investor. For more information, visit movile.com/en.

JUST EAT plc operates the world’s leading digital marketplace for takeaway food delivery. Headquartered in London, we use proprietary technology to offer a quick and efficient digital ordering service for over 14.2 million active users and over 64,000 takeaway restaurants. JUST EAT is a member of the FTSE 250 Index.

iFood Raises US$30m from Movile and JUST EAT and Expands into Mexico was last modified: May 18th, 2017 by Julie Ruvolo
1
Facebook Twitter Google +