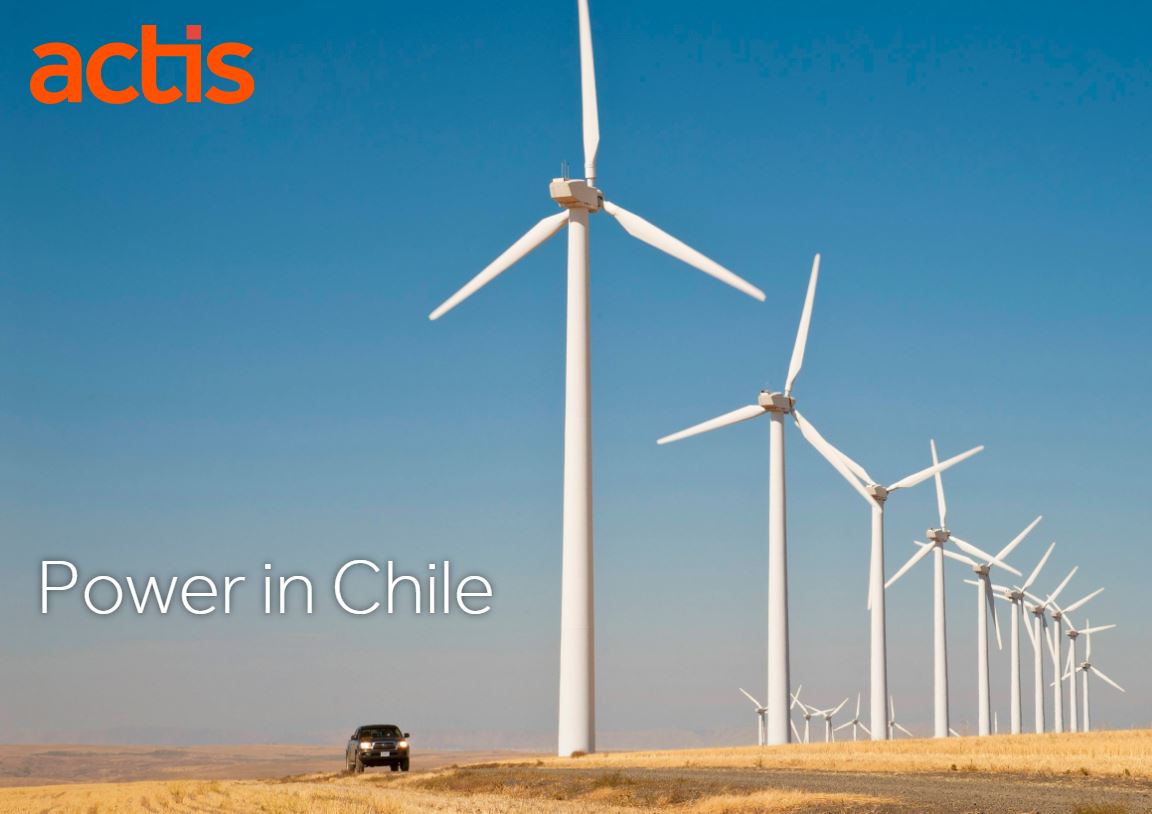 LAVCA caught up with Mike Till, Co-Head of Actis’ Energy Business and Michael Harrington, Partner of Actis’ Energy Business to learn more about the energy needs in Latin America and the opportunity for alternative energy and power generation. As Head of Actis’ new Mexico Office, Harrington also spoke to the extensive reform of its energy market which adds momentum to Actis’ investment thesis in the power sector. Harrington & Till: Actis was established in 2004 when it spun out from CDC Group plc (CDC, formerly Commonwealth Development Corporation). The UK government established the CDC in 1948 to provide development finance to businesses located in former British colonies across Africa, Asia, and the Caribbean, and later, countries beyond the Commonwealth. Sharing in this legacy, Actis benefits from a history of deep local networks with a broad geographic footprint, a strong reputation, and a history of landmark transactions in the markets in which it invests.

Since its spin out in 2004, Actis has grown to become one of the leading independent fund managers focused exclusively on investing in growth markets, raising US$8.9bn in new commitments over the period from its inception to 31 December 2015, and now manages capital for over 200 institutional investors. As at 31 December 2015, Actis has approximately US$6.7bn in funds under management, employs approximately 100 professionals who work across Actis’ private equity, energy and real estate businesses in 13 offices in Beijing, Cairo, Johannesburg, Lagos, London, Mexico City, Mumbai, Mauritius, New Delhi, New York City, Nairobi, São Paulo, and Singapore.

LAVCA: How does Actis view the energy needs in LatAm?

Harrington & Till: Electricity is a scarce commodity in Latin America. There is a substantial investment requirement for the modernization of outdated power infrastructure and building of new capacity, as well as the modernization and operation of the electric grid. The supply and demand dynamics for electricity in Latin America, combined with a sustained regulatory shift towards private sector participation in the power sector since the 1990s, underpin the opportunity for Actis to make compelling investment returns at the same time as supporting economic growth through access to reliable, sustainable, and affordable power.

Whilst striving to meet the high growth in Latin America, the dynamics of the power market will shift in response to multiple factors including market reform, technological change, security of supply, affordability, and environmental/social considerations. As such, Actis believes that successful investments in Latin America’s energy sector require deep industry knowledge and experience to navigate the complex combination of these factors.

LAVCA: What about this sector makes it a good focus for Actis?

Harrington & Till: Most countries in Latin America continue to see strong demand for electricity and limited supply, and to help close this gap, they have sought the participation of credible actors in the private sector for investment. In addition, Latin America contains abundant natural resource endowments, including high wind capacity factors and solar irradiation, and vast hydrological systems, that have contributed to the ability for renewables to become a cost-competitive complement to the region’s electric systems.

LAVCA: Do you invest across generation and distribution? What types of companies would you look for when investing with this strategy?

Harrington & Till: Actis’ energy strategy focuses on building power generation companies by aggregating individual generation assets and investing in high-growth distribution companies. On the generation side, we look for opportunities to acquire and develop a number of projects that will create an energy company of scale that will be attractive to strategic and financial investors. On the distribution side, we look for companies that have sustained growth potential but can benefit from Actis’ deep expertise in improving key performance indicators including safety of the network, electricity losses, customer collections, quality of service and creating sound corporate governance and environmental, social and governance (ESG) best practices.

LAVCA: We’ve seen a lot of oil & gas funds raised globally. What do you see as the opportunity for alternative energy (wind, solar) and power generation?

Harrington & Till: Even at the low oil prices that we are seeing today, renewables remain cost-competitive in many of the Latin American markets that Actis targets.

One of the reasons for this is that over the last decade, renewable generation technologies have been consistently optimized and remain a low cost, sustainable complement to thermal generation. In addition, even in markets with an abundant supply of fossil fuels, governments increasingly pursue policies to diversify their power generation mix towards renewables due to the low volatility of the cost of electricity from renewable sources, growing relevance of environmental policy, and driving energy security.

LAVCA: What are the regulatory challenges of investing in energy projects in Latin America? Are certain markets more difficult than others

Harrington & Till: Latin America includes some of the most mature and liberalized regulatory frameworks within growth markets. For example, Chile was one of the first electricity sectors to be fully liberalized in the world, setting the point of reference for many of the systems in the region that went through liberalization processes in the past two decades.

The most interesting part about investing in this space in Latin America is the broad spectrum and constant evolution of sector reform towards liberalization. Mexico, the second largest electricity system in the region, is now undergoing a massive shift towards allowing private participation through the energy reform being advanced by government. Countries such as Venezuela, Argentina, and Bolivia have been more difficult markets as they have been less supportive of foreign investments in energy projects.

LAVCA: Is Actis deploying this strategy in other emerging markets? If so, what have you learned that you can apply to Latin America?

Harrington & Till: Over the last 15 years, Actis has focused on making investments in the power sector across Latin America, Asia, and Africa, including a total of 24 countries, including 8 in Latin America. Actis’ energy team includes 23 professionals with deep operational and investing experience in the power industry in these markets. The senior team has been together for on average, more than 10 years. This operational experience and level of focus allows the team to quickly substantiate an investment thesis and help identify operating levers to drive profitability.

LAVCA: Can you talk about how you’ve executed that strategy for the deal in Guatemala?

Harrington & Till: In January 2016, Actis completed the sale of its interest in Energuate, Guatemala’s largest electricity network, attending 1.6m customers. The buyer was IC Power, a regional strategic player with presence in several countries in Latin America. IC Power paid US$265 million for the purchase of Actis’ and its co-investors’ stake in Energuate.

Guatemala continues to be attractive to Actis as an investment destination. Favorable demographics are driving growth and a positive consumer environment in Guatemala — the country boasts a large and fast-growing population, high GDP per capita growth, rising urbanization levels, and an expanding middle class.

LAVCA: You recently opened an office in Mexico City. What are the drivers for having someone on the ground in this market? Why is Mexico a good opportunity for power and alternative energy specifically?

Harrington & Till: The opening of the office in Mexico City in 2015 reinforces Actis’ position in the energy sector in Latin America and allows Actis to capitalize on the many other opportunities in the region. Mexico is an OECD market and the second largest economy in Latin America, as such it is an important market for Actis to have presence as a dedicated growth markets investor. We see particular promise in the energy sector due to the size and expected growth of the opportunity. Mexico is currently undergoing extensive reform of its energy market which adds momentum to our investment thesis in the power sector.

In 2014, Actis established Zuma Energía (“Zuma”) an Actis majority-owned, renewable energy generation platform in Mexico. Actis plans the build-out of a 700+ MW generation platform, comprising wind and potentially solar projects, making Zuma one of the leading suppliers of competitive power in Mexico over the next five years. The construction of Zuma’s first 50 MW wind farm, Ingenio, was completed in 2015 and began commercial operations in January 2016. Zuma also owns a high quality pipeline of advanced development projects it expects to construct in the short-term.

LAVCA: What are typical holding periods for an energy investment and what are plausible exit opportunities for this sector?

LAVCA: Actis/Companhia Sulamericana were recently acknowledged in the 2016 LatAm PE Awards for Social Responsibility. Why is ESG an important quality when making investments in Latin America? Do these efforts help maintain relations with your LPs?

Harrington & Till: Actis targets consistent superior returns across asset classes over the long-term, bringing financial and social benefits to investors, consumers and communities. Actis believes that a responsible approach to ESG standards enhances investment performance by mitigating risk and creating opportunities. We believe enhanced returns driven by our commitment to ESG and Responsible Investing (RI) creates stronger and deeper relationships with our LPs.

Some of our LPs are development finance institutions and large public pensions that share our strong ESG values. Actis and many of its LPs have codified these shared values as signatories to the United Nations Principles for Responsible Investment (UNPRI), an investor initiative developed by the UNEP FI and the UN Global Compact. This joint commitment to supporting ESG, RI, and NPRI further strengthens our relationship with our LPs.

LAVCA:Why did you join LAVCA?

Harrington & Till: LAVCA supports the growth of the private equity and venture capital industry across Latin America, and Actis sees Latin America as a key market for growth over the next decade. Actis’ association with LAVCA is important as we value the resources it has built and its thought leadership in Latin America. It is a privilege to be included in LAVCA’s deep network of member firms and we look forward to continuing our relationship in the years to come.