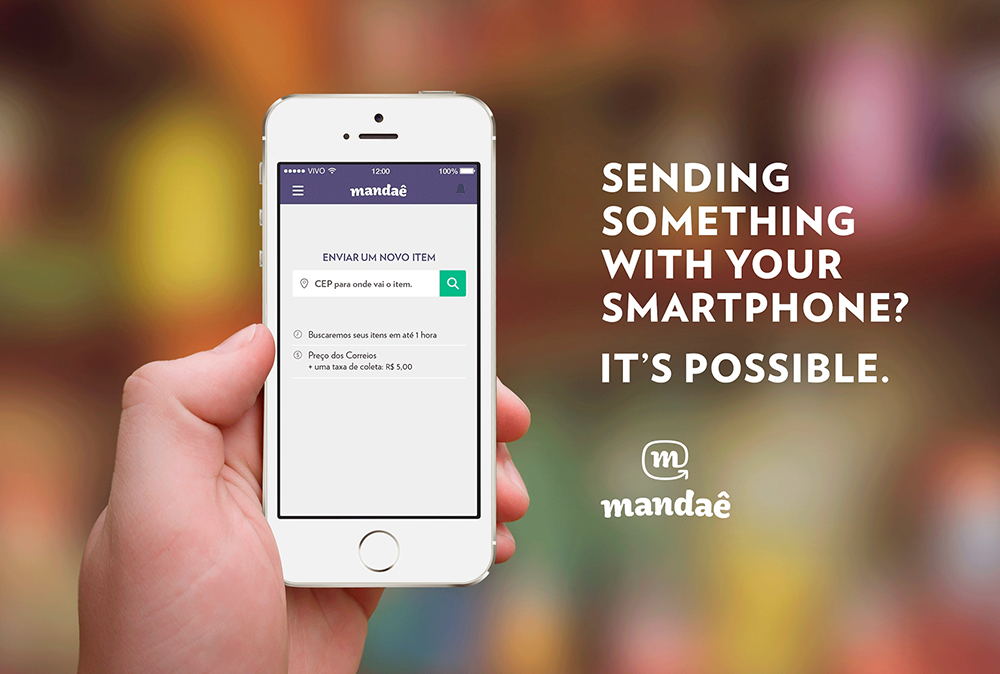 Mandaê is a shipping service a bit like Shyp — take a photo, and they’ll pick it up and ship it for you. But unlike in the US, where private courier services are abundant, Brazilians have few options other than the post office.

“To be clear, there are options such as Fedex/UPS/DHL here, although they ship mostly international shipments,” says Mandaê Founder/CEO Marcelo Fujimoto. “For domestic shipments, other private transporters do exist, but their share of the long-tail market is extremely limited. They’ve long wanted to enter this space, but none has been able to do so at scale or with competitive pricing. For example, if you wanted to ship something as an individual with Total Express, one of the largest private couriers in the market, it’s impossible without Mandaê.”

Mandaê raised a $1.5M Series A in August 2015 from Kima Ventures and Hans Hickler, former CEO of DHL Express USA and an advisor to the company. Last year they grew shipment volume 10X and revenue by 8X.

In February they launched a strategic partnership with TotalExpress, which also has shipping arrangements with retail giants Walmart, Dafiti and Netshoes, to ship packages for Mandaê users (businesses and individuals alike). Fujimoto says Mandaê is the first platform that allows the objects of individuals/small-volume shippers to be shipped with transporters other than the Correios.

Mandaê announced it has closed a USD $2.5 million (BRL R$10 million) funding round from Qualcomm Incorporated, through its venture investment group, Qualcomm Ventures, with participation from existing investors Monashees+ and Valor Capital Group. This round brings Mandaê’s total funding to USD $5 million (BRL R$16 million). Earlier investors also include Kima Ventures and Hans Hickler, the former CEO of DHL Express USA. The company will use the funds to accelerate growth, scale its operations and continue to expand its team.

Mandaê has created a platform that simplifies the shipping process for individuals and small businesses in Brazil. Through their mobile and desktop apps, customers can specify the items they want to ship, and Mandaê will take care of the rest: from pick-­‐up, to packaging, to selection of the best carriers, to shipping the items.

Earlier this year, Mandaê started introducing private transporters onto their platform, including a strategic partnership with Total Express, one of Brazil’s largest private couriers. This marks the first time that Brazilian individuals and small-­‐volume shippers can have their items shipped with the same private couriers used by the largest e-­‐commerce players. Unlike the U.S. or Europe, where couriers such as UPS, Fedex and DHL are ubiquitous, private couriers in Brazil are essentially unavailable to the long-­‐tail of the market, servicing only the largest companies. By bridging access between the highest-­‐quality transporters and the long-­‐tail, Mandaê hopes to further help small businesses with their logistics needs.

“My co-­‐founder and I ran an e-­‐commerce business prior to Mandaê, and we can empathize with the small business owner who spends 2-­‐4 hours each day on fulfillment and shipping. We used to do this as well,” said Mandaê co-­‐founder and CEO Marcelo Fujimoto. “Mandaê is the logistics solution we would have wanted for ourselves. Our value proposition is extremely strong, especially in Brazil where small business owners face a dearth of options. As a result, we’ve grown very quickly and become a valuable and indispensable part of our customers’ operations.”

• Increased shipment volume by 10x and revenues by over 8x.

• Entered into integration partnerships with some of Brazil’s largest e-­‐commerce platforms, such as LojaIntegrada, and crowdfunding sites such as Catarse.