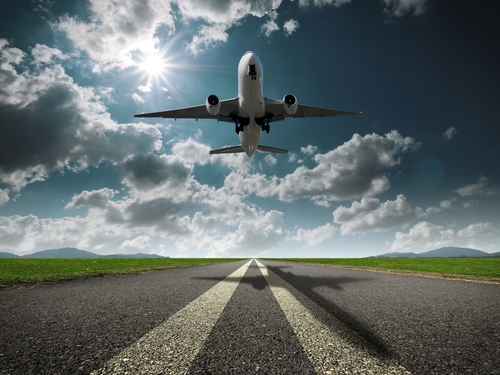 Travel Blog: Sao Paulo
I was in Sao Paulo this month to participate in a conference hosted by the Brazilian angel group Anjos do Brasil, and for meetings with some entrepreneurs and investors. Anjos is headed by Cassio Spina, who has been doing great work raising the profile of angel investing in the country, hosting events, generating national media coverage, and interacting with the government.

The event brought together members of angel groups from Florianopolis (Floripa Angels) and Rio (Gavea Angels), as well as some investors active in the HBS Alumni Angels chapter in Brazil. The angels I spoke with were mostly successful Brazilian business owners who had started seeding other entrepreneurs, typically in the IT sector. Technology has been one of the most dynamic sectors for investment in LatAm over the last five years, with an increased number of new deals each year spanning from IT infrastructure to SaaS, data storage, mobile apps and e-commerce.

My panel was on the relationship between angels and venture capital investors. Several Brazilian VCs confirmed for me that over the last year local angel investors have been reaching out to them to co-invest on first rounds. This can generate some tension on valuations, the perception being that VCs are willing to pay a higher price for a stake in an early stage company.

While participants at the Anjos do Brasil event were overwhelmingly Brazilian, the startup scene in Brazil has attracted a significant number of Americans and Europeans who are working alongside locals to launch and invest in new ventures. One of my visits in Sao Paulo was with Kai Schoppen, a German Internet entrepreneur and angel investor who relocated to Brazil three years ago. His most recent startup is Infracommerce, which provides services to support the operations of e-commerce companies.

I also paid a visit to the Startup Mansion, one of several buildings near Faria Lima where Internet entrepreneurs are sharing space. I met Forian Hagenbuch, a German who grew up in Brazil and worked for Silverlake for two years before leaving to launch Printi, a company offering an automated online platform for printing. Before moving into the Mansion, Printi shared space with Baby.com.br, an e-commerce play backed by Accel and Tiger Global, which was launched by American entrepreneur Davis Smith.

But one of the most important new players among early stage investors in Brazil is the most local – e.Bricks Digital, the vehicle launched last year by Grupo RBS, the country’s second largest media group. e.Bricks was initially created as a way to structure RBS’ digital portfolio, but the group quickly expanded into backing new e-commerce and tech ventures, including Wine.com.br.

The team is headed by Fabio Bruggioni, and I saw Pedro Sirotsky Melzer on my trip, who I had last encountered when he was with Warehouse Investments. They are launching a $100m VC fund, and both Fabio and Pedro will be participating in the venture capital program hosted by LAVCA in New York on September 26.

I had expected to see the Sao Paulo traffic slowed to a crawl as a result of demonstrations, but most of the activity had died down by the time I was running from meeting to meeting. Nonetheless, I consulted with everyone from taxi drivers to fund managers to get their reading on the significance of the unexpected outpouring of popular discontent.

The consensus was that the demonstrations are a positive development for the country, and that in the mid to long term this could help drive the kind of reforms the business and investment community desperately need in order to succeed, and for Brazil to continue to attract foreign capital. Demonstrators included thousands of middle class consumers who, over the last decade, have had access to a wide range of new consumer products, and are now holding their elected officials accountable to provide infrastructure, education and healthcare, among other basic services.

Private investors have a major role to play in those sectors, and in fact Brazilian VC firms have cited a general shift away from e-commerce plays towards ventures targeting the application of technology to education in particular, as well as more business to business opportunities.

Some of the 2013 deals in the space include Eduk, an online education platform for adults, which received series A investment from Monashees Capital, and Starline Tecnologia, backed by Confrapar, which develops software for higher education. Among the b2b deals, ContaAzul, a web-based business management platform for small and medium enterprises, received series A round financing from Monashees Capital, Ribbit Capital and 500 Startups.

As for Brazil’s private equity investors, they do not appear to be panicking in light of relatively dismal GDP predictions for 2013. Most managers expect the slowdown to have a positive impact on valuations for target companies, and were also hopeful that demonstrations might ultimately translate into a political shift. Notably, both KKR and Apax have opened local offices in Sao Paulo in recent months.